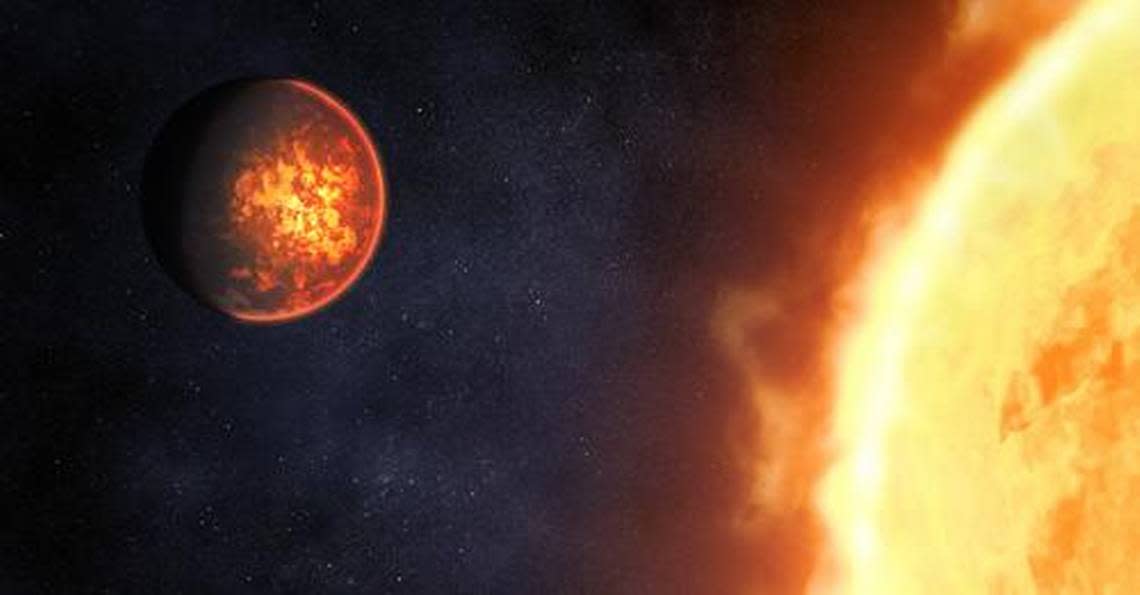 Did NASA find hell? Scientists prepare to see a world that is constantly burning for the first time

In the coming weeks, the James Webb Space Telescope will be able to observe conditions on a “super-Earth” 50 light-years away for the first time, and NASA is preparing for some nightmarish sights.

The planet, named 55 Cancri e, orbits so close to “its Sun-like star” that surface conditions could literally be like the hell of the biblical description: a dimension in a constant state of combustion.

The data shows that 55 Cancri e is less than 1.5 million miles from its star, 1/25 of the distance that Mercury is from our sun, NASA says.

“With surface temperatures well above the melting point of typical rock-forming minerals, the day side of the planet is thought to be covered in seas of lava,” NASA reported May 26.

“Imagine if the Earth were much, much closer to the Sun. So close that an entire year lasted only a few hours. So close that gravity locked one hemisphere in permanent scorching day and the other in endless darkness. So close that seas boil, rocks melt and clouds rain lava.”

Nothing like it exists in our solar system, says NASA.

Among the things scientists hope to discover is whether the planet is “tidally locked, with one side facing the star at all times” or whether it rotates in a way that would create day and night.

First glimpses from NASA’s less powerful Spitzer Space Telescope show that something mysterious is happening at 55 Cancri e, because the hottest spot isn’t the part that looks directly at its star.

One theory is that the planet has “a dynamic atmosphere that moves heat,” NASA says.

Another idea is that 55 Cancri e rotates to create day and night, but with nightmarish results.

“In this scenario, the surface would heat up, melt and even vaporize during the day, forming a very thin atmosphere that the Webb telescope could detect,” says NASA.

“In the afternoon, the steam would cool and condense to form lava droplets that would rain back down to the surface, turning solid again by nightfall.”

The James Webb Space Telescope is expected to be fully operational in “just a few weeks” with its first observations over the summer, NASA says.

The telescope is capable of detecting the presence of an atmosphere, scientists say.

His first year will be spent studying 55 Cancri e and the airless planet LHS 3844 b, to try to understand “the evolution of rocky planets like Earth,” says NASA.

The 9 limits that keep the Earth in balance