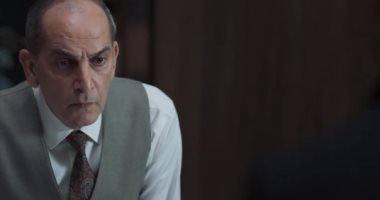 Did Hisham Selim suffer from cancer?

A great controversy arose after the publication of news about the artist Hisham Selim’s injury to cancer, between confirming and denying the news, amid the 64-year-old star’s silence without officially declaring that he was infected with the disease, and his disassociation from authorizing any media outlet inside or outside Egypt, which made Many ask: Did Hisham Selim really have cancer?

The beginning with a statement from the artist Hisham Selim, in which he talks about his health condition in an audio recording of the program “et In Arabic, he explained that his health is good, saying: “I am, praise be to God, well, and everything is perfect, praise be to God, and the cancer that you say about it now is better than Covid, and the needs that waste human beings in 3 days, all that our Lord answers is good and I am fine until now, thank God and I am sitting in Sukhna,” without a clear statement that he had the disease.

And soon a number of art stars sent messages of support to the artist Hisham Selim, most notably the star Sherihan, who was keen to send a message to the companion of years of struggle, and Sherihan wrote through her account on the micro-blogging site Twitter: “Your safety, my love. Friend of my good, beautiful days”, and attached the tweet with a white heart.

In the midst of all this, several press reports were published that Hisham Selim is in good condition and is with his family in Ain Sukhna, denying all the news that was raised, and that the reason for this rumor was his disappearance from participating in any artwork during recent years.

For our part, we tried to communicate with the star Hisham Selim to check on him, and reassure his fans everywhere, but until writing these lines he still turned off his phone, which made it difficult to reach him and settle the matter once and for all.