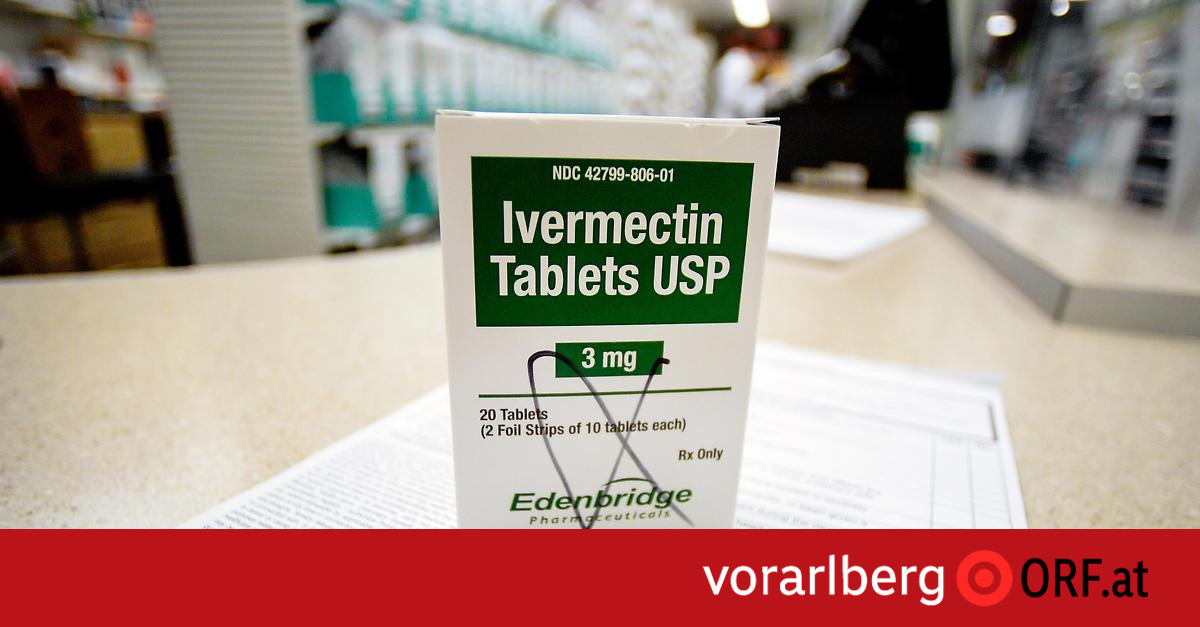 Ivermectin, a drug for horses, is repeatedly touted as a CoV miracle drug by those who oppose vaccinations. Some customers have already made inquiries in Vorarlberg’s pharmacies and veterinarians are also warning about the de-worming agent.

FPÖ boss Herbert Kickl and vaccination skeptics repeatedly recommend ivermectin as a the Coronavirus drug. However, Ivermectin is not an approved CoV drug, but an agent against parasites in horses. Nevertheless, the drug was partially sold out in Upper Austria.

Ivermectin, a drug for horses, is repeatedly touted as a CoV miracle drug by those who oppose vaccinations. Some customers have already made inquiries in Vorarlberg’s pharmacies, and veterinarians are also warning about the deworming agent.

In Vorarlberg, too, there are always people in pharmacies who ask about the medication. Ivermectin was developed to drive worms out of horses’ intestines. There is also a variant of the remedy for humans, called Scabioral, and is supposed to help against scabies.

In developing countries, the drug is also used against river blindness caused by worms. According to official information, it is good for more, but not. Nevertheless, there are doctors in Vorarlberg who prescribe the drug as a CoV drug.

But only a few, says the President of the Chamber of Pharmacists, Jürgen Rehak: “Yes, we have occasionally seen prescriptions from doctors who have had something like this made in capsule form,” says Rehak. But they are really exceptions.

Pharmacist Eric Trauner from Egg has also had customers who asked about ivermectin. If the prescription comes from the dermatologist and is supposed to help against scabies, he’ll provide it – otherwise not.

Veterinarians warn against the equine worming agent. If dosed incorrectly, it poisons people, says Robert Griss, head of the Veterinary Association in Vorarlberg: “The drug kills adult worm stages. The dangerous thing about this is that the therapeutic range is relatively narrow. Overdosing also leads to symptoms of poisoning in horses. I would describe an unprofessional application in humans as highly negligent. There are also no solid studies that ivermectin helps against corona. “

So experts say “hands off” ivermectin. On the other hand, an alleged new “miracle cure” against Corona is much safer: special homeopathic globules. An effectiveness against the virus has not been confirmed by any scientific study for homeopathy either.