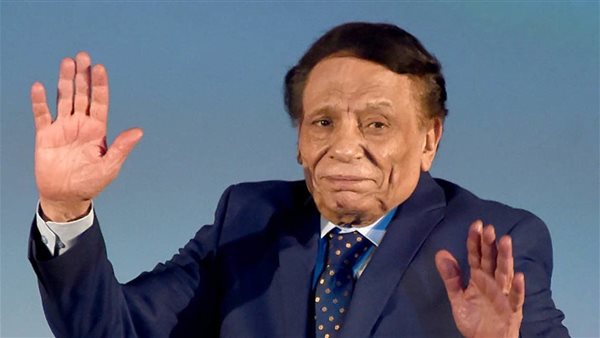 The past days have witnessed a number of stars exposed to various health crises, and perhaps the most prominent of these stars are Adel Imam and Hani Shaker, in addition to the artist Dalal Abdel Aziz.

In the following report, we monitor the latest developments in the health of all the stars who have been ill in the past few days.

Ramy Imam, son of the artist, Adel Imam, confirmed during his presence in the special screening of the movie Some Go to the Authorized Twice that his father is fine and in good health, and reassured the audience who always asks him about his health.

The star, Muhammad Imam, shared a photo with his followers on his official page on the social networking site “Facebook”.

And in the photo, a banner appeared in one of the streets bearing the image of the leader, Adel Imam, and it was written, “In representatives, but in the leader.”

Muhammad Imam commented on the photo and wrote: “The leader and attached two hearts to it.”

The site of the short tweets, Twitter, was incorrectly filled by the leader, Adel Imam, in which he appeared with his son, the artist, Muhammad Imam, but the promoters of the image tampered with it, and added changes to it using photo editing programs.

The truth of the matter is that the false image in which Adel Imam appeared with a white beard is unreal, as it has been modified and a white beard was added to it, while the original image belongs to the wedding of his son Muhammad Imam, which took place a few years ago.

The health condition of the artist Hani Shaker, the captain of the musicians, has stabilized after he went through a sudden crisis that forced him to stay for several days in intensive care, and the cancellation of his concert at the Egyptian Opera House last week.

The return of Hani Shaker

Hani Shaker confirmed the improvement and stability of his health condition in a video broadcast on his personal account on Facebook, and that his crisis has passed well, indicating that the coming period will be a period of recovery.

Hani Shaker responded to rumor mongers who aim to spread and raise anxiety on social media, with this video, announcing the holding of his concert again next August 1, on the open stage of the Egyptian Opera House.

Hani Shaker explained: “I say to those who spread such rumors, God suffices, and He is the best agent,” referring to the circulation of some sons about his death.

The artist, Hani Shaker, suffered a sudden health crisis hours before a concert at the Opera House, and he was transferred to a private hospital and placed in intensive care after suffering from stress and heart problems.

Hani Shaker revealed the developments of his health through a video from his hospital bed.

He said: “My beloved audience, I apologize for today’s concert at the opera, and I am a little tired and my heartbeat is not good, and I do tests and examinations, and I must be at least 48 hours in care, and God willing, we will set a very soon date.”

Speculation increased in the last hours about the development of the artist’s health condition, Dalal Abdel Aziz, and the possibility of her being discharged from the hospital soon, after staying there for more than 70 days.

Dr. Mohamed El-Nadi, a member of the Scientific Committee to Combat Corona at the Ministry of Health and Population, revealed the developments in the health of the artist, Dalal Abdel Aziz, saying that there is hope for an improvement in her condition.

Dr. Muhammad Al-Nadi, during his hosting of the CBC program “Al-Satat Ma’arfush Liqubwa”, explained that Dalal Abdel Aziz still needs oxygen and devices that help the muscle of the soul to perform its function.

A member of the Corona Control Committee stressed that Dalal Abdel Aziz has not recovered, and she still suffers from post-Corona symptoms syndrome, but hope is always present with scientific support that helps her improve.

Dr. Mohamed El-Nadi explained that Dalal Abdel Aziz is constantly placed on a non-perforating respirator, that is, without an laryngeal tube, and she is currently able to breathe on her own, but the oxygen rate drops rapidly.

Sada Al-Balad website learned two days ago from close sources that the artist, Dalal Abdel Aziz, is still suffering from a lack of oxygen, which affects the activity of some vital organs in the body.

Doctors fear that complete fibrosis will occur in the walls of the lung’s alveoli, which in turn will lead to the destruction of the blood vessels in the lung tissue, which will cause the lung to lose its most important function, which is to load blood with oxygen and rid it of carbon dioxide.

The case of Dalal Abdel Aziz is witnessing great instability, as the case sometimes witnesses a decrease in oxygen in the blood; After putting them on the devices and regulating their condition, they return to a slightly higher percentage.