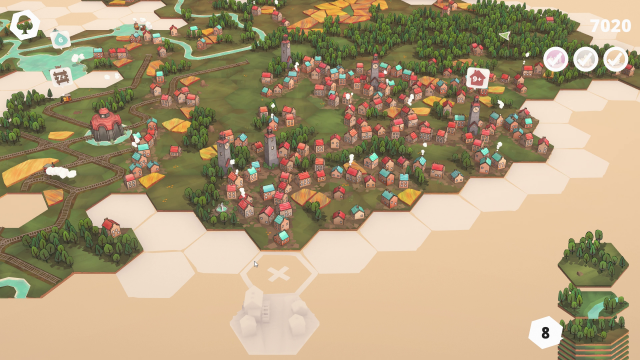 Development game from Germany – Dorfromantik: How did the final Steam release go?

4/29/2022 at 2:41 p.m
von Sara Petzold –
Dorfromantik, the German surprise hit in the construction genre, recently celebrated the final Steam release of version 1.0 after a long early access phase. We looked at what fans thought of the launch.

The developers of Dorfromantik have made it: Their small but fine indie game, which turned out to be a real insider tip among fans of relaxed development strategies in its early access phase, has reached the status of a finished release version 1.0. On April 28, 2022, the Toukana Interactive team officially ended the early access phase and released the full release of the title. But how did the first day actually go?

The release of version 1.0 does not mark the end of development

One thing is for sure: the player numbers on release day went through the roof. In addition to the fact that the full version brings some new features, this may also be due to the fact that Dorfromantik is currently available in the Steam Store with a 30 percent discount for less than ten euros. While up to 700 players have regularly been out and about in Dorfromantik in the past few weeks, this number jumped to over 3,000 players on the release date of Update 1.0.

00:30
Village romance: The trailer for the release version

Meanwhile, the ratings on Steam are still very positive: 94 percent of the reviews written in the past 30 days (289 in total, as of April 29, 2022 at 10:00 a.m.) are positive, and there are even 97 reviews for all reviews combined percent (12,910 reviews). The developers can therefore look back on a very successful start of the full version, which has the following innovations in its luggage:

By the way, you can read in detail what has happened in Village Romance with Update 1.0 in the official article by the developers on Steam. It also contains an interesting detail: the Toukana team promises that the game is far from finished. The developers didn’t want to reveal any details yet, but we’re excited to see where the journey is going.

Jump to the comments (6)