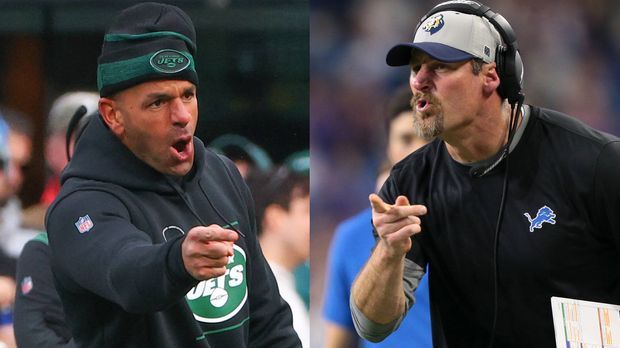 Munich – Those who do badly in the NFL season get a few “consolation prizes”.

In addition to early draft picks, this also includes the opportunity to coach the two teams at the annual Senior Bowl. This gives the coaches an exclusive look at the talents as they prepare them for the game on February 5 in Mobile (Alabama) during the training week, so they get to know them better.

The talents, in turn, can prove their skills again before the draft and show themselves in front of numerous NFL scouts, who will also be present at the game.

In 2022, the Detroit Lions, the team of the German wide receiver Amon-Ra St. Brown, and the New York Jets will take over the training work, which begins on February 1.

Head coaches only in an advisory capacity

The main difference to the past: The head coaches Dan Campbell and Robert Saleh are “only” active in an advisory capacity and appoint a member of their staff to take on the duties of the head coach. The other roles can also be redistributed as required.

“We look forward to kicking off our 2022 offseason with the Senior Bowl and seeing some of the best college players prepare for the next level firsthand,” said Campbell, “My team and I welcome this unique opportunity.”

Well-known players were already there