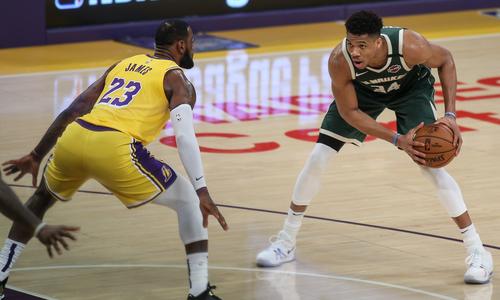 Shams Charania and Adrian Wojnarowski give details on the NBA restart plan.

The time is no longer for conditionality, speculation and doubts. Various sources, and in particular the very well informed Shams Charania and Adrian Wojnarowski, unveil this Wednesday the plan for the resumption of the NBA season which will be submitted, this Thursday, to the vote of the “Board of Governors”, the assembly of the bosses of the 30 franchises. . A plan that has every chance of being adopted. And for good reason: Charania, from The Athleticand Stadium, ensures that the proposals have been established after multiple exchanges between the league and the various players in recent weeks.

Sources: NBA commissioner Adam Silver is planning to propose a 22-team format to resume the 2019-20 season

Story on @TheAthleticNBAwith full details of the play-in tournament for 8th seed: https://t.co/d7X3X6uCNI

The plan as a whole will be voted on, and not each of the resolutions individually. “Woj” has no more doubts about the outcome of the ballot: “The NBA is back,” said the journalist fromESPN. Which recalls a number of information that had already filtered, namely that the plan put in place by Adam Silver provides that this end of the season will take place from July 31 (date of the resumption) to October 12 (date of a possible Game 7 of the Finals), in a bubble in Orlando, on the Disney World site. And more specifically at the ESPN Wide World of Sports Complex.

A dam between the 8th and the 9th

For the rest, Adam Silver and the NBA therefore plan to invite 22 teams to Florida, the 16 who were in a position to make the play-offs (the ranking here) at the time of the interruption of the season, on March 11. after the announcement of the first case of coronavirus in the league, the French Rudy Gobert, but also Portland, New Orleans, Phoenix, Sacramento, San Antonio (Western Conference) and Washington (East).

All clubs will play eight regular season games. At the end of these meetings, the eighth of each Conference will automatically qualify for the “post-season” … if he has four matches or more ahead of the ninth. Otherwise, these two teams would have to fight. The eighth would only have one victory to secure its place, while the ninth would have to win twice to invite itself to the party.

All matches behind closed doors

Note that the 22 clubs affected by this resumption will begin their training in their facilities in July. They will finish this phase on the Orlando side, before attacking the matches on July 31, behind closed doors of course. The NBA will also put in place a strict health protocol in order to limit interactions between each other, even if players and staff members can for example play golf or eat outside, as reported. ESPN. Disney employees will also have to abide by a number of rules.

For example, it will be impossible for them to enter the rooms of the players. Finally, it should be noted that the press agency AP specifies that “certain elements of this recovery plan can still be modified, while points are still the subject of negotiations, such as the percentage of salary lost by the players due to the cancellation of certain meetings of the season”. In the meantime, and while the French championship and the Euroleague have drawn the curtain, basketball fans will soon be able to quench their thirst for play with the NBA.

If the NBA has not communicated on the subject, various American sources unveil this Wednesday the main lines of the resumption plan for the 2019-20 season, arrested on March 11 due to the coronavirus pandemic, which will be submitted this Thursday. , to the bosses of the 30 franchises: – An end of the season in isolation at Disney World (Florida). – The matches will take place from July 31 to October 12, date of a possible match 7. – 22 teams invited to the party, the top 8 from the West (LA Lakers, LA Clippers, Denver, Utah, Oklahoma City, Houston, Dallas, Memphis), the top 8 from the East (Milwaukee, Toronto, Boston, Miami, Indiana, Philadelphia, Brooklyn, Orlando), but also Portland, New Orleans, Sacramento, San Antonio, Phoenix (Western Conference) and Washington (East), that is to say the clubs which are at most six matches of the Top 8.- A jump-off between the 8th and the 9th in the end of the regular season if there is less than four game difference between the two teams. If so, the 9th should win twice, against only one for the 8th.