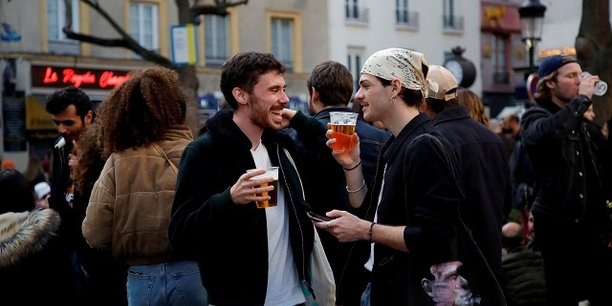 Despite the threat of the Delta variant, the French economy is accelerating faster than expected

The economic upturn is being confirmed day by day. After the upward revisions of INSEE and those of the European Commission, it is the turn of the Banque de France to forecast a stronger than expected acceleration of the French economy in June. With the gradual lifting of restrictive measures, Central Bank economists in their latest economic report unveiled Wednesday, July 7, anticipate growth of 1% in the second quarter against 0.5% in early June. “June is better than expected by companies. Our estimate is -2% compared to the normal level against -3% during the last survey. April was also better than expected. Given this information, the increase in GDP would be 1% against 0.5% in the second quarter. This is a fairly sensitive quarterly review. The third confinement had less economic impact than the previous ones “ explained the director of studies Olivier Garnier during a meeting with journalists.

Despite this upward revision, the banking institution has not revised its macroeconomic projections for the whole of 2021. “These results support our forecast of 5.7% GDP growth in 2021. This forecast is rather resilient to a possible new wave. This forecast is rather conservative […] The vaccination is a big change from previous waves. Containment measures would undoubtedly be less pronounced than in previous waves“ said the economist.

The French economy is rebounding more strongly than expected by the government, according to INSEE

Long entangled in an extended closure, many service sectors (hotels, restaurants, culture, events) were able to start lifting their curtains as summer approached. “The stronger-than-expected rebound comes mainly from services linked to the easing of health restrictions. In accommodation, the level of activity is at 53% while companies anticipated 45% during the last survey. month of July, the activity would continue to increase “ said Olivier Garnier. On the catering side, the level of activity is 70% of the level considered normal against 25% previously. The summer season should allow many establishments to recover their economic health.

See also  Kaag: comments about documentary not made at my request - Parool.nl

In industry, the sentiment of business leaders is more mixed with a production capacity utilization rate standing at 79% of its pre-crisis level. “The production capacity utilization rates in the automotive and aeronautics industries are well below the average level of the other branches. In the automotive industry, supply difficulties continue to weigh on as structural changes affect the industry. aeronautics “ said Olivier Garnier. Finally, in the building industry, the level of activity is higher than that of the pre-crisis level.

The lifting of restrictions and the recovery of the French economy has caused tensions on the employment front. After several months of partial unemployment and administrative closures, many workers have sometimes changed sector or profession. Others lost their jobs and moved to find work in another region. As a result, business leaders are reporting a sharp rise in recruitment tensions. “For all sectors, recruitment difficulties are increasing. The main difficulties are in services or construction” said Olivier Garnier.

Unsurprisingly, accommodation and catering are on the front line in the face of these difficulties, while the tourist season has started well. Finally, temporary work also faces huge obstacles. “The temporary work sector is the one reporting the biggest difficulties, with 85% (against 65% last month) of companies in this situation“ explain the authors of the conjuncture point.