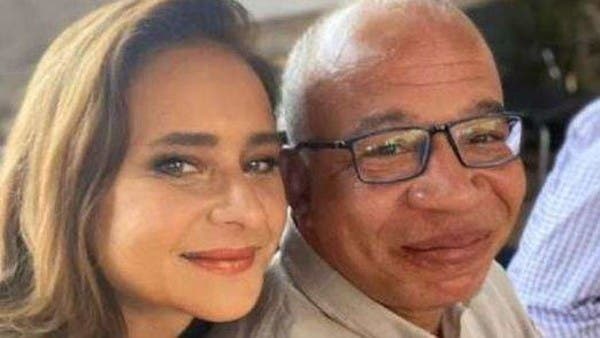 After the amputation of his foot, which he underwent two weeks ago due to complications from diabetes, the Egyptian artist Sherif El-Desouky returns to the filming site again, to resume his artistic activity in the series “Ba 100 Wush” in its second part.

In the details, the Egyptian artist, Mustafa Darwish, announced an artistic surprise, and posted on his Facebook account on Friday evening, pictures of Sherif Desouki with some of the series’ team, including Aser Yassin, and commented on it: “God willing, the first day of filming is with 100 very soon.” Within days, and the first scene will be seven, you will rise and break the world, Sharif.”

The Egyptian actor, Islam Ibrahim, wrote on his Facebook account: “Sherif will return, God willing, and this whole world will be a lesson in contentment and will. Our Lord made him a reason to remain an icon of positive energy, and help many people see him and love him. They have faith in God and his destiny, and that the next person is better with permission. God”.

Sherif El-Desouky surprised everyone last week, saying that he is currently preparing and reading scenarios for new works and doing “rehearsals” despite his health condition.

Shock in the artistic community

The amputation of Sherif El-Desouky’s foot caused a shock in the artistic community and on social media, and one of its positive results was the announcement by the United Media Services Company of the establishment of a “Workers’ Risk Fund” to support artists and media professionals in general in facing all risks, whether health or work risks.

The Egyptian artist was suffering from diabetes, and suffered a deep wound in his foot while filming the movie “A Men’s Stand”, and he was treated for 8 months so that his foot would not be amputated, but after the success of the treatment the first time, the doctors had to amputate the foot after months that worsened Where the artist’s health matters.

It is worth noting that Sherif El-Desouki became famous and was known to the public through the role of “Sabaa” in the series “Ba 100 Wush” last year, and he also participated in the last Ramadan in the series “Naguib Zahi Zarkash” with the artist Yahya Al-Fakharani as a guest of honor.