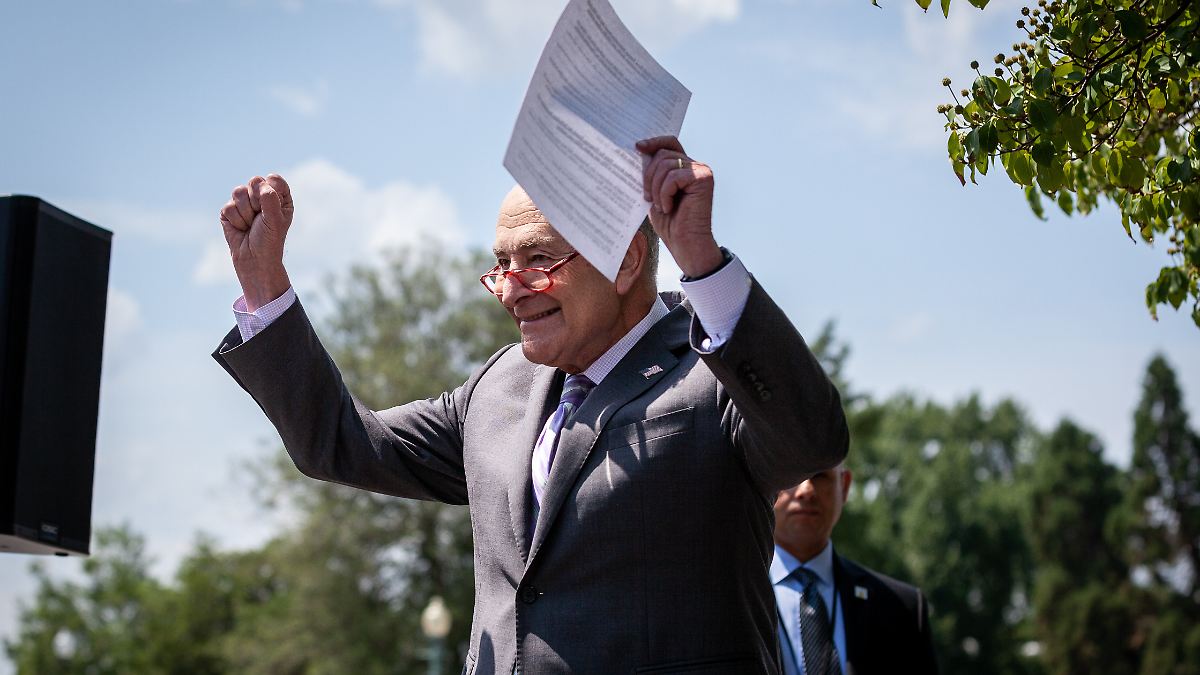 Despite fierce criticism from Republicans: US Senate passes Biden’s climate and social package

A year and a half after President Biden took office, the US Senate passed its multi-billion dollar climate and social package. The package envisages spending around $370 billion on energy security and climate protection and $64 billion on health care.

A year and a half after President Joe Biden took office, the US Senate approved his multi-billion dollar climate and social package. The package, which provides around $370 billion (around €363 billion) for energy security and climate protection and $64 billion for health care, was passed with the votes of the Democrats. The approval is a major achievement for Biden, who has so far failed to deliver on the major reforms that he promised.

Vice President Kamala Harris – who also chairs the Senate by office – cast the deciding vote by simple majority. Republicans voted unanimously against the so-called Anti-Inflation Act. With amendments, they had delayed adoption for almost 16 hours. In the end, all of the Democratic senators plus Harris voted in favor of the bill, providing the necessary majority of 51 votes.

After tough negotiations, the package is only a fraction of what US President Biden wanted to achieve for climate and social affairs. In particular, Democratic Senator Joe Manchin repeatedly torpedoed Biden’s plans. The Democratic Senate Majority Leader, Chuck Schumer, had negotiated changes with Manchin a few days ago and surprisingly presented an agreement.

Republicans can only delay

Schumer repeatedly emphasized that the most important elements of the law remained intact – such as reducing the cost of prescription drugs, combating climate change, closing tax loopholes and $300 billion for debt reduction.

After the vote in the Senate, the legislative package now goes to the House of Representatives, where the Democrats have a narrow majority. A few months before the congressional midterm elections in November, passing the law, even in its slimmed down version, would be a great success for the president and his party.

Republicans are also heavily critical of the new package. “We will do what we can to prevent this law from happening,” said Republican Senator John Thune on Friday. But Republicans’ options are limited as long as there are no dissenters within the Democrats. However, Republicans could continue to try to prolong the process with amendments.