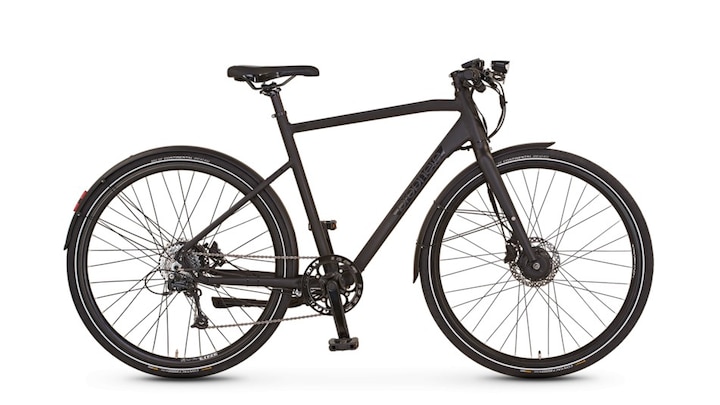 It is very similar to the VanMoof S3, but is significantly cheaper: We are talking about the Prophete URBANICER, which Alternate has currently reduced considerably. But be careful: the offer is only valid until midnight today!

E-bikes are quickly noticed. It’s not just the motor in the bottom bracket or in the hub that often looks bulky, the battery can usually not be overlooked either – even if it is integrated into the down tube. But whoever jets through the city with the Prophet URBANICER fits in inconspicuously in the series of classic bicycles. Neither a battery nor a motor can be seen, because both are located in the wheel hub. Yes, the battery too.

Facts about the deal:

What good is the Prophet URBANICER?

At first glance, the Prophete URBANICER looks like a classic bicycle. However, there is an AEG EasyDrive Mini motor in the front wheel hub and brings 40 Newton meters to the road. This is not the world, but it brings the driver comfortably through the city. Correct and skilful shifting is important here, so that the forces of the driver and those of the engine can work together and get the maximum range out of the way. But that shouldn’t be a problem either, because the Shimano Deore circuit has a total of 8 gears.

A great feature of the URBANICER is the battery. Unlike other e-bikes, this is not on or in the down tube, but is also hidden in the hub. But since there is not that much space, the battery capacity is relatively small. 252 watt hours fit in, which is just half the current standard. However, it has to be said that a 40 Nm motor is not a power hog either, which offsets the penalty a little. Nevertheless, the URBANICER remains a vehicle for the city and commuting and is not ideal for long weekend tours.

According to the Prophete, the range should be a maximum of 60 kilometers, which is, as always, an ideal value. In reality, the road surface, the terrain and your own driving style reduce the range. We estimate that you can cover between 40 and 50 kilometers with it in everyday life before the URBANICER has to be plugged in again. This is to be understood literally, as the battery cannot be removed. The bike weighs just 18 kilograms, which is very light for an e-bike. On average, they weigh 25 kilograms.

Our bargain conclusion: designer bargains for city drivers and commuters

1,299 or 1,249 euros is generally very cheap for a pedelec and the Prophete URBANICER clearly stands out from this price range. Seldom has an e-bike been so slim without having to do without something. The motor and the battery do not break records, but they should be enough for everyday use. But it is primarily worthwhile for city drivers, commuters with shorter distances or for a trip to the swimming lake. Long-distance riders should look for an alternative.

The most important questions when buying an e-bike:

How much does a good e-bike cost?

The prices for e-bikes vary widely. There are bargains for 500 euros and for high-end devices, up to 10,000 euros are sold over the counter. On average, however, pedelecs cost between 2,000 and 3,000 euros and there are excellent bikes in this price segment, especially for beginners.

Experienced riders who use either a city e-bike or an e-trekking bike should have between 3,000 and 4,000 euros for their electric bike.

The price range for electric mountain bikes also opens up again, although the rider’s wishes are very important here. Should it be a hardtail or a fully? How much spring travel is desired, which components should be installed? And of course … which trails should be used with it. If you are looking for a top device here, you should have between 6,000 and 8,000 euros in your account.

Why is an e-bike so expensive?

Many factors play a role, with the engine and drive being the main reason. Both are very complex and the manufacturers need many parts that are not available on a normal bicycle. In addition, they take longer to manufacture and often require new production facilities, which also affects the price. Since this is a relatively new market, a lot of new products are being developed. This leads to high development costs, which the manufacturers pass on to the purchase price.

Batteries also incur high costs because they require scarce raw materials such as lithium, which are quite expensive on the world market.

What are cheap e-bikes good for?

With cheap e-bikes, you always have to cut corners. You have to decide for yourself whether you are ready for this. For example, rim brakes are cheaper than disc brakes, but disc brakes have better braking properties. A less powerful engine also costs less, but has problems on inclines. Cheap e-bikes are therefore not bad per se, but their components are usually only suitable for short everyday trips in flat terrain. But if you want something of high quality or something for longer tours and inclines, you should dig a little deeper into your pocket.

When are e bikes cheapest?

E-bikes become cheaper towards the end of the season, as manufacturers are clearing their warehouses to make room for their new range. At the end of autumn and winter you can therefore find bargains like here at Fahrrad XXL. Especially since the technology doesn’t make any big leaps in a year, even the “old” e-bikes are still good. The only disadvantage: if you buy in winter, you will probably have to leave your e-bike standing for a while due to the weather.

How many watt hours should a good e-bike battery have?

That again depends on the personal use of the e-bike. If you mainly use the Pedelec in the city, 300 watt hours should be sufficient. For tours of medium length, you should choose a battery capacity of 400 to 500 Wh. For long tours even in difficult terrain, batteries from 500 Wh bring enough energy. Finally, you should think about what your personal driving style looks like. If you drive more sportily, you will also need more juice.

The current standard is currently 500 watt hours and there is a trend towards even larger capacities. That is why you can see more and more 625 Wh batteries being built into e-bikes.

Which e-bike is the lightest?

The lightest e-bike in the world was built by a German engineer from Dortmund and, at 6.872 kg, even made it into the Guinness Book of Records. However, this is a one-of-a-kind item. The lightest e-bikes available on the market weigh around 15 kg like the Geero 2. However, e-bikes usually weigh between 20 and 25 kg.

What does an e-bike cost to maintain?

The battery must be regularly charged with electricity. If we assume a conventional battery with 500 Wh and an electricity price of 30 cents per kWh calculated on average in 2020, then 15 cents will be charged for a complete charge. The monthly costs naturally depend on how often you are out on the e-bike and how much you use the battery. After 1,000 loads, costs of around 150 euros would have been incurred. That is manageable. It gets more expensive if the battery then has to be replaced because its remaining capacity only allows short ranges. Here you have to expect prices of 250 to 650 euros.

Which is the best e-bike motor?

There are two important parameters in e-bike motors. On the one hand, the maximum output: it is 250 watts for almost all e-bikes, whereby the motors are artificially limited to this value. Because in Germany they are only allowed to support the driver up to 25 km / h and then switch off automatically. In theory, however, you would be able to call up more power.

The other more important value is torque. In simple terms, this is the force with which the motor supports you in addition to its own strength. The torque is given in Newton meters and is usually between 50 and 85 Nm. The more Newton meters you have, the faster you can accelerate and the easier it is to overcome inclines.

The currently most powerful engines are:

But one cannot automatically say that the most powerful engines are also the best. On the one hand, they consume more electricity; on the other hand, it depends again on personal needs. Someone who wants to drive comfortably through the city neither needs the power, nor is it easily controllable for everyone. 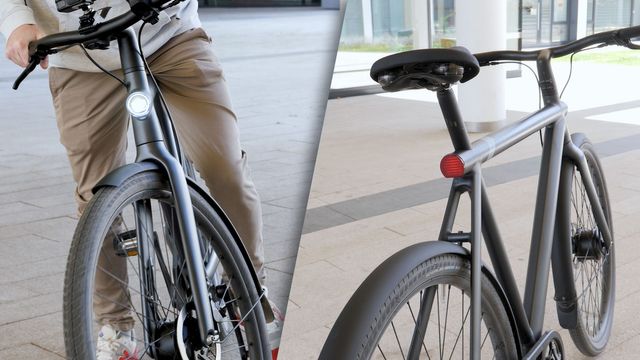 See also  a nice change of pace. The next upside targets