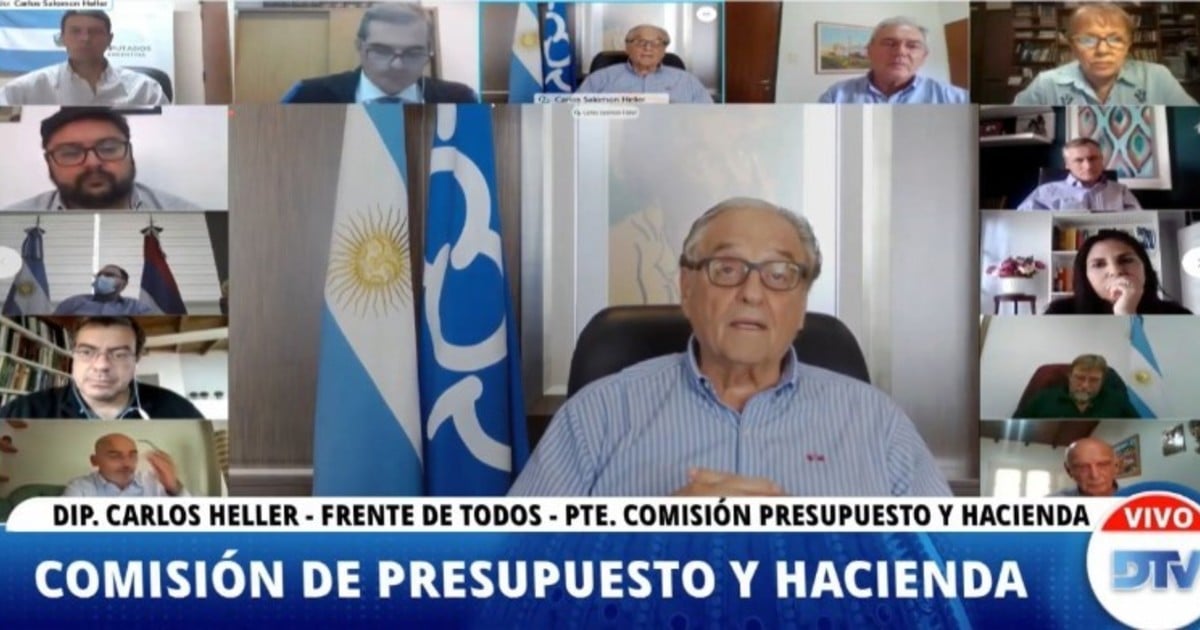 The social conflict in Cuba still has repercussions in the region and in a virtual meeting of the “Grupo Hermandad” in which former presidents such as Dilma Rousseff (Brazil), Fernando Lugo (Paraguay), Evo Morales (Bolivia), Ernesto Samper (Colombia) participated. , Argentine deputies from the Frente de Todos affirmed: “Homeland or die we’ll win” in support of the government of Miguel Díaz-Canel in the Caribbean island and received criticism from the opposition.

After the unprecedented protests in Cuba, which left at least one dead and more than 130 detained, politicians from the region organized the meeting of the “Grupo Hermandad”, which was moderated by Argentine Oscar Laborde, vice president of Parlasur.

Its main speaker was Cuban Foreign Minister Bruno Rodríguez, and had the participation of some national deputies from the Frente de Todos as Carlos Heller, Eduardo Valdés and José Luis Gioja with phrases that opened the controversy.

“The government of Argentina, Senators and deputies from the Frente de Todos are very close to Cuba. And we are available to do what Cuba asks of us and we see this attack very unfair that the people of Cuba are suffering, “said Valdés in the virtual meeting and gave way to Carlos Heller

There, the president of the Solidarity Party and Banco Credicoop, highlighted: “In my name, in the name of those of us who make up this block of the Frente de Todos (FDT) of Deputies and Senators of the Argentine Republic, our absolute solidarity, our unwavering commitment to the Cuban people, and once again, surely: Fatherland or death, we will win, it will be a way in which we will celebrate this other epic battle that Cubans are giving. “

Later, on social networks, Valdés expressed: “It is essential ask for the end of the economic blockade against Cuba. Our peoples are united by a relationship of historical solidarity. “

And it was crossed by an opposition deputy. “‘Homeland or death’ says Carlos Heller on behalf of the FDT bloc. Death is the permanent threat on the backs of Cubans, Nicaraguans and Venezuelans for asking for freedom. Those of us who fight against the dictatorship say “we are life, we are peace.” Whose side are you on? “Retructed Karina Banfi, radical deputy for the Province of Buenos Aires of the Together for Change bloc.

At the “Grupo Hermandad” meeting, the Cuban Foreign Minister affirmed that the protests are part of ” a political-media operation organized from United States territory, and from domains and accounts, mainly from Florida, with the use of very expensive high-tech tools, paid for with federal funds. “

And he referred to the impact of the coronavirus pandemic in Cuba: “With 11 million inhabitants on the island, the contagion and fatality rates are much lower than almost the entire planet.” And he charged against the blockade of the United States: “They prevented us from acquiring respirators for intensive therapy units or the purchase of supplies for the production of vaccines “

“Homeland or death” he says @CarlosHeller on behalf of the FDT bloc.

Death is the permanent threat on the backs of Cubans, Nicaraguans and Venezuelans for demanding freedom.

Those of us who fight against the dictatorship say “we are life, we are peace.”

What side are you on? https://t.co/WZhajYUUQT