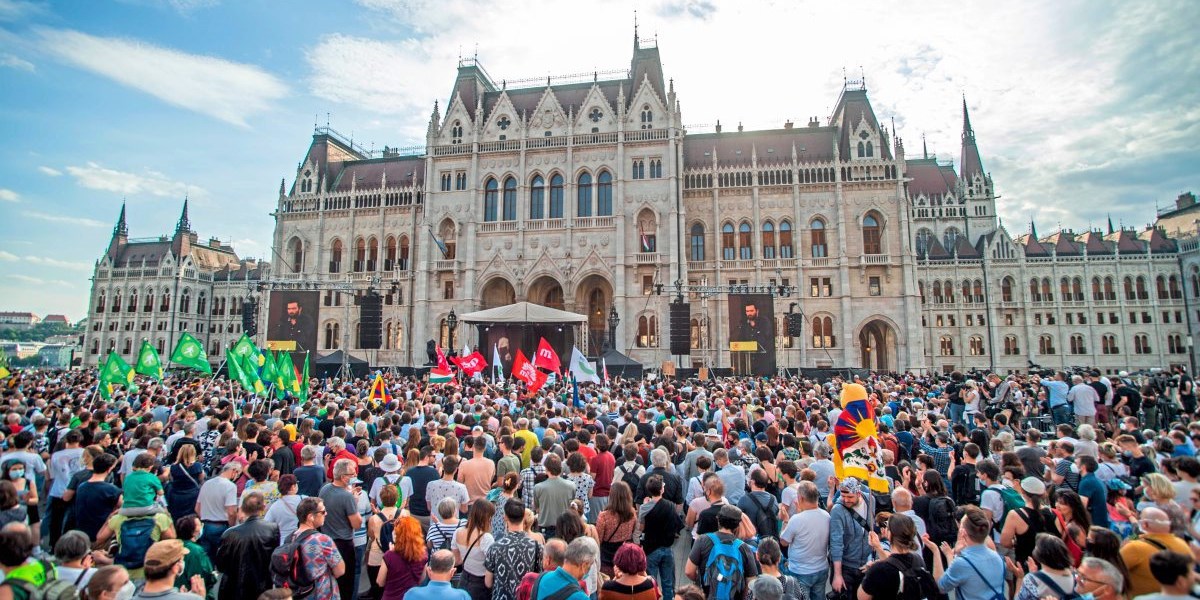 Budapest – In Budapest on Saturday, thousands of people protested in front of the Hungarian parliament against the construction of a campus for the Chinese Fudan University. On the area on the banks of the Danube, where the Fudan campus is now planned, a “student town” with inexpensive student dormitories was originally to be built. According to the current plans, this should be realized in a significantly reduced size. With flags, banners and the shouts “Orban, get away” they marched through the capital to Kossuth Square. Representatives of all opposition parties joined the action.