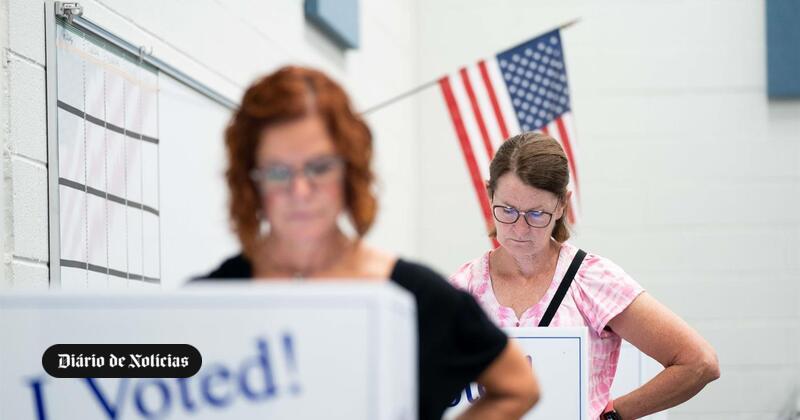 If in June anyone had predicted that Joe Biden and the Democrats would end the summer on a positive note, no one would have believed it. But here’s the difference two months make. After a very negative first half of the year for the ruling party, with rampant inflation, record prices at the gas pumps, Biden’s popularity at a low and not even a glimpse of legislative achievements, the clouds began to dissipate.

Three months before the midterm elections, scheduled for November 8, expectations that Democrats would suffer a catastrophe are being rethought. At the same time, the bright prospects for Republicans, who were very well positioned to regain full control of Congress, began to darken.

This became palpable in the change in projections. The platform FiveThirtyEight, which has a simulation model of results based on polls and other information points, named Republicans as favorites to win the House of Representatives and the Senate in early June. In the lower house, the odds were 87 to 13; in the upper house, 60 against 40.

But a succession of events since then has changed the scenario. The Supreme Court overturned the right to abortion and Republican lawmakers began talking about national bans, despite two-thirds of the electorate being pro-choice. The congressional commission investigating January 6 held eight public hearings with incriminating testimony about the conduct of Donald Trump and his leadership in the Capitol Hill attack. Biden traveled to the Middle East and the price of fuel reversed the upward trend. Congress passed the first bipartisan legislation with some gun restrictions in thirty years. It also passed the CHIPS Act, to strengthen semiconductor production in the United States after two years of chronic shortages.

Most surprising of all, Democratic Senate Majority Leader Chuck Schumer announced a deal with moderate Senator Joe Manchin to pass a $739 billion legislative package, the Inflation Reduction Act, with several achievements of Biden’s agenda. of drug costs and expansion of health insurance subsidies, a 15% minimum tax for the largest companies and initiatives to combat the climate crisis. The package began to be voted on yesterday and will not need support from Republicans to pass. And that was all before Biden appeared in front of television cameras announcing to the world that the United States had found and killed the leader of the Al-Qaeda terrorist organization, Ayman al-Zawahiri, twenty years after he had been one of the organizers of 9/11. September.

“It’s a victory,” political scientist Everett Vieira III told DN. “It is being presented as evidence that Democrats are not weak on defense issues, they are anti-terrorists and support the prosecution of criminals.”

Also the visit of Speaker of the House of Representatives Nancy Pelosi to Taiwan can be seen as a position of strength, despite the criticism. “I understand that President Xi says this is a provocation, but what is the alternative?” Vieira asked. “She stays at home and the US government accepts the Chinese government telling her she can’t go to a free and democratic state?”

Vieira also pointed out that Republican congressmen were in Taiwan earlier this year and there was no controversy at that time. Given the West’s interest in Taiwan, the main producer of semiconductors in a world dominated by software and electronics, Pelosi’s visit may be justified, said the analyst. These are international events that play in favor of Biden’s party.

“These issues help to reinforce the credentials and appeal of Democrats among moderates, even those in the center right”, considered Vieira. “What we see here are Democrats steadfast with terror and championing democratic allies in Taiwan.”

Political scientist Thomas Holyoke is not so sure that Pelosi’s visit will bring benefits, but he believes that Zawahiri’s death in Kabul does.

“It’s part of a broader series of things that are favoring Biden’s image,” the expert told DN. In addition to showing firmness against terrorism, a year after the disastrous withdrawal of US troops from Afghanistan, the feat “joins other important things that are happening”.

The Inflation Reduction Act, the CHIPS Act and the PACT Act (to help veterans) are part of “a series of big wins” for Biden recently, Holyoke said. “Gas prices are going down,” she noted. “If he can get inflation to fall, he’ll be in good shape.”

The president remains unpopular, but after the lows reached on July 25, with only 37.7% approval, his image has improved and his popularity now stands at 39.3%.

Who will control Congress?

It is in this context of contradictory forces that the campaign for the midterm elections will unfold, which will dictate the control of Congress. Projections point to Republicans becoming a majority in the House of Representatives, although the odds have dropped from 87 to 13 to 80 to 20. It’s a small drop but one that could become significant, Holyoke said.

“Even with Republicans regaining control of the House of Representatives, this suggests that their margin of control will be smaller than what was initially anticipated,” he noted. “That can create a very strange dynamic.”

The minority leader of this lower house, Kevin McCarthy, is not exactly consensual within his own party. “There are a lot of Republicans who don’t like Kevin McCarthy, both moderates and super conservatives, and he may have a hard time keeping it together,” Holyoke said. “By the way, he may have a hard time being elected Speaker of the House of Representatives. The situation could end up becoming very dysfunctional.”

The number of extremist candidates who have won the Republican primaries can also be a destabilizing element, especially in the Senate. This is where the most relevant change in the polls is found. The odds went from 60-40 in favor of the Republicans to 59-41 in favor of the Democrats in less than two months. And the reversal of the trend took place the day after the last public hearing of the parliamentary commission investigating the Capitol robbery, July 22.

If elected, Blake Masters will be the central figure overseeing the 2024 presidential election. Extremists like him are also running for Republicans in other key states such as Nevada, Pennsylvania and Michigan.

“The way the commission and in particular Liz Cheney positioned the investigations was within national security,” explained Everett Vieira. “That’s why they brought in army veterans to testify at the last hearing,” he continued. “To show that Trump has violated his oath, he is someone without honor and a threat to national security.”

Still, Donald Trump’s dominance over the Republican Party was clear in this week’s primaries in Arizona, Michigan, Kansas, Washington and Missouri.

Several far-right candidates backed by the former president advanced in the Republican primaries and won mid-term nominations, some of them in high-profile positions. In Arizona, that happened with Kari Lake in the gubernatorial race, Mark Finchem for secretary of state, Blake Masters for the Senate and Paul Gosar for congressman from the 9th district. All are extremists who deny the legitimacy of Joe Biden’s election and two of them (Finchem and Masters) adhere to the theories of the QAnon movement. If elected, Masters will be the central figure in overseeing the 2024 presidential election. Extremists like him are also running for Republicans in other key states such as Nevada, Pennsylvania and Michigan.

In this primary round, some congressmen who voted in favor of impeaching Trump were crushed by Republican voters, as happened with Peter Meijer in Arizona’s 3rd district, defeated by John Gibbs.

What remains to be seen is whether the strategy is a winner. Trump’s base remains faithful, but there are polls that show a cooling of the electorate in relation to the former president. This seems to be reflected in the party as well. In July, a poll by SSRS and CNN showed that Republican voting intentions among voters over the age of 65 dropped from 62% to 47% in two months. Everett Vieira stresses how important this is: “Young voters don’t vote. Older voters do”, he summarized. “Losing support in this age group is terrible.”

Traditionally, midterm elections penalize the president’s party, even when he is more popular than Joe Biden. Furthermore, the economic situation as perceived by voters is the most important element, especially at a time with such uncertainty as this – high inflation, expensive gasoline, fear of recession and some economic contraction, despite the situation of full employment.

However, recent events may open space for other issues to be influential in elections. This is what Thomas Holyoke explains. “Gasoline prices are going down and if inflation goes down, political space will open up for other issues, like abortion,” he said. “Right now, it looks like this is going to be a winning issue for Democrats.”

That’s exactly what we saw this week in Kansas, which featured one of the biggest surprises of the year when voters rejected a constitutional amendment that would have allowed abortion to be banned. This being one of the most conservative states in the country, the overwhelming victory of the “No” to the proposal (59% against 41%) surprised even Democrats and pro-choice activists.

“It was a shock. I don’t know anyone who wasn’t shocked by the result,” Holyoke said. For the political science professor, the key was in the way the “No” campaign was shaped.

“The pro-choice movement that led the Kansas campaign approached it in an interesting way and probably created a formula that could be replicated elsewhere in future elections,” he said. “They pitched it in a very libertarian way, basically asking people not to let the government control what they do with their bodies.” This is, he said, a very libertarian argument that resonates in a conservative state. “A lot of Kansas voters just didn’t want the government telling them what they can and can’t do with their bodies.”

The results galvanized Democrats, who feel supported by the fact that most American voters favor the right to choose when it comes to abortion. The Kansas results also served as a warning to Republicans. “Some other states might take a step back and look at what happened in Kansas, because it shows that there can be retaliation against pro-lifers.”

At Diário de Notícias dozens of journalists work every day to make news, interviews, reports and analyzes that ensure accurate information to readers. And it has been that way for over 150 years, as we are the oldest national newspaper. To continue doing this “service to the reader”, as our founder wrote in 1864, we need your support.