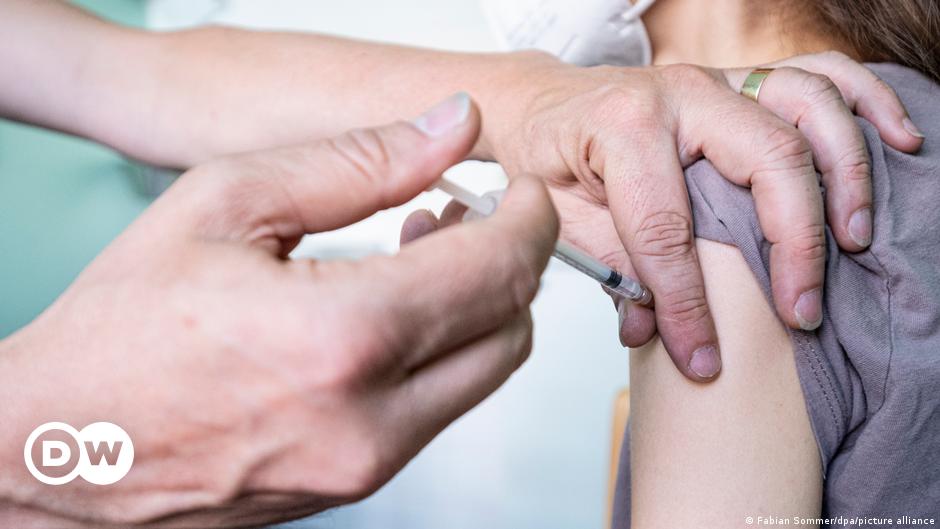 The number of people infected with coronavirus is on the rise in the UK. In 95 percent of cases, we are talking about the delta variant. At the same time, two thirds of the UK population have already been vaccinated. Of course, this raises the question for many, how is this possible? Opponents of vaccination use this as one of their arguments, spreading rumors on social networks that the mutation of the coronavirus and the emergence of its delta variant was the result of vaccination. DW found out if this is really so.

Viruses transmit their genetic information to the host cell in order to reproduce. With each reproduction, small copying errors occur, and these errors alter the genetic code of the virus. Thus, it constantly mutates. This is normal.

Some mutations make the virus more resistant to the vaccine, while others, on the contrary, weaken it. They often have no effect at all. But as the virus evolves, the strongest option wins. In the case of the coronavirus, this means variants that are more infectious, such as delta, are crowding out less dangerous forms.

What is the delta variant of the coronavirus responsible for?

Peggy Riese, an infectious research scientist at the Helmholtz Center, says the delta variant leads to a higher concentration of the virus – the viral load, for example, in the pharynx. This is confirmed by other experts, who have been contacted by DW.

Immun Escape. What is immune escape

If the virus mutates in such a way that the antibodies that are in vaccinated and recovered people, which are effective against the primary virus, are weak against its mutations, this is called Immune Escape – an immune escape. It is actually the ability of the virus to evade detection by the human immune system. As a result, both people who received vaccinations and those who have already had covid infection can become infected again.

The delta variant is spreading so rapidly both because it is more infectious in relation to other mutations, and because it can “hide” from the human immune system. “The mutation weakens the effect of antibodies and thus the recognition of the virus by the immune system,” says Georg Behrens, an expert at the Clinic for Immunology and Rheumatology, professor at the Hannover Medical School. “But this is not really an immune escape, otherwise it would have been more noticeable,” explains Peggy Riese.

The immune escape is not so strong that the available vaccines are useless against it. On the contrary, the first results of studies showed that although the delta variant is more resistant to vaccines, complete vaccination still reliably protects against infection by them. Nevertheless, the vaccine manufacturer, in particular BioNTech / Pfizer, is already developing a new drug that will be more effective against delta as well.

Do vaccinations cause the virus to mutate?

Those who have not yet been vaccinated are contributing to the spread of the mutated variant of the coronavirus, according to virologist Friedemann Weber of the Justus Liebig University in Giessen. “This infected contributed to the fact that the new variant caused the virus’s ability to go undetected by the human immune system.” This can be seen in the examples of India, Brazil and South Africa. After all, it was there that new mutations arose, while the percentage of vaccinated people in these countries is quite low.

In all three countries, the coronavirus was widespread at the time of the emergence of new mutations. “This has become fertile ground for new variants of the virus,” says Weber. “Because the virus uses weakened immunity to better bypass immune defenses.”

If vaccinations increased the likelihood that the virus mutates, then in countries such as Israel and the UK, where there are already a lot of vaccinated people, new variants of the coronavirus would already appear, Peggy Riese explains, in turn. “But this is not the case at all. Mutations of the virus appear where there is not yet a large number of vaccinated people and where a large number of people live in a small area,” she says in an interview with DW.

According to Georg Behrens, there is theoretically the possibility that vaccinations put immune pressure on the virus. “Then, by mutations, the virus tries to resist this pressure,” the expert explains. Indeed, now the already vaccinated population is partially susceptible to infection with the virus. Someone develops an immune response, while others can still become infected. “And that’s exactly what the virus loves,” says Behrens. “In such a situation, new mutations can arise.”

Thus, vaccinations only rarely lead to the emergence of mutations in the virus and theoretically favor its spread, but it is much more likely that dangerous mutations arise exactly where the virus can spread freely and quickly.

The fact that the delta variant appeared as a result of vaccinations against coronavirus is absolutely out of the question. Because the first mutations of the virus were established in October 2020 in India, in Maharaja. But the first coronavirus vaccinations were given in India in January 2021, that is, three months after the appearance of the delta variant. Thus, all assumptions on this score are absolutely groundless.