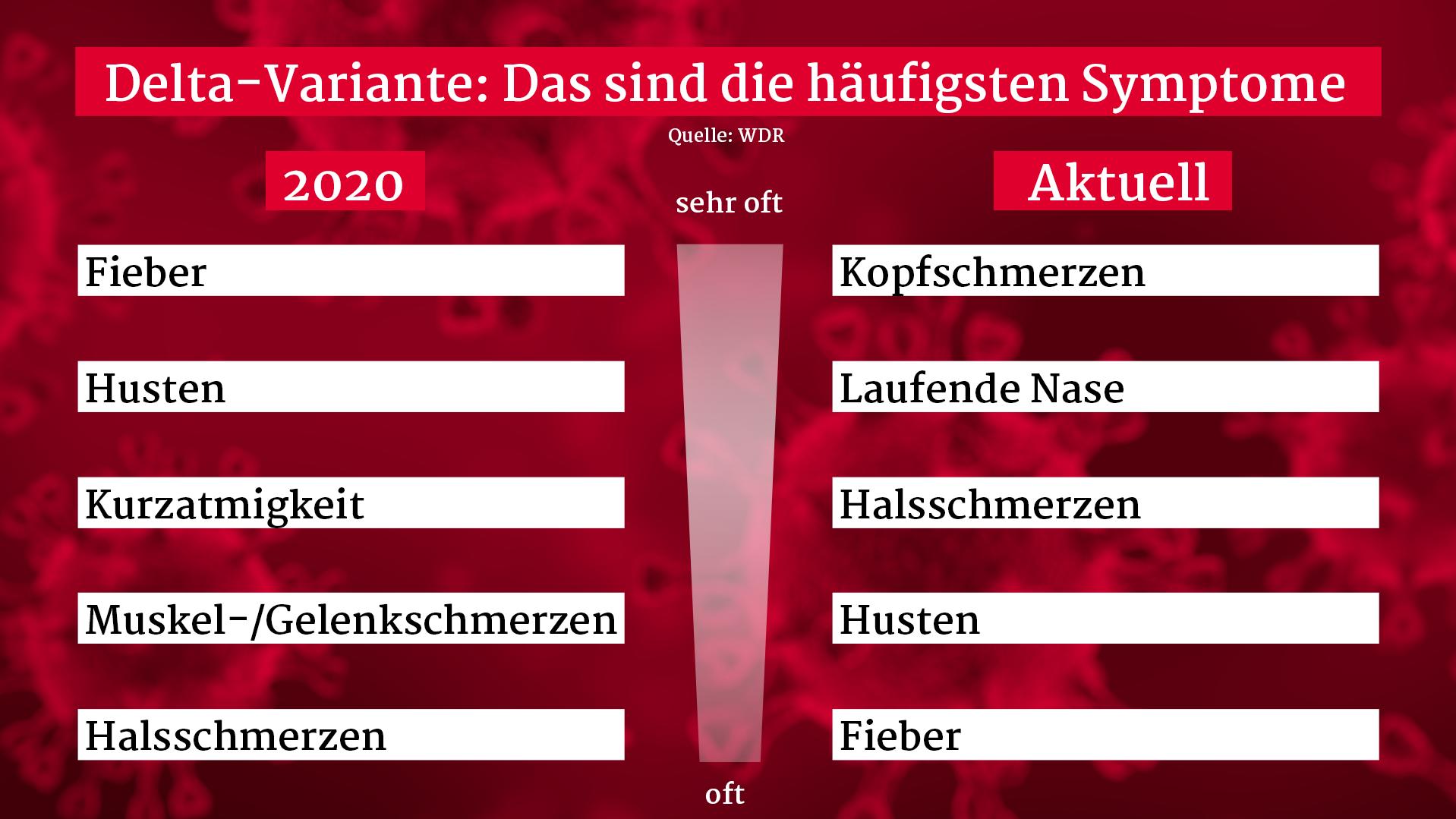 The particularly contagious Delta variant is now the predominant Corona mutant in Germany as well. The most common symptoms of an infection with it apparently differ significantly from those of previous variants: While last year fever and loss of smell and taste were still considered fairly certain signs of infection, they are now more like a simple cold. You can see which symptoms you should pay particular attention to in our graphic above.

A cold in particular can indicate a delta variant

In Great Britain, the Delta variant has been spreading for a few weeks now. In a British app for monitoring corona symptoms, headaches, a runny nose and a sore throat were most recently reported, the BBC reports.

Reading tip: New figures from Israel – doesn’t the Biontech vaccine protect against Delta as well, does it?

Tim Spector from King’s College London, who leads the Zoe Covid Symptoms Study and evaluates the reported symptoms, told the broadcaster: “We have looked at the most common symptoms of the app users since the beginning of May – and they are no longer the same as before. “

Fever is still part of it, but the loss of the sense of smell and taste, which was previously considered a typical corona symptom, is less common. In terms of time, this coincides with the spread of the delta variant.

For some younger people, Covid-19 could feel more like a common cold, said Spector – and called on those affected to get tested in any case. (dpa / nri / rka)

Reading tip: These Corona variants are available in Germany