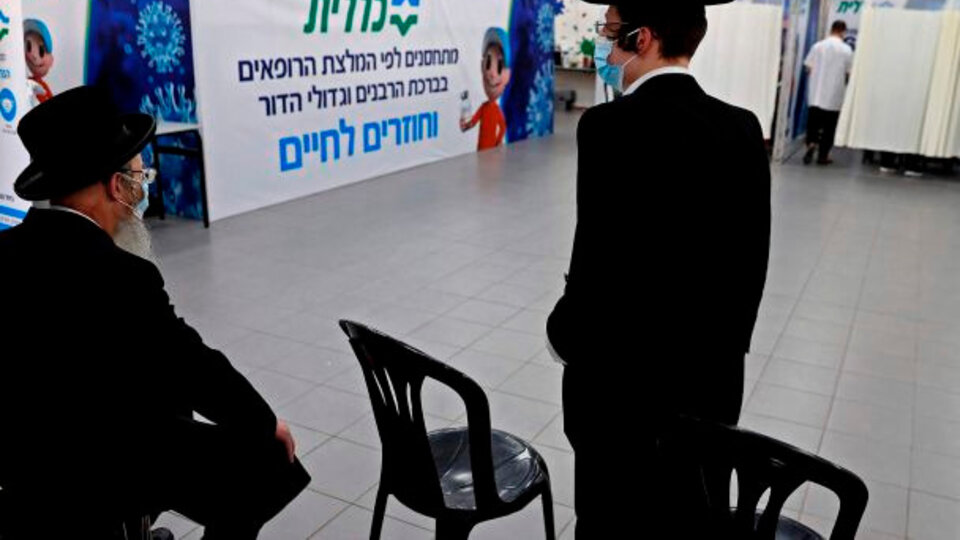 Israel reported more than 750 new cases of coronavirus for the third consecutive day. In the middle of a regrowth caused by the Delta variant, and after the detection of the subvariant Delta Plus-, the country reached the highest levels of mortality in six months and an increase in severe cases.

The Israeli Health Ministry reported that in the last 24 hours there were 765 new infections, after the 756 reported on Wednesday and the 761 reported on Tuesday. According to the state body, Israel now has 5,300 active cases, the highest number since April 5..

The number of seriously ill patients was 54 and two new deaths were registered, bringing the death toll in Israel to 6,443 since the start of the pandemic.

Fourteen people died from coronavirus in the last week in Israel, after the country went two weeks without registering deaths.

Government reimposed sanitary measures, such as the mandatory use of the chinstrap in closed spaces, but they did not restrict the movement of the population or commercial activity.

Even so, Prime Minister Naftalí Bennett warned this Wednesday that Confinement may be necessary if current sanitary measures are not respected. “We can defeat the Delta variant without confinement if we are diligent and determined,” he told a news conference.

Bennett again asked the population to use the chinstrap – a measure that was imposed again last month in the face of the rise in infections -, to be vaccinated and to maintain social distancing.

“The easiest thing, as they (the authorities of the previous government) did repeatedly over the last year and a half, is to shut everything down. We may end up in that, but we are going to try something else. And it depends on all of us,” Bennett said .

Despite the regrowth, The Israeli cabinet decided on Tuesday to ease restrictions, shortening the quarantine period from 10 to 14 days to just 7, and rejected a proposal from the Ministry of Health to reimpose limits on social gatherings.

More than half of the 9 million Israelis are already fully vaccinated, and the vast majority of new cases are in non-immunized people.