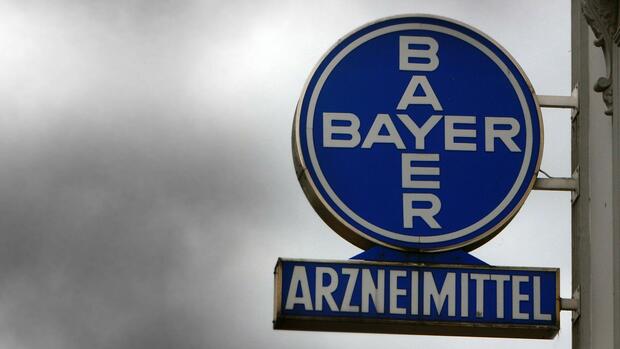 Defeat for Bayer: Shareholders vote against board pay

Düsseldorf At Bayer’s Annual General Meeting, Bayer shareholders once again expressed their dissatisfaction with the legal burdens from the Monsanto takeover, which cost billions. On Friday they relieved the board of directors around CEO Werner Baumann with 83 percent. However, this was below the value achieved in the previous year. They also voted just as clearly against the remuneration report, which breaks down the remuneration of the board of directors for 2021.

The stumbling block was the short-term bonus payments for the Bayer management team, some of which account for more than half of their total remuneration. The bonuses in the millions should be rewarded for the fact that Bayer achieved good operating results last year. In the end, the short-term bonuses for the Executive Board were a good 175 percent above the target values ​​specified in the remuneration system.

However, it did not matter that Bayer paid more than four billion euros for out-of-court settlements to glyphosate plaintiffs in the United States last year. Because when calculating the bonuses for the Management Board, the cash flow adjusted for these expenses was used, among other things. But that was a bad thing for many funds and shareholders, who have been complaining about the weak stock market value and the Monsanto burden for many years.

It didn’t help that the Bayer management repeatedly referred to the strong share price performance in recent weeks at the Annual General Meeting. The head of the supervisory board, Norbert Winkeljohann, told the shareholders that the salaries of the board of directors were strongly based on performance and had suffered from the weak stock market value last year. He thinks it makes sense that the bonuses do not take into account any one-off effects – either positive or negative. After all, the board of directors does not benefit from billions in revenue from partial sales.

Defeat has no legal consequences

But the shareholders did not follow his reasoning and 75 percent rejected the remuneration report that was submitted. Janne Werning from the fund company Union Investment evaluates the payment outflows associated with the comparisons “as performance-relevant for the board of directors and would have welcomed these outflows remaining in the free cash flow”.

At the same time, several shareholders, such as the Sparkassen-Fondgesellschaft Deka, complained that the remuneration of the board of directors was based on too many short-term factors and had to be based on the share price in the longer term.

It was the first time that shareholders voted on a compensation report from Bayer. This year, the new legal regulations will apply to all listed companies for the first time. And the shareholders immediately used the new opportunities to express their opinion clearly.

The defeat has no binding legal consequences for Bayer. But Bayer’s chief controller Winkeljohann knows that he cannot ignore the vote of the shareholders. Because the funds expect a reaction to their criticism and are threatening not to relieve the supervisory board in the coming year. Immediately after the vote, Winkeljohann promised to fundamentally review the remuneration system.

A change will not be easy, especially since the general meeting approved the existing system with a large majority two years ago with the details that are now being criticized. Shareholders now expect that if further money flows out of the company to settle Monsanto’s legal burdens, it will be reflected in future board salaries.

However, the Annual General Meeting also showed that the shareholders see Bayer in better shape than in previous years. The management must now continue on this course, demanded Marc Tüngler, general manager of the German Association for the Protection of Securities.

He doesn’t think much of splitting up the pharmaceutical and agrochemical group – just as little as the outgoing Bayer general works council chief Oliver Zühlke, who is expected to hand over this post and the deputy chairmanship of the supervisory board to Heike Hausfeld in a few days. According to Zühlke, a split would meet with great resistance from employees.

Bayer shareholders have great expectations that the US Supreme Court will finally put an end to the glyphosate case. That would be the case if the Supreme Court ruled in favor of Bayer and thus removed the basis for all lawsuits. But despite the first positive signs, it is completely open whether this will happen.

Should the Supreme Court accept the appeal, it would have until mid-2023 to make a decision. In the event of a rejection, Bayer’s Plan B applies to future settlements. For this case, the group had previously set aside 3.8 billion euros.

More: Amazon shocked with a loss of billions – the share loses around ten percent