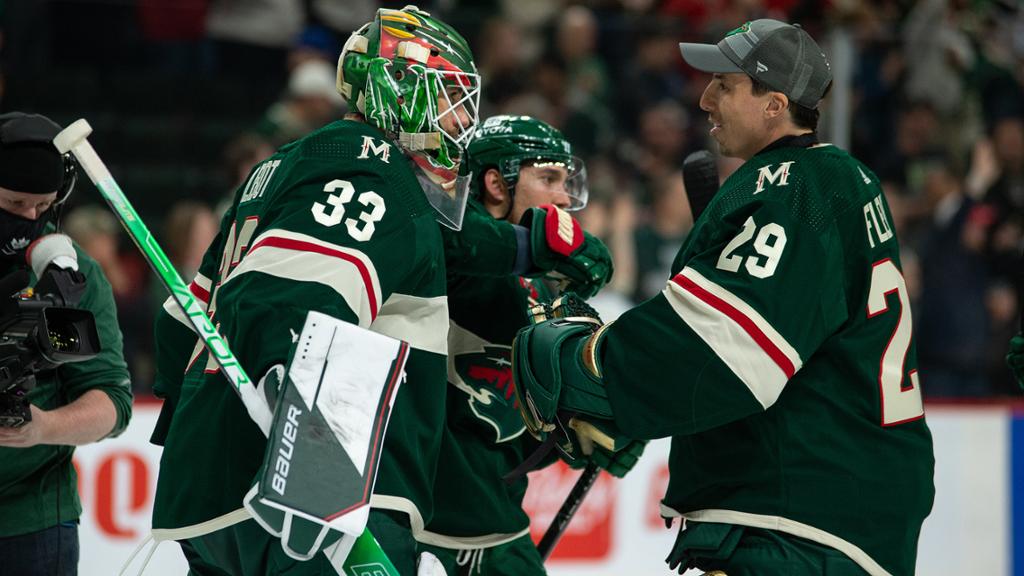 Decision time is approaching in Minnesota

“You can’t make a bad decision or make a bad choice,” Guerin said Thursday. We have two guys we trust in the world. We will ultimately choose one of the two. »

The Wild (51-22-7) will open the playoffs against the Blues (49-21-11) Monday or Tuesday. Both teams are tied for second in the Central Division and are still battling for home-ice advantage. Minnesota has a game in hand, however.

READ ALSO : Trophy race: Shesterkin has a good hold on the Vézina | The Canadiens will be the favorites to win the draft lottery

The Wild acquired Fleury in a trade with the Chicago Blackhawks on March 21. Since Fleury’s first game with his new team on March 26, he and Talbot alternated starts for the next 14 games, until Talbot got two consecutive starts.

Since then, Fleury has been on duty for three straight games. Talbot is the one sent in net for Thursday’s game against the Calgary Flames (8 p.m. ET; NHLN, BSN, BSWIX, SNW, NHL LIVE), while Fleury will be tasked with facing the Colorado Avalanche friday.

“Cam has been so welcoming and kind since I got here,” Fleury said. There’s no friction [entre nous deux]. He has also been playing very well since my arrival.

“Unfortunately, only one guy can play. But no matter who will be sent in goal, we will do our best to help the team. »

Fleury, winner of the Vezina Trophy as the best goaltender in the NHL last season with the Vegas Golden Knights, won the Stanley Cup three times (2008, 2016, 2017) in 13 seasons with the Pittsburgh Penguins. In 2017, he defended the net for the first two rounds as Matt Murray was injured. Murray returned to the starting job in Game 3 of the Eastern Conference Final against the Ottawa Senators.

“We used both,” said Guerin, who was assistant general manager with Pittsburgh in 2017. we see more in the regular season because it’s very difficult for goalkeepers. In 2017, we needed both. »

This will be the third duel between the Blues and the Wild in the playoffs. St. Louis won in five first-round games in 2017, while Minnesota won in six games in 2015, also in the first round. In both cases, it was the lower-ranked team that had eliminated the other.

The Blues have won all three games between the two teams this season with an aggregate score of 16-12. St. Louis is 12-1-1 in its last 14 games against Minnesota.

“I can’t make those decisions,” Talbot said. You have to put that in mind. It’s up to the coaches. We both played really well, and we probably both deserve it. »

The Wild are in the playoffs for a third consecutive season. He lost in the first round to Fleury and the Golden Knights last season.

For Guerin, it is essential to have two goalkeepers who can do the job in the playoffs.

“The process of winning a Stanley Cup is grueling,” Guerin said. It takes physical and mental strength. We have to be strong in all positions and I believe we are.

“As I’ve talked about throughout the year, the expectations are higher this year. Competing in the playoffs is good, but it’s not enough. We will face an excellent hockey team, experienced and talented. It’s the same for them. Everything is in place to attend a very good series. We have to be ready to engage and focus. »