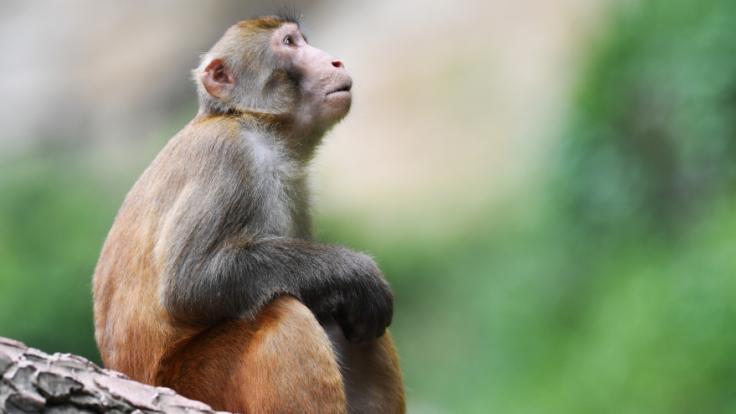 How dangerous can this virus become for humans? According to a media report, a veterinarian in China died after contracting the monkey B disease. Are we already threatened with the next deadly pandemic?

According to a media report, a veterinarian in China died after contracting the monkey B disease.
Image: picture alliance / dpa (symbol image)

Are we already threatened by the next deadly virus pandemic? After Chinese authorities have confirmed the first human death from the horrific Monkey B virus, concerns are rising that the next horror epidemic could afflict humanity. Worse still: the death of a veterinarian is only now becoming public – but the man died last May. What threat do we now face?

Monkey B virus is a form of herpes that normally only occurs in primates, but can cause nausea, vomiting, fever, headache, fatigue, muscle pain, and blistering in humans. The Chinese Center for Disease Control and Prevention (CCDC) told the Russian state media “RT” that the 53-year-old veterinarian died in May after dissecting two dead primates as part of his experimental research, which are believed to be Macaques acted.

According to the US Center for Disease Control and Prevention (CDC), it is “extremely rare” for people to become infected with the virus, which the CDC says can “cause serious brain damage or death if not treated immediately.”

Vet dead from infection with monkey B virus: epidemic spreads to humans

According to the report, the man showed symptoms of the virus after working on the animals and eventually died in a hospital. The CCDC warned anyone doing research on primates that they could potentially be harmed by the infection, which has rarely spread from monkeys to humans. According to a report in the CCDC Weekly Journal, “Zoonotic BV infections have mostly affected primate veterinarians, animal carers or laboratory researchers in North America. However, before 2021 there were no fatal or clinically visible BV infections in China.”

Noting that monkey B virus “could pose a potential zoonotic threat to working people,” the report now states the need to control bacterial and viral infections in rhesus primates developed for laboratory use to eliminate and increase controls on animals and laboratory workers in China.

follow News.de already at Facebook and YouTube? Here you will find the latest news, the latest videos, great competitions and a direct line to the editors.