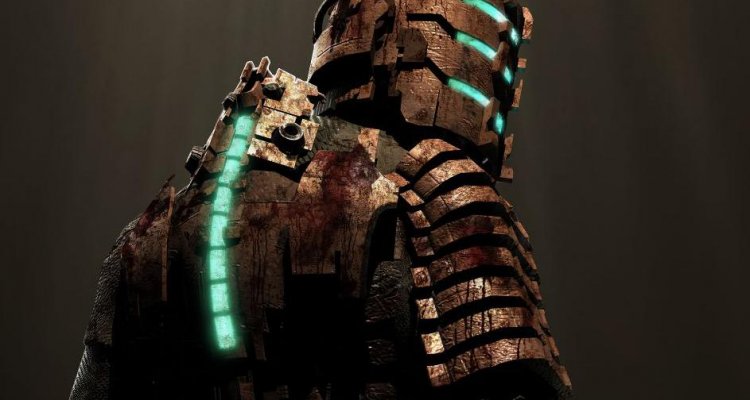 Dead Space Remake: the new graphics shown by the developers

We retrace the improvements made to Dead Space Remake, shown during the recent livestream with the developers.

Dead Space we still remember it beautiful: its dark atmospheres and the rather unprecedented mix of metaphysical horror and raw science fiction at the time have made it an icon of videogame survival horror, thanks above all to the particular artistic vision of Visceral who built a game with an extremely strong identity, starting with his own graphic characterization.

The choices made, working hard between directing and technical limitations hidden in a tortuous and claustrophobic level design, made the vision of a world still extremely vivid in the minds, in the memory of those who played it. To tell the truth, for these reasons it might be hard to understand the need for a remake, at least compared to the possibility of a real new chapter, but just look at what the team is putting together. Motive for this project, and compare it with the actual images of the first chapter, to understand its impact.

Mind you, the first Dead Space still defends itself very well, but outside the memory filter it is easy to see how there was a lot of room for improvement on the technical front. The Remake di Dead Space it is therefore configured as the purest realization of original artistic vision by Visceral, which is also made possible by the unshakable fidelity to the original project that Motive is demonstrating in carrying out this task, with extreme respect for the starting material. On the other hand, the constituent elements of the horror of Dead Space have such a strong character that they cannot be changed much: Isaac Clarke with his heavy and clumsy armor, the dirty and noisy technology of the USG Ishimura, the dark corridors and the creepy necromorphs are all still in place, but they’ve never been so vivid and impressive.

Starting from a game with a solid artistic direction, the stylistic bases of the graphics are already defined and it is just a matter of working up to applying modern technologies to the original ideas. As told by art director Roy Tuazon, by Environment Artists Xaiver Perreault and Evan Yovanovich during the recent livestream presentation, the creative process of Dead Space Remake goes through various phases all centered on Visceral’s initial work, reworking parts of the original level design and integrating them. with old and new concepts and artwork, in order to enrich it according to one vision faithful to the classic one, but also in step with the times. It is about taking the scenarios and breaking them down into modular elements, perfecting each of these with new high-resolution assets, taking advantage of a much more advanced reproduction of materials and highly technological light and shadow effects, enriching the scenes with additional elements that also provide elements of narrative value and then reassemble the new sets following the old model, but with a clearly different result.

It is a work that focuses completely on details: the level design remains substantially the original one, because basically the structure of the USG Ishimura is an integral part of the gameplay, but everything is much richer and more realistic. The final effect is much more impactful than a simple resolution increase, precisely because the settings are in fact completely reconstructed, using the originals as bases but broken down, replaced, enriched and remodeled in order to expand the evocative power of the scenarios. , with new elements that are only apparently secondary but serve for greater identification with the game world and also provide ideas for a deeper environmental narrative.

Dead Space’s aesthetic is historically linked to the strategic management of lights and shadows, used in a way that increases the tension and disturbing effect. The original was developed on a Visceral proprietary engine that did a great job, for the time, in managing pre-baked lights and dynamic shadows placed in order to give dynamism to the scene, but the Remake can count on notable technological advances at this juncture. Motive is working on the Frostbite Engine, which seems to have been further refined to obtain some specific effects regarding Dead Space, with particular attention to the management of the lights. As reported in the video by Mike Yeomans, Mathieu Tetrault and Guillaume Goudreault, the engine allows the management of numerous sources of light and reflections through tools specially perfected for the game, resulting in dynamic shadows and different color rendition depending on the settings.

It is not a question of ray tracing, but of pre-calculated lights in a very specific way for each different setting, through a scenographic work of considerable precision. The difference with the original is evident, but the most interesting thing is that this reinterpretation actually returns a more faithful version of Visceral’s original vision of the Ishimura, Valor and other settings.

Also in this case it is a reworking that focuses a lot on details, so much so that the individual lamps are built within the ships’ lighting system to create a credible and realistic light source.

A significant evolution has also been applied to visual effects, as explained by specialist Greg Hird-Rutter, involving an intense use of volumetric fog, which substantially enriches and livens up each scene, as well as a very convincing depiction of fire and zero gravity phases. With the different conditions in which the scenarios of Dead Space present themselves, there is a large space dedicated to the application of the effects: sparks, flames, flowing fluids are the order of the day among the twisted plates of the ships in which it takes place. the game, all features in which the VFX come into action far more than in the original.

Finally, part of Motive’s in-depth video focused on the reworking of the characters and necromorphs, other elements that have undergone a substantial evolution but still remain extremely linked to Visceral’s original vision. For what concern protagonist Isaac Clarke, character artist Sam Compain-Eglin obviously focused on the character’s iconic armor, this being a distinctive element to the entire game. Also in this case the improvement work started from the original concepts and artworks, being able now to make a 3D transposition of the preparatory drawings much more faithful and advanced. Every single technological element of the armature is clearly visible in this new version, well defined and responsive to light with reflections and shadows. Even the animations are more convincing but everything maintains the typical style of the original: Isaac’s armor is a work tool, just as the protagonist himself is not a soldier but a technician, these fundamental elements have remained unchanged in the remake.

I necromorfi have a design studied according to the gameplay of Dead Space and this obviously must also be maintained in the remake: the limbs and the various elements that make up the targets on the bodies of the monsters have been faithfully reproduced, according to the typical “strategic dismemberment” that characterizes the combat system. Also in this case, the space for maneuver of the graphics was then concentrated on the details: every single anatomical element of the monsters was reconstructed with an impressive precision, which makes the creatures much more realistic and therefore disturbing than the original, as we can see. in the section of the video entirely dedicated to the new “slasher”.