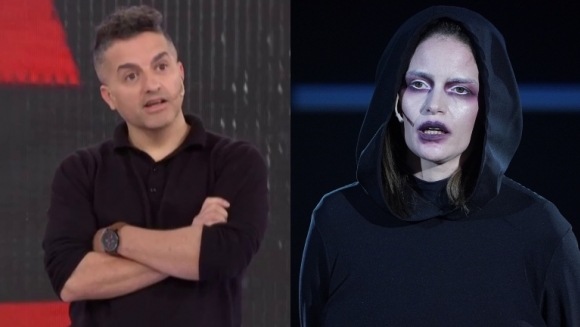 Besides being the last eliminated from The academy from ShowMatch, after the public chose that Mario Guerci will continue in the contest with 74.1% of the votes, Romina Richi made headlines for speaking to the jury without knowing her microphone was still on.

This was revealed Angel de Brito, who confessed that both he and Pampita, Jimena Baron Y Hernán Piquín they heard what the actress said before saying goodbye to the program: “Among the things she said with the open microphone, we heard that Romina said ‘these lack theater, with good reason they sent me to the phone'”, he launched in The Morning Angels.

“The most light What he said was’ the jury doesn’t love me, they vote everything backwards. They are going to send me, it was obvious, ‘”closed the driver, revealing the strong words Romina expressed in front of her colleagues before they knew that it was her last gala.