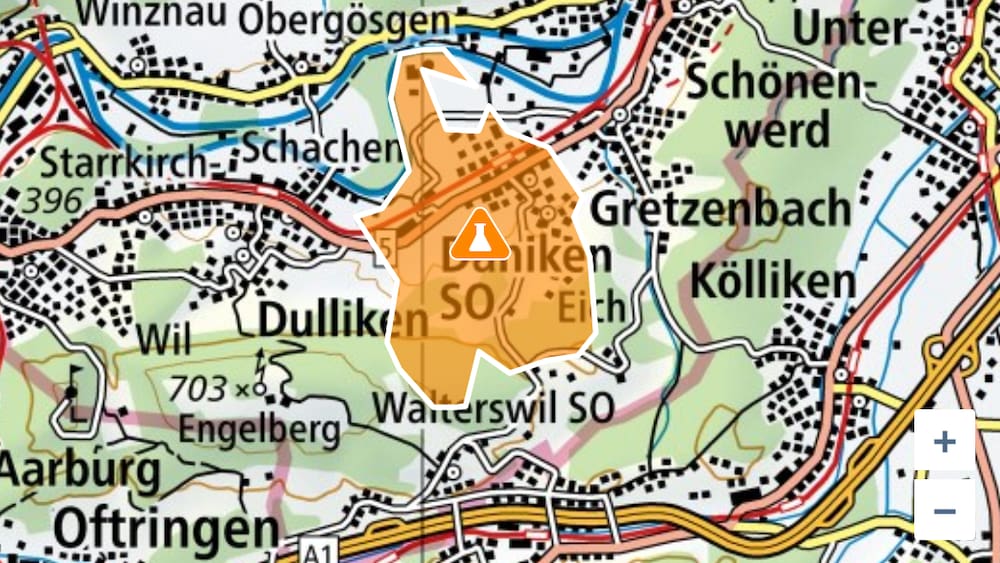 Alarm in Däniken SO

In Däniken SO behind the train station, a smelly liquid escaped from the chemical company Winoil AG. The police and fire brigade are going from house to house and urgently recommend closing the windows.

Around 3 p.m. it started to stink SO powerfully behind the Däniken train station. “It smells indefinably of a cleaning agent,” says a reader reporter to Blick. “It’s that paint manufacturer again,” the farmer assumes. They have not been allowed outside for over three hours.

The Solothurn cantonal police confirmed to Blick that the accident happened at the chemical company Winoil AG. “As a precaution, we advised residents to close windows and doors,” says police spokesman Andreas Mock. “The fire brigade is already sucking up the liquid. There were no injuries.”

In a message, the cantonal police further informed: “An employee of the company who was in the affected room at the time of the incident was taken to a hospital to be checked.” Several fire brigades are deployed, including the Olten chemical fire brigade.

It is not the first time that Winoil AG has made headlines because of a chemical accident: the last incident happened to Winoil in May a year ago. At that time, the chemical factory, which also produces disinfectants, burned down almost completely. Even then, the population in Däniken had to close doors and windows.