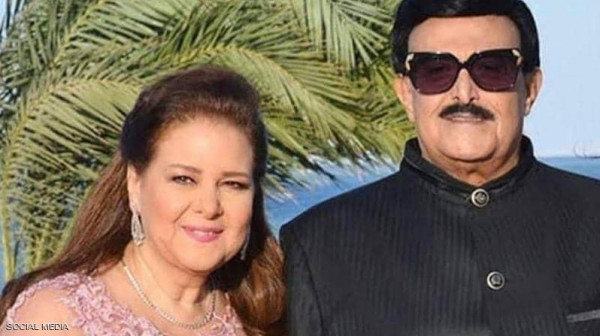 The artist, Dalal Abdel Aziz, who is still in a critical condition when she met her two daughters, Donia and Amy, is keen to reassure Samir Ghanem, as she does not know yet of his death.

And the last time Dalal met her two daughters, she sent a touching message to her husband, Samir Ghanem, where she said to them: “Tell Samir that I am good, and let him pull his tricks,” according to (her).

A source from inside the hospital where Dalal Abdel Aziz is located revealed that she could not speak at all, but she wrote on a piece of paper, “I want to see Samir” in order to reassure him, because she had not seen him for nearly two and a half months.

The doctors’ response to her was also written on paper that his health condition was not good, so Dalal asked her daughter Donia to enter to ask her to see her father, So far, Dalal Abdel Aziz has not known about the death of her husband, artist Samir Ghanem, as doctors fear the deterioration of her health.

And Dr. Mohamed Awad Taj El-Din, the advisor to the President of the Republic for health and prevention affairs, had revealed the latest developments in the health condition of the artist, Dalal Abdel Aziz, after she was infected with the (Corona) virus.

He stressed, during a telephone interview, that the artist, Dalal Abdel Aziz, suffers from the repercussions of (Corona), and not from the virus itself.

And he continued, “Dalal Abdel Aziz will take time to return to normal, but the treatment period may be prolonged due to the significant impact on the lung due to infection with the (Corona) virus.”