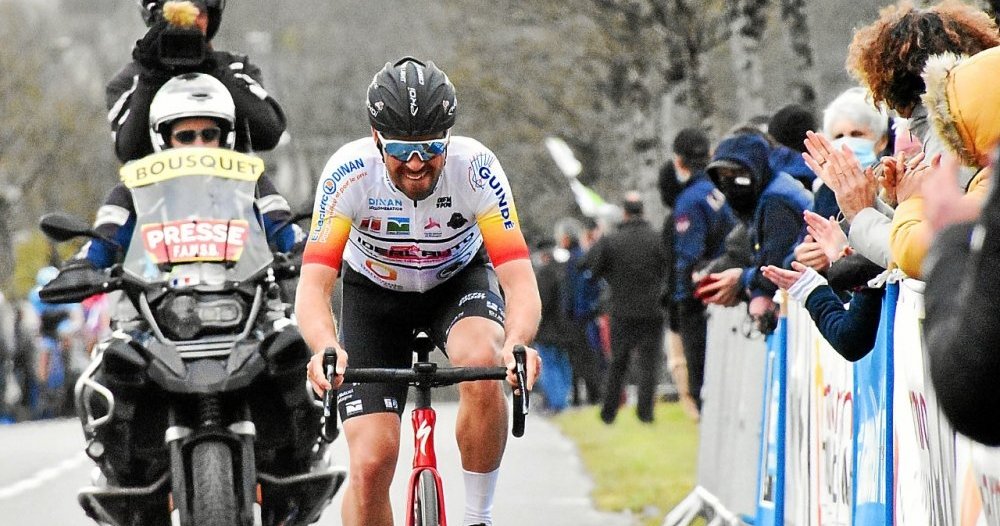 Between the Brittany championship, the Sportbreizh (the following weekend) and the French championships (in Epinal) where I will “double” against the clock (June 17) and road race (June 19), I will actually chain the big goals. Let’s say I’m going to be busy. And since I know that if I want to come back to work, it’s a bit like the year or never…. So yes, the coming month is very important. Now, for the reason we know, the season has only just begun.

Is that why you had scheduled this ten-day course in the mountains?

Not only. I also needed to make up for lost time, to pick up some pace after contracting covid (in May). Because this disease still shook me quite a bit: I couldn’t get on the bike for ten days and when I resumed training, my physical condition was a bit disastrous. The covid cut me off at the start of the season (victory on March 27 at the Grand Prix Gilbert-Bousquet in Landivisiau).

However, this did not prevent you from winning the Tour du Loiret in mid-May, with two stage successes …

To be honest, I didn’t expect this. Besides, I went there without great illusions, just to make more efforts. I was pleasantly surprised by my feelings, it responded rather well. Okay, for a month of May, I wasn’t that great there either.

With four victories on the clock, you are the favorite of the Brittany championship …

I’d rather be in the newspaper on Monday than on Saturday (he laughs). It will be my first since the Brittany junior championship in 2008. I have only won one (the “Brittany” cadets at Trémeur in 2005). All that to say that I have never been a championship runner. But that was before. I am aware that I am eagerly awaited, I really want to bring the ermine jersey home. Like all runners, I come to win. But with five N1 teams in the region (VCP Loudéac, Côtes-d’Armor – Marie Morin – U, Sojasun espoirs, WB Fybolia Locminé and Dinan Sport Cycling), there is competition. It is far from being won in advance.

What will be your strategy in Plougastel where you risk still having people on the luggage rack?

It will be the legs and the head. I imagine that I will have the weight of the championship on my shoulders. I will be pointed out, as they say. Some will model their course on mine, wait for me to move before discovering themselves. It’s up to me to run smart. It’s up to me to be solid. I don’t take care of others too much. I am confident, I rode well during my short internship, I prepared myself well. I did everything to make it work. And then, if that doesn’t work in Plougastel, there will be other objectives which will arrive very quickly behind.

You speak of the sequel. Do you already know what you will be doing next season?

No. The Dinan club is happy with me. I feel good. The idea of ​​leaving as an amateur therefore does not displease me. On the other hand, and even if my career is more behind me than in front, I would also like to have a new chance at the professional level. I had a few touches, nothing concrete. I will take stock at the end of July. I have been having a lot of fun since the start of the season, I am still relatively young (30 years old), I want to continue cycling.

Support a professional editorial staff serving Brittany and Britons: subscribe from € 1 per month.