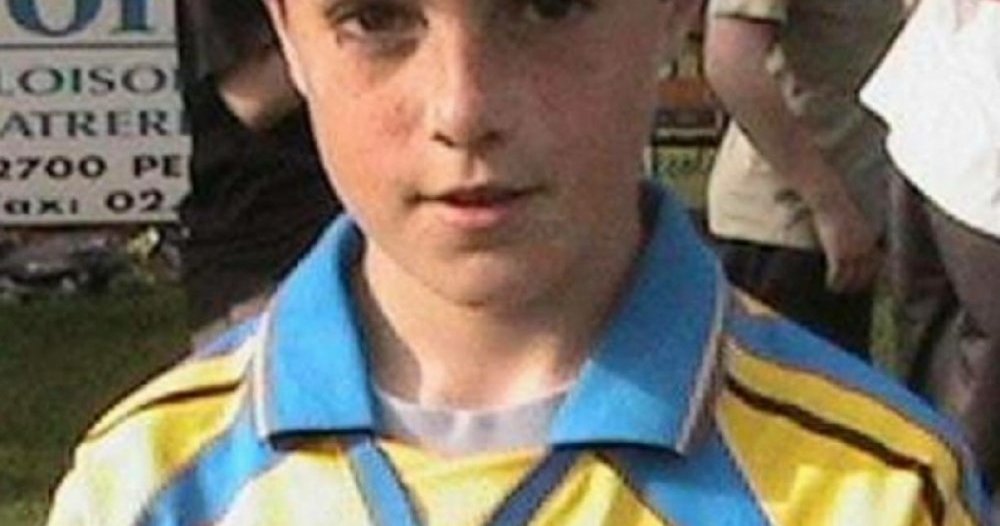 Before taking his first license as a cadet 1 at the Lannion Cycling club, Franck Bonnamour played football for ten years at FC Lannion (as a full-back). Until U17. “One fine day he asked me if he could take my bike, which had been hanging for a long time in the garage. Go on my little one! When he came back from his trip, he was completely upset, he wanted us to register at the start of a race the following Sunday! », Laughs Christine, his mother.

“I told him it didn’t work that way. I asked him to end his football season and that we would see later. He then started to do a few races as a first year caddy while continuing to play football and at one point he was asked to choose. He opted for cycling. It was on … “

Originally from Guipavas (near Brest), Christine Bonnamour (née Gourmelon), Franck’s mother, is a former champion. She was crowned French junior champion in 1981 in Charleville-Mézières (in the Ardennes). Three years later, under the colors of the France team, she competed in the first edition of the Women’s Tour de France. “At the time, we were running as a curtain raiser for the men’s race. It was awesome ! We had the Tour de France audience, it was great! », Explains Christine. “I had managed to finish, I who did not like passes at all! When I see Franck next door… ”

She is now logistics secretary within the Arkéa-Samsic team. His take on Franck’s Tour de France? “We were a bit stunned but we’re super happy for him, of course! He is reaping the fruits of his labor and he is reaping them on the greatest race in the world ”

Yves Bonnamour, Frank’s father, was professional from 1988 to 1990. Originally from Déserines (in Allier), he was crowned amateur Auvergne champion in 1983 and French amateur vice-champion, two years later, in Plouaret (in the Côtes-d’Armor) behind the Pyrenean Daniel Amardeilh. Among professionals, Yves Bonnamour (who celebrated his 60th birthday on Friday) wore the colors of SEFB-Tonissteiner-Peugeot, Super U and Castorama (where he was notably the teammate of Laurent Fignon). He won the Route du Sud (in 1990) and finished in the top 20 of the Dauphiné (19th in 1989).

“Franck is much stronger than me… and than his mom! », Smiles Yves. “Before this Tour de France, I thought I was a better climber than him, but I don’t think so anymore. He is also much more brawler, much more nasty, much more puncher than me, ”he continues, amazed by the son. “He was going on his first Tour de France with the objective of seeing the Champs-Elysées while trying to be an actor on one or two stages. He never imagined that. We neither. At Arkéa-Samsic, he was a teammate and in the back of his mind, he had to tell himself that he would like to have a little freedom and that is why he changed teams. The extra-sportsman is also taken into account since he has been a dad for a few months. All this allowed him to discover himself ”.

Franck Bonnamour is (also) a man of the championship: in second year cadets, he won the title of champion of Brittany in front of a certain Valentin Madouas. In the juniors, he was European champion (ahead of Elie Gesbert) and in the hopeful category, he was vice-champion of France.

Since joining the B & B Hotels training, Franck Bonnamour has been trained by former professional Jimmy Turgis. The Lannionnais was also the very first runner trained by the Francilien, himself a former member of the team managed by Jérôme Pineau. And between Bonnamour and Turgis, it matched immediately as the young coach explains. “I have a special relationship with him. He is the first runner I contacted, the first with whom I set things up. He is a very endearing boy. We went to the Argelès workshop together: 6 hours by car to go, 6 hours to return, we talked a lot. From a psychological point of view, he needs to be reassured to perform. He has a similar life course to mine, he is also a young dad. In the speech, we quickly found each other, ”explains Jimmy Turgis. “When I saw him battle with the best in the Dauphiné, I told myself that we had found the real Franck. Now we still had the uncertainty of the three weeks of racing. And there, he really amazed me in his faculties of recovery. Every night, I told him to think about recovering well (he smiles). He is very diligent, very attentive, ”says Turgis.

“I’ve known him since I was young. From a profile point of view, it always reminded me a little of my brother (Anthony, pro at TotalEnergies). Two muscular boys, with strong endurance, who have a good explosiveness. The only difference between the two is that Franck gets through bumps better… ”

“He has known difficult times,” recognizes Christine Bonnamour, about her son. She alludes to the health concerns (knee, especially in 2019) encountered by Franck. “There were times when he even wanted to hang up the bike. He had this knee pain, we could not find the origin. It did not pass… A cycling career, as everyone knows, does not last very long and the months went by. We were always behind him, we never put pressure on him, we told him that there would be better days. And then, Franck has a big mind… ”

Presented as shy, Franck Bonnamour is rather reserved, according to his mother. “He’s someone who is always happy with his lot, who lets others speak. Afterwards, at home, Yves, my two other children and I are very talkative, someone has to listen (she bursts out laughing). On the other hand, when he has something to say, he says it! Franck is a very, very family person. Family, friends and Brittany ”.

It’s the Tour of … Franck but it’s also the year of Franck Bonnamour: dad of a little Aëla (angel in Breton) since January 10, the Super Combative of the Tour 2021 will soon be twice uncle (his sister Aude and her brother Yann will become parents in a few months). He will also become a husband: in October, he will marry Océane, his partner.

Support a professional editorial staff serving Brittany and Britons: subscribe from € 1 per month.