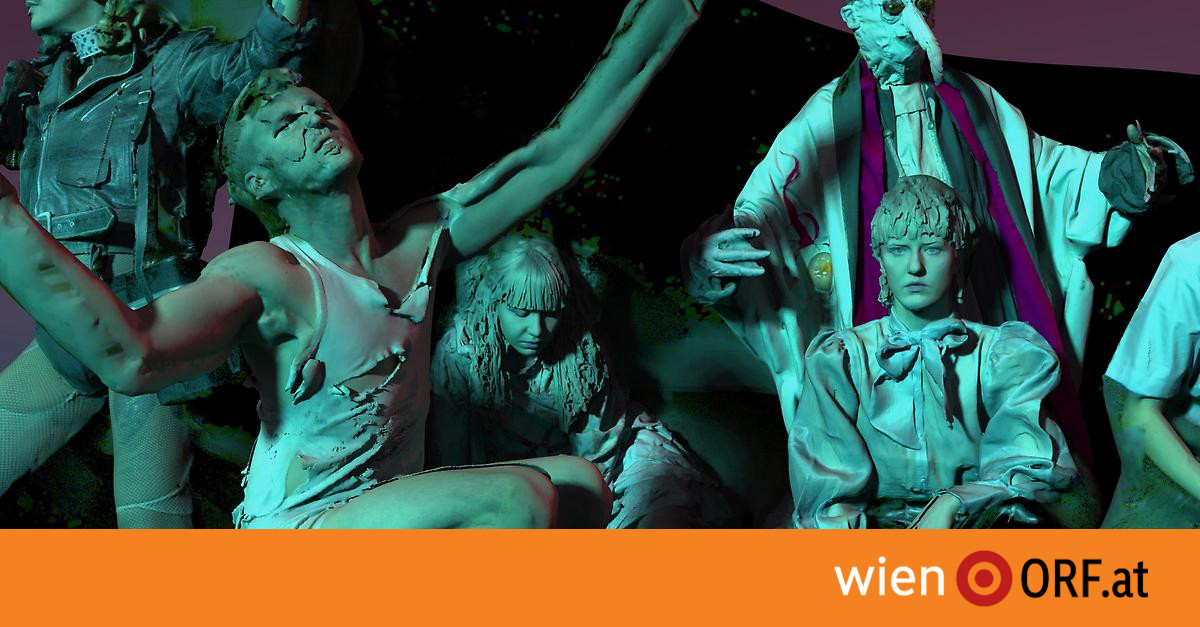 Embodies Structures consists of seven international positions. The show wants to tell a story of avatars, i.e. virtual representations of users, of cyborgs, i.e. hybrid beings of human and machine, and of data bodies, i.e. profiles made from user data. The installations reflect the willingness of many to exhibit themselves online and assign concrete values ​​to their data profiles.

“The body is one of the most powerful symbols and at the same time a mirror of our society. Our bodies clearly show how much we as people are in the middle of society or how marginalized we are. If you don’t manage to bring your body into the norm, you’ve obviously failed: too fat, too old, too frail, don’t know enough,” explained festival director and curator Eva Fischer.

In addition, the body is understood as a vehicle for a new worldview in the sense of breaking up gender norms. Fischer said: “When we talk about the body, we are talking about politics. A democracy needs different voices – and art has always opposed conventions and narrow borders. With Embodied Structures, we’re asking about that opposition, against toxic and entrenched structures.”

Posts from all over the world

Visualizations and screens are present in the exhibition. In “The Subject Changes” by Leonhard Lass and Gregor Ladenhauf alias Depart, for example, an avatar sees himself exposed to constant changes. Opposite is the video essay “#Glitchfeminism” by New York author Legacy Russell. The film deals with their theoretical and art historical considerations.

The only purely analogue contribution comes from the South Korean-born Yein Lee, whose sculptural series “Rejuvenate Body Order Now” addresses the merging of the organic body with mechanical extensions. In transparent oval-shaped plastic membranes, 3D-printed humanoid bones, hoses and cables as skeletal structures give the impression that they seem to be maturing in them.

In addition to the main exhibition in Belvedere 21, the CIVA Festival is this year – after a purely online edition last year due to corona – also in the Volkstheater and in the Stadtkino with a series of performances, installations, lectures, workshops and film screenings. The spectrum ranges from the short film program “I know girls” to an “inclusive fitness studio” (“Empowering Body”) to a “scientific-witchcraft choreography” – including own urine samples (“Molecular Queering Agency”). Various online events have also been announced for this year.

Festival at main locations and digitally

The “Contemporary Immersive Virtual Art” Festival (CIVA) is organized by the agency sound:frame. Under the title “Embodied Structures”, the media art festival 2022 is dedicated to the body and its changing identities.

At Belvedere 21, Stadtkino Wien and Volkstheater as well as via its digital channels, the festival offers a hybrid program with exhibitions, talks, lectures, workshops, film screenings and performances. The spectrum ranges from the short film program “I know girls” to an “inclusive fitness studio” called “Empowering Body” to a “scientific-witchcraft choreography” including own urine samples, the “Molecular Queering Agency”.

“The CIVA festival opens up new approaches to contemporary hybrid reality that we not only have to experience, but also to reflect on. The show shows artistic approaches that call for self-empowerment,” said Stella Rollig, General Director of the Belvedere. “Embodied Structures” can be seen from February 18 to 26, 2022, Tuesdays to Sundays and public holidays at Belvedere 21. Admission is free.