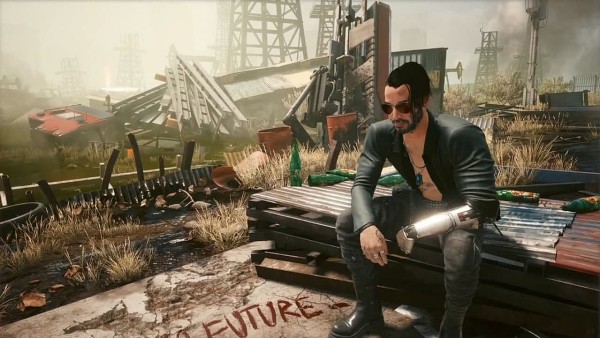 Cyberpunk 2077 quest designer accidentally hinted at the next DLC

In the “oh” category, Pavel Sasko has just achieved an excellent result! Cyberpunk 2077’s lead quest designer was streaming the game, and therefore his screen, when a tiny detail got in the way: his browser bookmarks.

One of the things you can see is a table called “DLC4 Gigs”, which hints at some unannounced DLC. If confirmed, the teaser (whether voluntary or not) of Pavel Sasko’s “DLC4 Gigs” bookmark could herald an important free DLC for Cyberpunk 2077 during 2022.

This seems to be consistent with past leaks, but an important distinction needs to be made here: CD Projekt refers to “DLC” as small free content, while “expansion/extension” as paid additional content, usually of a significant size. At least they used to follow this policy.

An earlier leak indicated that these new mercenary missions would be split between Kabuki Market, Arroyo, and Japan City.

This is a pretty weak lead overall, but let’s be honest, it’s nice to have some news on this front! Despite the unsuccessful launch and the constant attacks from many media outlets, and well-deserved ones. Cyberpunk 2077 remains one of the best games of recent times. CD Projekt Red recently revealed that the first expansion for the game won’t be released until 2023, but a small amount of DLC should arrive soon.

In addition to new missions and customization options, New Game+ would breathe new life into the game.