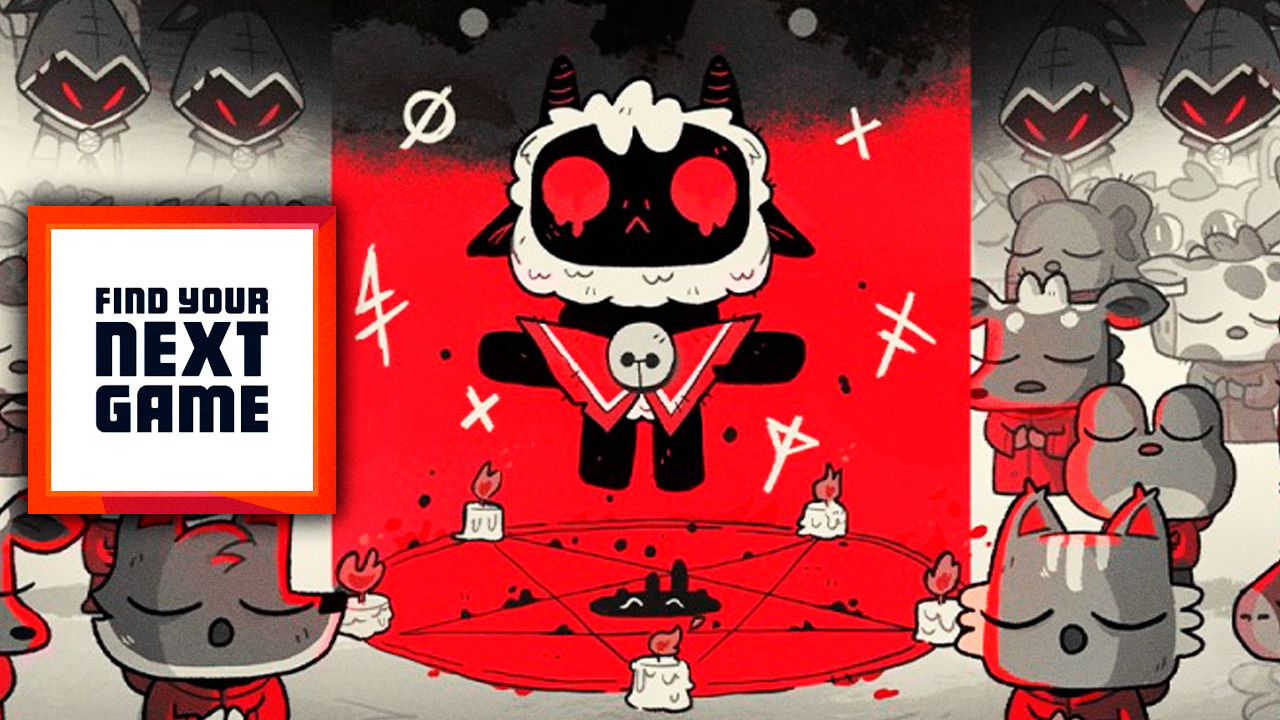 Cult of the Lamb Game Analysis and Opinions for PC, PS4, Xbox One, PS5, Nintendo Switch and Xbox Series

A lamb as a leader of a sect? His approach might be the craziest, but I can assure you that he’s an indie you can’t miss. The combination of performance and management is formidable, but it is not the only thing. Follow me in the next lines of this analysis because this is a great game.

I had high hopes for this release, and I was not disappointed. In fact, it’s become one of the video games I’ve enjoyed the most lately, thanks to the good balance between action and management, but also for that macabre touch it has, along with a very clear sense of humor. The developers of Massive Monster have had several video games in their catalog, but none as prominent as Cult of the Lamb. And I’m convinced it’s going to make a name for itself, because not only does it have great ideas and brilliant execution, but it’s hilarious and hugely addictive. It lets you go and doesn’t leave you until you finish it in its nearly 15-hour duration.

The main gameplay mechanics definitely add to this addiction: create your own sect. You explore and fight in dungeons, but this is something that simply serves as a pretense to attract followers, grow your particular town, and see how everything progresses through your actions. And yes, it is completely satisfying: it makes time pass without you even realizing it. This speaks highly of the work published by Devolver Digital, showing us once again that it has a great vision when it comes to choosing its portfolio of releases. It’s without a doubt one of the most brilliant indies to come out recently, and in this review I’m going to tell you why.

the sect of the lambs

The starting point of Cult of the Lamb is the most parodic: we are a lamb to be sacrificed, spared at the last moment in exchange for creating a cult. It’s a simple idea, but very powerful and even better developed. Basically, the game has two main aspects: one has to do with hack a slash action in procedurally generated routes, and the other is managing a village that we built from scratch. Both parts combine perfectly, giving rise to a balanced set full of variety. In fact, it is surprising how many things can be done in the 12-15 hours which is approximately the duration of our trip.

Not only does it have great ideas and brilliant execution, but it’s hilarious and hugely addictive.The action aspect is the easiest to explain. There are several dungeons to visit, each with a number of courses, at the end of which awaits a final boss. In between, a good number of rooms usually full of enemies to dispatch, although there are also optional elements, and even the opportunity to save future followers for your sect. All under a very agile scheme, with the option to choose between multiple routes, and handling at the controls simply beautiful. Although we only have one button to attack and another to dodge, everything works like a charm, with a simply brutal response and fluidity. The sense of combat is very successful.

Finally, you get new weapons with higher attack capacity… and you are given the choice. Swords are faster, but axes are more powerful. Sometimes you can also change your special abilities, from launching projectiles at a distance that follow enemies, to bombs that dangerously infect an area of ​​the stage. The difficulty is progressive, tolerable, and there is too four degrees of challenge between which to choose in case the advance chokes you.

The most pure hack a slash aspect is combined with the management of our town, in the sense that it is necessary to attract new followers and obtain important resources. After each battle, the usual thing is to return to our sect to take advantage of the enormous number of existing possibilities. You should not only welcome your followers but also put them to work (whether mining, logging, or worship), as well as keeping them cherished and loyal to our community. It is not an easy task, and sometimes you have to be on top of them so that faith does not disappear and problems come. Everything works like a charm, with a simply brutal response and fluidityTo give you an idea, it’s like maintaining a friendship in Animal Crossing, but attending to basic needs like in a Sims-style strategy game. The existing complexity surprised me, because every expert has specific needs. Even it may be the case that they rebel and you have to re-educate them, and sometimes they will ask you for such ugly things to give a juicy bowl of poo to another of the experts to show your dedication. Some will get sick and you will have to build them a good bed to sleep in, and the elderly who seek shelter in your sect (which will be there) will have the peculiarity that they will not work at all, but they will come to your mass… until one fine day they die and you have to bury them.

All this I am telling you is not a figure of speech: it happens in the game. If you don’t put a scarecrow in the growing area, the birds will carry the seed away. If you don’t build a mining or sawmill, you won’t be able to get minerals or wood to build new buildings. If you don’t get a minimum quality of ingredients, the food you cook can kill your minions. And everything like that. it is a strategic management system with some complexity and in which you will invest a lot of time, which becomes a very important facet within the game. And yes, it’s really good. There is a lot of content, buildings and options to unlockBut I don’t want to bore you with its possibilities, which are extensive, and are manifested in various improvement trees, which determine the progress in the level of your sect. Just to tell you that the sense of progress is great and your options as a spiritual leader expand with things like give sermons to capture energy, ask for a tithe, establish doctrines such as fast or perform rituals of the style of sacrificing one of our members. All in the pursuit of the community, to ensure that the indication of faith overflows. And always with a touch of cartoon humor, which, while still visceral, is hilarious.

Apart from all this, Cult of the Lamb has until a world map, with several regions to visit. You have an interesting dice minigame to bet money, as well as a fishing one which – although simple – can even be addictive. So the game is complete, and once you stop, you can get a few more hours out of it. There is a lot of content, builds and options to unlock. A lot of black humor too, it can be said, in a production that shines for the design and animations of each of the elements present. The title is an audiovisual delight. everything is made with a very cute style, and you can even customize your followers with a good handful of skins and colors. The essence is of a work done by hand, very cartoonish, but with a rather dark touch… and something sinister. All with very powerful sound effects and melodies that perfectly accompany both the parts with more action and those that are calmer.

So the recommendation couldn’t be clearer: play it if you have a chance. I tried it on a PC with excellent performance, but it’s also on consoles, since it’s a game that fits perfectly with a controller (in fact, the developers recommend using a controller to get the most out of it) . Its cost is high, the variety is outstanding and the mechanics are really solid. I knew that Cult of the Lamb was going to be good, but I was surprised to learn this it is even better than i expected.