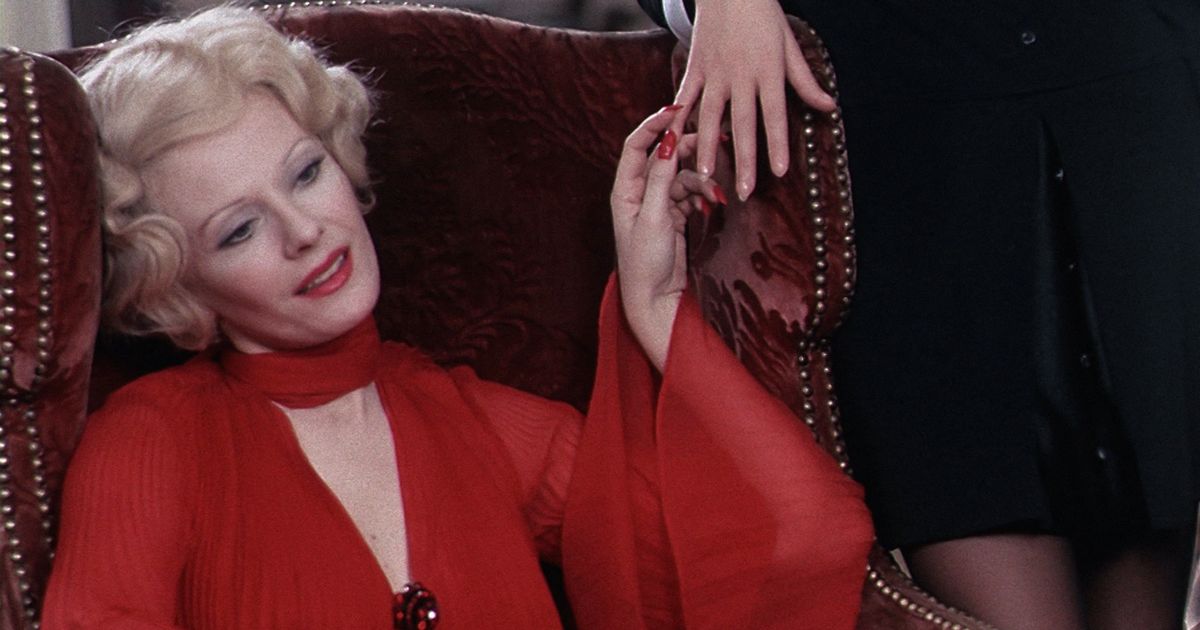 Screened at the NIFFF in the “Scream Queer” section and available on DVD and VOD, “Red Lips”, a 1971 cult film directed by Belgian Harry Kümel, continues to fascinate fifty years after its release. A masterpiece that defies sexual, aesthetic and artistic boundaries.

It’s an anomaly. A unique case. A film that undermines any attempt at classification. Wanting to fit “Red lips” (“Daughters of Darkness”) into a defined genre would amount to denying its incredible singularity. More than fifty years after its release in 1971, this Belgian-German-French co-production shot in English and which has become cult continues to captivate new generations of film lovers, no doubt precisely because it still and always escapes fashions and currents.

Inspired by the famous Elizabeth Bathory, a 16th century Hungarian countess suspected, in her time, of having bathed in the blood of murdered virgins in order to preserve her youth, “The Red Lips” begins in the compartment of a train occupied by a young, newly married couple. English dandy, Stefan (John Karlen) has just married the Swiss Valérie (Danielle Ouimet) and both find themselves stuck in a gigantic deserted hotel near the beach of Ostend.

There, they meet the mysterious Countess Bathory (Delphine Seyrig), accompanied by her secretary Ilona (Andrea Rau), while in Bruges, the corpses of several women are found drained of their blood. The Countess gradually seduces Valérie who moves away from Stefan, who is becoming more and more violent towards her.

See also  Very smart.. 4 signs that can understand you without saying a word

Originally conceived as a pure exploitation film, relying on its many scenes of nudity and a few quite reasonable bloody moments, “Red lips” quickly deviates from the marked limits of the genre. The codes of the vampire film are immediately swept away – no cloves of garlic, crucifixes, terror, otherwise the murderous daylight – in favor of a rhythm entirely carried by a sensual and deadly languor, where the plot interests Harry Kümel less than the timeless, almost surrealist atmosphere he imparts to his work. Atmosphere further underlined by the brilliant, heady music of François de Roubaix.

Drawing on Belgian symbolist painting, the result fascinates with its plastic beauty dominated by black, white and red. The outdated sets rival the sublime dresses worn by Delphine Seyrig, the actress of “Last Year in Marienbad”, “India Song” and “Jeanne Dielman” pressing with her ample gestures, her permanent smile and her hypnotic voice the aristocratic elegance and the deleterious charm of his character. One of the most striking roles of the actress who was clearly inspired by the look of Marlène Dietrich. And in this icy setting that imprisons all these protagonists in a bewitching web of time, we guess, behind the immortal countess, a portrait of the movie stars who, like vampires, defy death thanks to the images that fixed them.

The multiplicity of desires

If it blurs the boundaries between genre cinema and auteur cinema, “Red lips” also blurs sexual categories. Between heterosexual loves, between Stefan’s suggested homosexuality, then his sadistic virulence which pushes him to hit his wife, between a Sapphic scene uniting Bathory and Valérie, the film poses as evidence, without any sense of provocation, the diversity of attractions, the multiplicity of desires.

And even when Bathory seems to suggest to his new prey that she should emancipate herself from this husband who, “like all men, only seeks to transform the woman into an object, into a slave”, Harry Kümel retains a certain irony, not forgetting that her countess will herself end up possessing, by dominating this Valérie who is nothing but a new servant, a new body conducive to immortality.

There again, a strictly feminist reading of “Red Lips” would invariably come up against its voluntary absence of ideologies, messages, authorist remarks, Kümel remaining attached to a Brechtian distancing and to artifice as the very essence of cinematographic art.

Best known for these “Red Lips”, Harry Kümel will still have signed a few feature films, including “Malpertuis” based on the novel by Jean Rey, with Orson Welles, Michel Bouquet and Sylvie Vartan. Since 1991, he has focused more on teaching in various film schools in Flanders and the Netherlands. Now 82 years old, he continues to be amazed and delighted by the durability of his film which crosses the ages like an immortal vampire without ever revealing all its secrets.