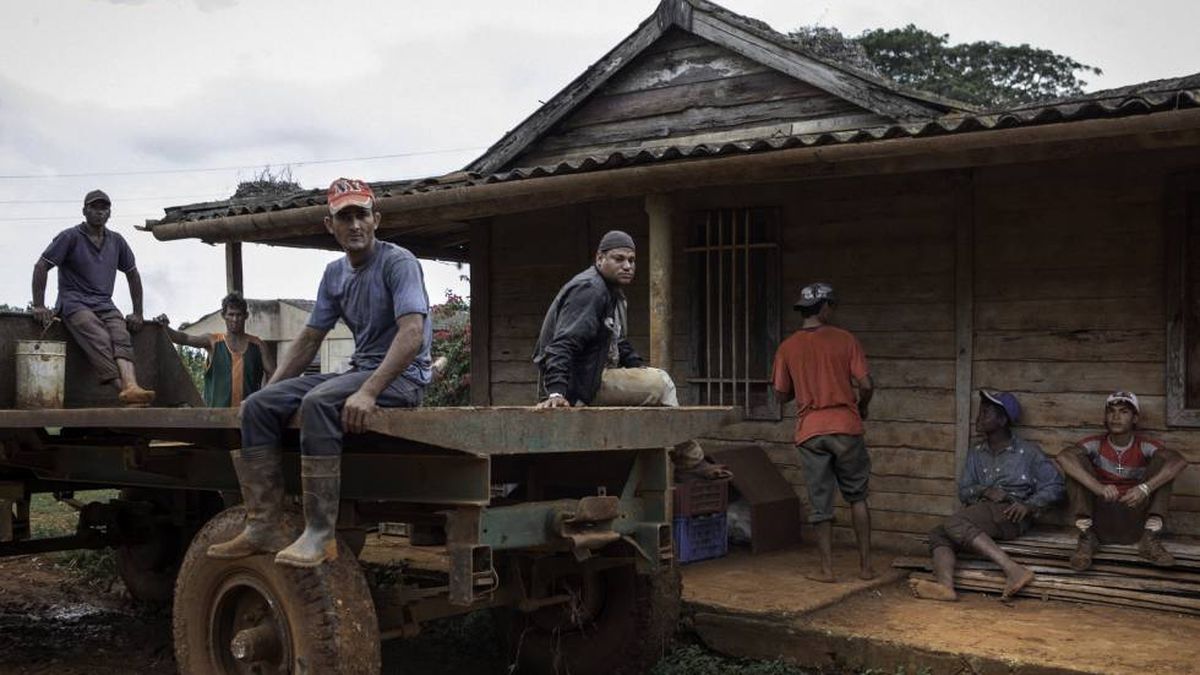 In Cuba, the Covid-19 pandemic was only the most recent component of a prolonged double-rooted economic dysfunction: the government’s failed policies and its open confrontation with the United States. It began with a restructuring of agriculture and intensified with the fall in demand for Cuban doctors in allied countries, the cut in Venezuelan aid and new financial and immigration restrictions from Washington. The result is the worst crisis the island has seen in nearly 30 years.

“The economic situation in Cuba is so critical that it is the fundamental factor that generates the protest,” says Carmelo Mesa-Lago, an expert on the Cuban economy, professor at the University of Pittsburgh and author of several books on the subject. “Cuba maintains, along with North Korea, the strongest remaining central planning system in the socialist world. This is inefficient and has failed around the world ”.

Cuba’s gross domestic product (GDP) fell 11% in 2020, according to official figures. The drop is the second worst in history, after the 14% crash seen in 1993. During the first quarter of this year, GDP saw a second 2% drop. Meanwhile, the Economic Commission for Latin America and the Caribbean (ECLAC) estimates that in 2021, Cuba will rebound only 2.2%. This means that the 11% lost in 2020 may not be recovered in the next few years.

To understand how Cuba got to the situation it faces today, says Mesa-Lago, it is necessary to remember 2002, when President Fidel Castro changed economic policy to close the least productive sugar mills and boost the most productive ones. “But, of course, that did not happen,” explains the specialist. Production fell to levels never seen before. Last year, according to official data, Cuba produced less than 800,000 tons of sugar, of which half must be exported to China to meet its credit and trade commitments. This means that less than 200,000 tons remain for domestic consumption – a fraction of demand. “So this is due to an internal policy of the Government of Cuba,” says Mesa-Lago.

The main source of dollars that Cuba receives is from the sale of professional services, mostly from doctors, recognized worldwide. For decades, countries allied to socialism received Cuban doctors and paid the government for their services. However, a change of Administration in Brazil, Bolivia and Ecuador, as well as the economic crisis in Venezuela, reduced demand. Mesa-Lago estimates that less than a decade ago, when the relationship between Venezuela and Cuba was at its best, the country contributed the equivalent of 22% of Cuba’s GDP. Since then, it has been falling rapidly.

During the Donald Trump administration, the United States tightened sanctions and restrictions on the island. It even limited the sending of remittances, one of the main sources of income for the country. Trump’s restrictive immigration policy also had an impact, not only in Cuba, but in other Latin American countries. “This implies that there is no longer the alternative of going out and the internal pressure increases,” explains Mesa-Lago. “Those are two factors that did not exist before, it is like a pressure cooker from which steam cannot escape,” he adds. Joe Biden, the current US president, has not reversed Trump’s policies.

In this context, the pandemic arrived and forced the closure of the border to tourists since April 1 of last year. Tourism is the other main source of income and, according to the specialist’s estimates, its fall has been such that they went from 3,000 million dollars a year (2,500 million euros) to less than 1,000 million. Currently, anyone who wants to visit the island can do so if they pay to stay in a hotel chosen by the Government for a certain number of days to spend a quarantine before exploring the country.

All of the above was reducing, one by one, the sources of foreign exchange that the Government needs to buy goods abroad, explains academic José Gabilondo, an expert in the economic history of Cuba at Florida International University. “When we talk about a shortage like the one Cubans are experiencing now, we are not talking about luxury goods,” he points out, “we are referring to food, toothpaste, milk for children and babies. For Cuba, a reduction in imports implies a dramatic drop in the quality of life of many people ”.

In the last years of the government of Raúl Castro, Fidel’s brother, who left power last April, efforts were made to offer citizens greater economic freedoms. For the first time, for example, Cubans could rent their homes as an alternative to hotels and create micro-businesses in the tourism sector. The dual monetary system, which had a local currency and the dollar operating at par and in different markets, was eliminated earlier this year. President Miguel Díaz-Canel also announced that the creation of small and medium-sized companies with between 35 and 100 employees would be allowed. Efforts have been made to develop markets, but the hand of the state has always been heavier.

The changes were accompanied by difficult adjustments in social and public spending, explains Gabilondo. “This is similar to the cuts that the International Monetary Fund (IMF) used to prescribe in exchange for financial aid,” says the specialist. “And this is ironic, because the IMF and the World Bank do it to promote capitalism and trade, and Cuba is a socialist country. Furthermore, the United States does not allow Cuba to be part of these institutions, so it cannot receive the benefits ”, he adds.

The changes in economic policy, which began with Raúl Castro a decade ago, were heading in the right direction, says Mesa-Lago, but they were implemented so slowly that they had no impact on the economy. “Raúl Castro said ‘without haste, but without pause’, well, but the problem is that his time is up,” says the expert.

“If there is not a profound change in Cuba’s economic policies, the situation will get worse,” says Mesa-Lago. It is not necessary to fully enter a capitalist market system, he says, but only to follow the best practices of governments such as China and Vietnam, which have managed to decentralize with market law to successfully mix private and state property. says the expert. “This has raised the level of social welfare of the population, which gives support to the system,” he concludes.

Subscribe here to the newsletter from EL PAÍS América and receive all the informative keys of the current situation of the region.