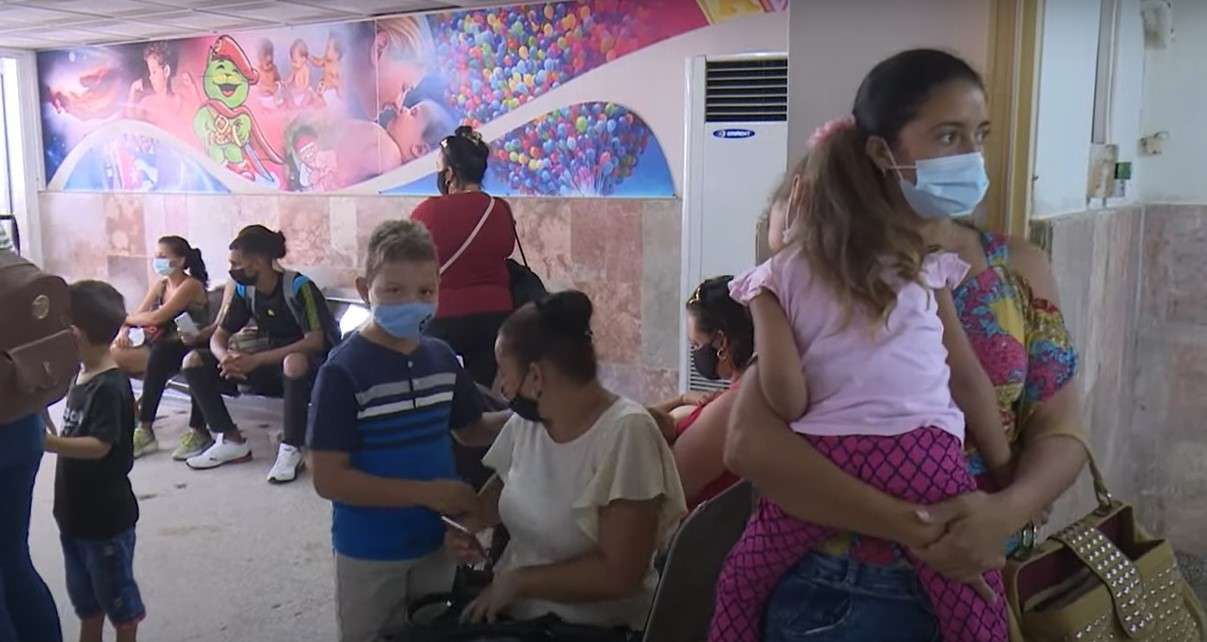 Specialists from the Paquito González Cueto Pediatric Hospital, in Cienfuegos, spoke about the death of a seven-year-old girl in that medical institution on July 13, after having been hospitalized for several days as a result of hemorrhagic dengue, local media reported.

Dr. Ariel Uriarte Méndez, head of the Intensive Care Unit, offered statements to the Cienfuegos newspaper September 5organ of the Communist Party in the province, in which he explained the procedures of the specialists in a case that was given “timely medical attention,” he said, while lamenting the death of the minor.

The specialist pointed out that all the protocols established for the treatment of hemorrhagic dengue were completed, with the availability of the necessary medications and a team of specialists with an average of 20 years of experience in intensive care work.

In the specific case of the minor, it specifies that she was quickly admitted to the Intensive Care room, “where she received treatment with blood products such as plasma, red blood cells and platelet concentrate.”

Uriarte argued that the cases of patients reported with hemorrhagic dengue have extremely high mortality rates, with few survival reports in severe cases despite working with current scientific concepts, according to what is established in the protocols for these cases.

Similarly, the pediatric hospital issued a statement that states: “There is no greater pain for a pediatric institution than the physical departure of a girl or a boy. The pain intensifies because we are characterized by attachment to our patients. We mourn as one might mourn a loved one or close friend and no effort is spared to save an infant.”

“Our priority will always be the health of our patients,” concludes the document signed by several center workers and published on the institution’s official Facebook profile, after the debate that caused the news on social networks, when in addition independent and foreign media echoed the unfortunate event.

Through this channel, it was reported that a sister of the minor was hospitalized and reported in serious condition due to the same illness, a fact that has not yet been confirmed by the local authorities. The death of the minor caused consternation among the local population, who mobilized to dismiss her body on July 15, according to the same sources.

Meanwhile, Cuban health authorities confirmed this week the discouraging epidemiological situation due to the detection of more than three thousand cases of dengue during the current year. The head of Public Health himself assured that, until the end of June, seven Cuban provinces had “proven transmission”: Havana, Sancti Spíritus, Camagüey, Las Tunas, Holguín, Santiago de Cuba and Guantánamo.