On the night of this Saturday, June 18, the Cuban boxer Robeisy Ramirez (10-1, 6 KOs) reached a very important victory for his sports career, after defeating the Puerto Rican by KO in the fifth round Abraham Nova (21-1, 15 KOs) in the co-main event of a boxing evening promoted by Top Rank Boxing Promotions, starring Artur Beterbiev and Joe Smith as the main match and held at the memorable Madison Square Garden Theater in New York, United States.

It may interest you: NEW YORK WARMED UP and Víctor Mesa Jr. sent a message to Robeisy Ramírez’s rival

In a 10-round fight in the 126-pound featherweight division, “El Tren” dominated Nova from end to end during the five rounds that the match lasted, perfectly combining his blows on the Puerto Rican’s anatomy, in addition to a solid defense that prevented his opponent from being effective.

In the first round, the Puerto Rican looked a little better in the ring but, from then on, the Cuban fighter showed his best boxing against a rival who surpassed him in height, reach and body weight, taking over the times and distances, connecting the most important blows of the fight, mainly with his left hand, which easily reached Nova’s anatomy.

In fact, late in the third round, a Robeisy combination to Nova’s face put the Puerto Rican in bad shape, but the bell saved him from being knocked out. However, at 2:20 minutes of round 5, a left straight to the Puerto Rican’s face sent him to the canvas with no chance of recovery, with which the main referee of the fight ended it, declaring the Cuban the winner.

HE TURNED OUT THE LIGHT: This was the FILMING KO of 🇨🇺 Robeisy Ramírez “El Tren” against Abraham Nova “Supernova” in the 5th round and in Madison Square Garden itself https://t.co/kDfkDOcf90 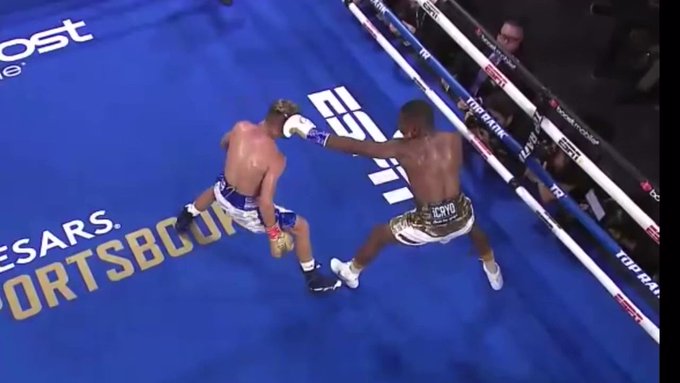 It may interest you: Boxer Yuriorkis Gamboa RETURNED TO CUBA (+PHOTOS)

With this victory, “El Tren” dealt Nova the first defeat in his professional boxing career, extended his string of consecutive wins to 10 since his debut with a division loss and is one step closer to the discussion of the division world title. pen.