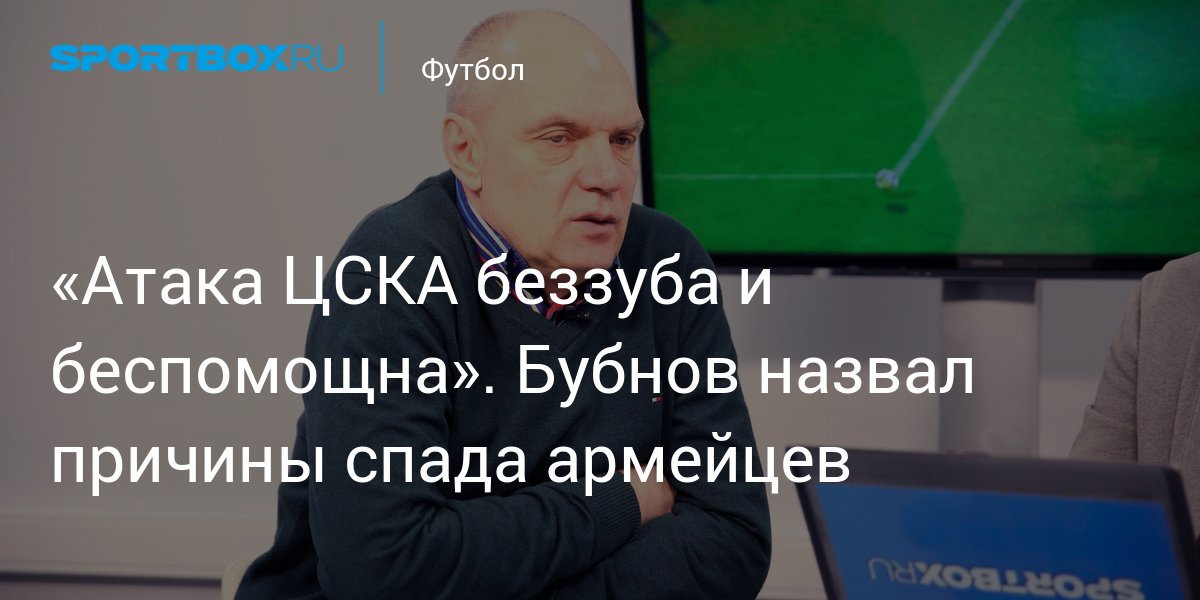 “CSKA’s attack is toothless and helpless.” Bubnov called the reasons for the decline of the army

Sportbox.ru expert on the main events of the Saturday matches of the 25th round of the RPL.

Before the game, I said that if the army team lost points again, we could understand a lot about what was happening to them. This eventually happened. It is obvious that with the arrival of legionnaires, CSKA went to their freshness: both emotional and physical. Now it’s all over. There is no progress. Opponents began to prepare more carefully for the team of Alexei Berezutsky. And then, they play without forwards!

Today Ufa played in defense in such an organized manner that the guests could not create anything at all. CSKA looked toothless and helpless in attack. The goal came only from the standard. It seemed that it would be another time when the Muscovites will squeeze in the end. But now they have problems not only with the organization, but also with the defense. At this rate, the army team can easily be left without medals. The same “Sochi” in this regard is much more preferable.

There is nothing much to analyze in the game between Zenit and Ural. Petersburgers had a huge advantage, which was converted into a result. But there is something to discuss in terms of judicial decisions. Vitaly Meshkov, in my opinion, made a mistake in two episodes. First of all, he had to remove Daler Kuzyaev, who hit his opponent on the knee in a tackle. This is a red card. The second case was when Ivan Sergeev was attacked by Andrey Egorychev. There it was necessary to appoint a penalty and, possibly, send off the Ural player. In general, both teams have reason to apply to the expert commission.

Spartak was unlucky in the sense that Rubin was in a desperate situation. The team was very seriously tuned in to the match with the “red-whites” and, as a result, put up powerful resistance. Goal in the first half only strengthened the defensive position of Kazan. In the second half of the meeting, Spartak managed to win back, but in general, the chances were created very hard. This is because the hosts’ attack appeared extremely monotonous. At some point, all attacks began to end with throws into the penalty area for oversized forwards – Alexander Sobolev and Shamar Nicholson. Rubin, on the other hand, defended very tightly, blocking the flanks. This draw will greatly help Leonid Slutsky’s men.