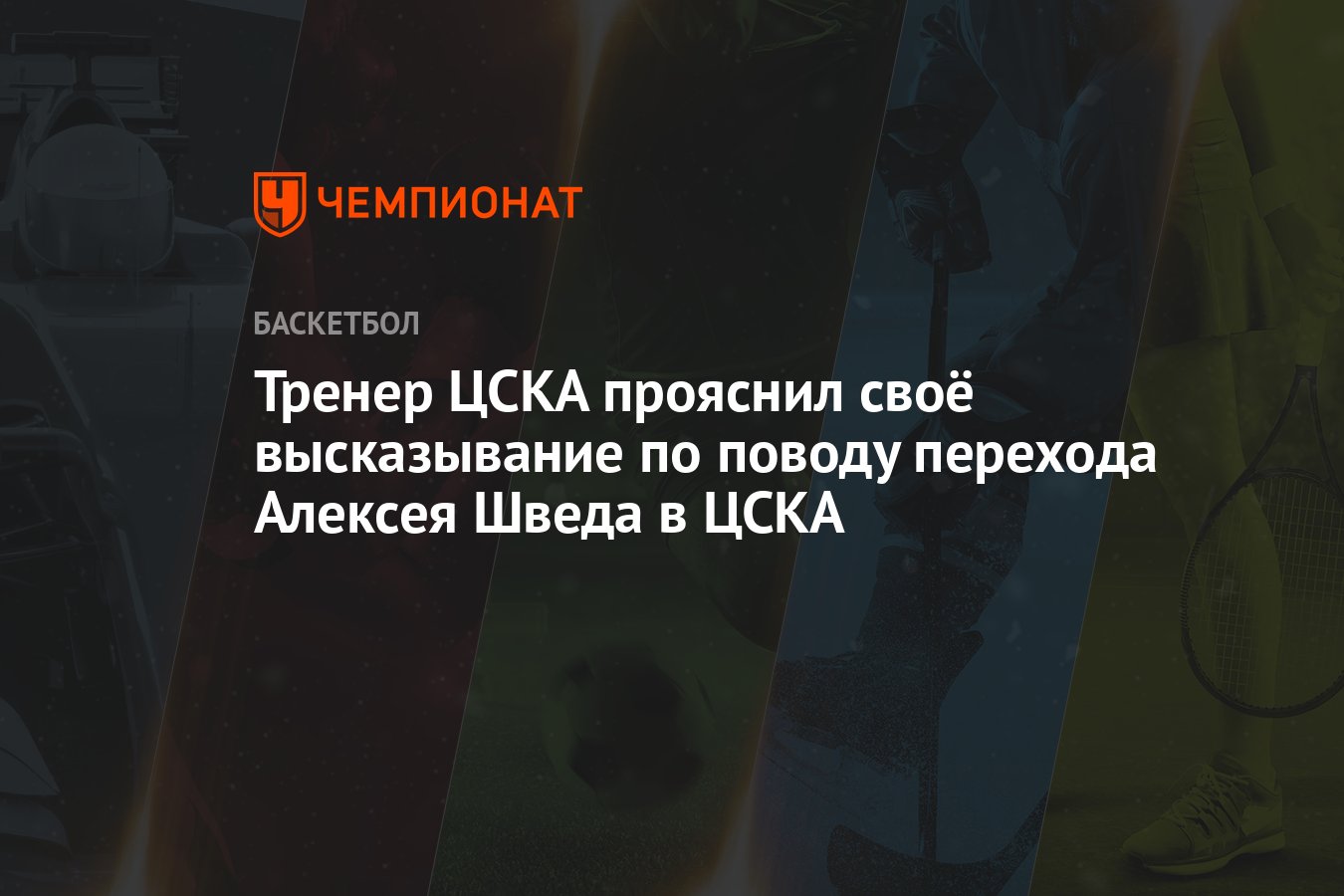 Assistant to the head coach of CSKA Anton Yudin explained his statement about the transfer of defender Alexei Shved to CSKA.

Scroll through the carousel – and you will understand that my answers do not coincide with those written on the site playmaker24.ru, ”wrote Anton Yudin on Instagram.

Recall that the Swede defended the colors of CSKA from 2005 to 2012. He moved to Khimki after several seasons in the NBA (Minnesota, Philadelphia, Houston, New York). With the army team, the Swede became the champion of Russia four times and reached the final of the Euroleague. As part of the Russian national team, Alexei took the bronze of Eurobasket 2011 and the 2012 Olympics.

CSKA commented on the information about the transfer of Alexei Shved