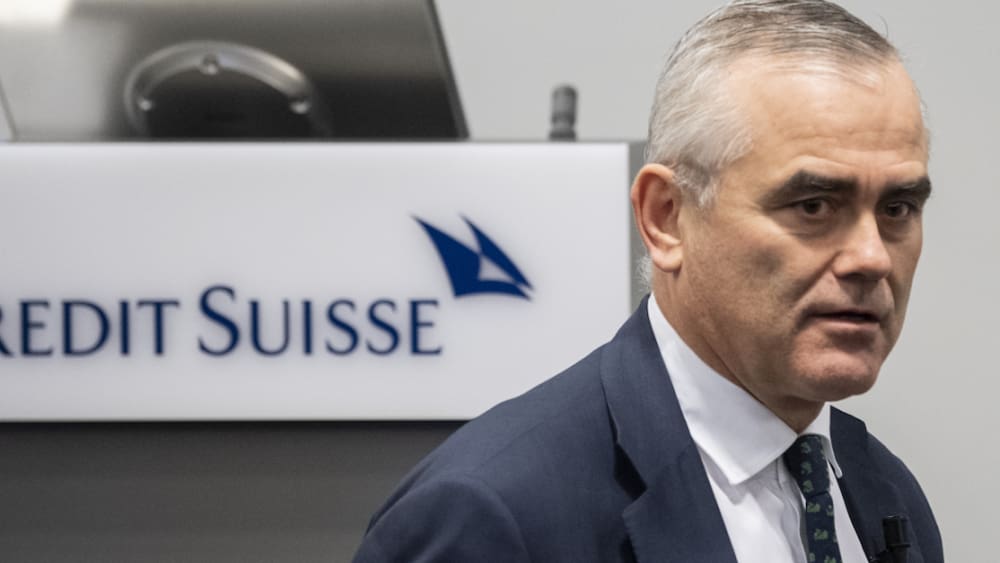 Credit Suisse shareholders gave the Board of Directors and Executive Board a lesson and refused to discharge the 2020 financial year. This was left out at last year’s general assembly, under the impression of the debacle surrounding the Archegos hedge fund and the supply chain financing funds operated with the insolvent Greensill Capital.

In vain: However, the General Assembly was not prepared to grant discharge this year either. CS Chairman of the Board of Directors Axel Lehmann (63) noted the refusal to discharge “with regret”. The board of directors will now discuss how to proceed.

“It wasn’t entirely unexpected,” Vontobel analyst Andreas Venditti (49) said. “Various shareholders have already spoken before the general meeting.” The CS leadership should have expected the discharge.

Critical shareholders included the Ethos association and the influential Anglo-Saxon voting rights advisors ISS and Glass Lewis. They justified this with the massive problems in the risk and control area. If discharged, the board of directors and management could no longer be held responsible.

No special stage for «Suisse Secrets»

In contrast to the discharge for the 2020 financial year, the shareholders accepted the motion for discharge for 2021 with a yes vote of 77.5 percent. However, issues related to the “Greensill Fund” were also explicitly excluded from the discharge for 2021. ISS and Glass Lewis had also backed the board of directors on this point: in 2021 there were “refresher staff” and progress in risk control.

The shareholders rejected a request for a special audit relating to the Greensill debacle and the media revelations of “Suisse Secrets” with a clear majority – almost 89 percent voted against. The application was submitted by the Ethos Investment Foundation.

President Lehmann objected to the application, pointing out that such an examination would result in high costs and multiple workloads. The big bank also “answered in good faith” a questionnaire from Ethos on the matter, he emphasized at the event.

The CS President was also pleased about a high level of approval for himself: 95.3 percent of the shareholders voted for him. Lehmann took over the presidency at CS in January 2022 after his predecessor António Horta-Osório resigned after just over eight months due to corona violations. Lehmann has only been on the CS board of directors since last October.

All other members of the Board of Directors who stood up again or ran for new positions also mostly managed the election clearly. There were also approval rates of more than 80 percent for the remuneration of the bank management, even if individual shareholders submitted written votes and criticized the bonus distribution in view of the high losses.

«Change must start at the top»

Another shareholder proposal from Ethos and other groups regarding climate strategy was unsuccessful. The motion required the big bank to commit to the Paris climate agreement in its statutes. In addition, more detailed information was required as to how CS intends to reduce its exposure to fossil fuels. 77 percent of shareholders rejected the request.

Lehmann and CS CEO Thomas Gottstein were convinced in front of the shareholders that the badly hit bank was now on the right track. Last but not least, the management and the management team would be permanently redesigned and strengthened in a targeted manner after the series of breakdowns. “Changes have to start at the top,” he emphasized.

The bank will focus even more on customers in the future, the president promised. At the same time, however, you are implementing “an even more systematic and more present risk management and risk monitoring”. “Everyone in our bank must know and feel that when it comes to risks, the amount and breadth are not free.”

“The bank is in a slump”

However, risk culture does not primarily mean repression and prohibitions, but “clarity, motivation and conviction”, said Lehmann. At the same time, the bank wants to achieve a “culture of openness” in which everyone contributes. “We need a culture that allows contradiction in order to avoid mistakes and learn from them.”

“Yes, the bank is in a low state and we need fundamental changes,” said Lehmann. But other things are also “positive, encouraging, future-proof”: The bank has a strong customer base, it is a leader in many areas and has first-class talent and a strong capital base. “We have a clear plan to lead the bank back to the expected success and profitable growth,” assured Lehmann.

Credit Suisse has been experiencing a series of bankruptcies and breakdowns for over a year. Last year, for example, it suffered billions in losses due to the collapse of the Archegos hedge fund. Added to this was the liquidation of the supply chain financing funds operated with Greensill Capital, where investors continue to face losses in the billions. The bank started 2022 again with a high quarterly loss due to high provisions for legal disputes. (pbe/SDA)