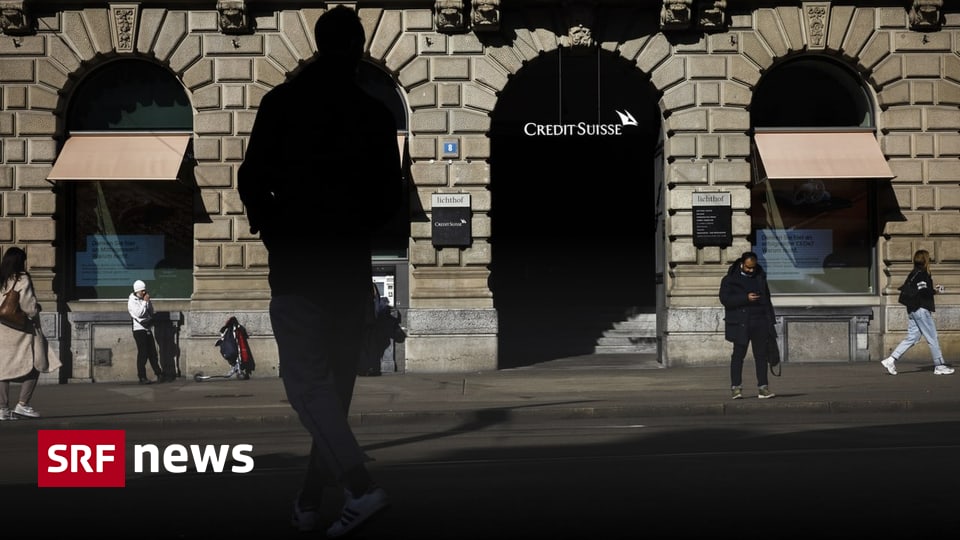 Once again, Credit Suisse missed an opportunity. A chance to clear up the past and step into the future with less worries. Instead, the once respected major Swiss bank is dragging its legacy from year to year. And from general assembly to general assembly – and promptly gets a slap in the face today.

The big bank held the AGM virtually three times in a row because of the pandemic. And so there was no cleansing thunderstorm with the small shareholders again. The critical votes are read out and answered collectively. There is no direct exchange between the top management and investors – and no attempt at proper conflict resolution either. However, that would be urgently needed. Especially for Credit Suisse.

And so Credit Suisse cannot tear itself away from its legacy at this year’s AGM either, on the contrary. The shareholders are refusing the discharge, the discharge of the CS leadership, for the scandalous year 2020. His receipt for the non-stop negative headlines for some time.

The fact that a discharge is not granted is a rarity in the Swiss financial center. In principle, claims for damages are now possible. But often this act of a no-confidence vote is primarily symbolic. The newly elected Chairman of the Board of Directors, Axel Lehmann, regrets the rejection, as he says. So a legacy will reverberate in another fiscal year. This creates new fuel that cannot be discussed on site.

Folklore as an Opportunity

Instead, there was a chair back at the top on Wednesday. In the hope of using a breath of fresh air to convince shareholders of a better future. In fact, Axel Lehmann was clearly elected to office with 95 percent. But the past shows that a new leader is not automatically a recipe for success.

In this way, CS investors will continue to keep a very close eye on the top. Purely virtual events will be allowed next year under the new Stock Corporation Act. But Credit Suisse should urgently face the critical voices personally and accept a dispute. The disputes at the General Assembly are often ridiculed as folklore. For companies, however, it is an opportunity to get in touch with a larger public, to see very directly how their own reputation is doing and to draw the right conclusions for the future.

Sina Freiermuth has been working for the business department of Swiss television SRF since February 2021.