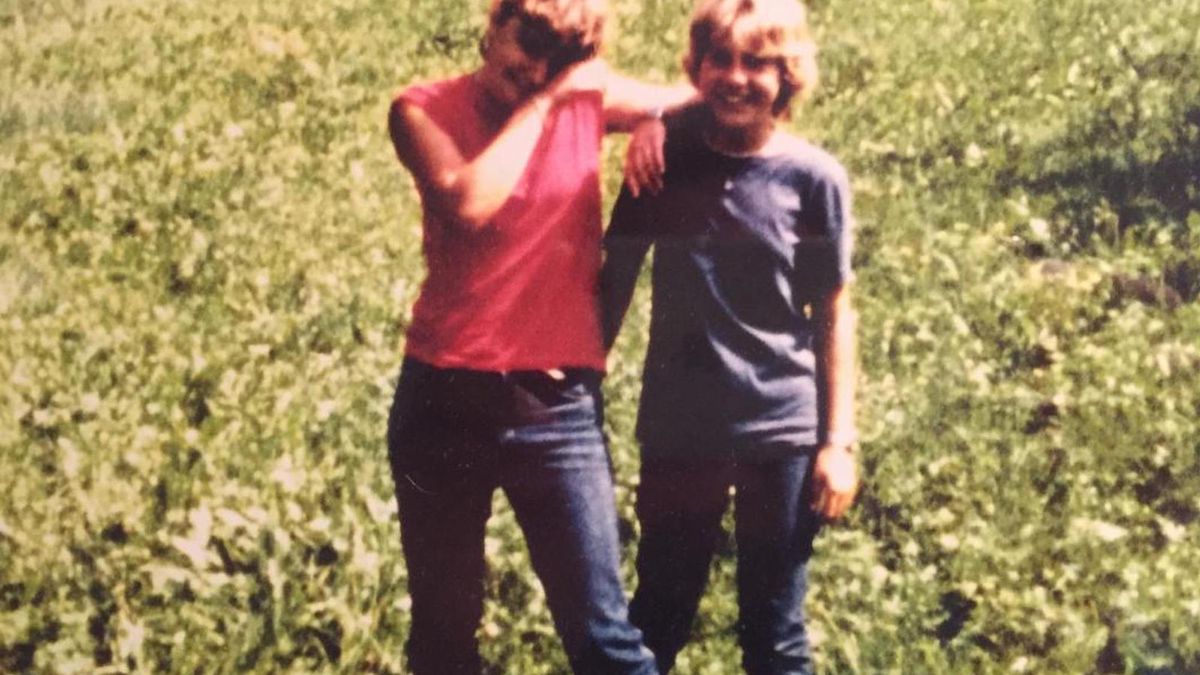 Crystal cave murder: the fate of Brigitte and Karin is still moving today – these questions are still open

Crystal Cave Murder: The fate of Brigitte and Karin is still moving today – these questions are still open

Sunday marks the 40th anniversary of the so-called Crystal Cave Murder. To this day, the death of two girls is unsolved. There are still unanswered questions: here are the three most important ones.

At noon on July 31, 1982, two girls from Goldach SG, aged 15 and 17, disappeared without a trace during a bicycle tour near Oberriet in the canton of St. Gallen. A good three months later, the bodies of Brigitte and Karin are found in the nearby crystal cave. To this day it is not clear who is responsible for the girls’ deaths and what exactly happened on that last day of July 1982.

Although the crime has been statute-barred since 2012, St. Gallen Thomas Benz has been looking for justice for 40 years. He himself was seven years old at the time, and the case hasn’t let him go ever since. “It cannot be that the deaths of two girls are forgotten.” Together with a lawyer and a private investigator, he tries to do what the police couldn’t do for 30 years; to solve the case. Benz explains that there are still new and unanswered questions today. Here are the three most important:

1) Who moved the two bikes?

When the two girls were standing with their bikes at the crossroads in Kobelwies at noon on July 31, 1982, a family drove past them in their car. This family was the last to see the girls alive. In the evening of the same day, the family living nearby again passed the intersection with the car. The girls were not in sight, only their bicycles, abandoned against the trees at the edge of the forest. The two bikes were only officially discovered the day after, on August 1, 1982, after the girls’ parents had reported them missing. Striking: the next day, the bikes were no longer lying by the trees, but, according to the police file, were on the side of the road. Someone must have moved the bikes in the night, but who?

The bikes were also portrayed differently in the media. While in August 1982 the daily news of Swiss television showed the two bicycles lying down, a year later they could be seen standing up at file number XY. The Tagesschau sequence was recorded by the police and made available to the broadcaster. The XY editorial team adhered strictly to the police files in terms of film. If the files state that the bikes were found upright, why did the St. Gallen cantonal police then stage a scenario for the Tagesschau that did not correspond to reality? Still a big question mark for Benz.

2) What role did a silver-grey Mercedes play?

In addition to the theory that the girls got into the car with a stranger and fell victim to him, a covered-up accident could also be a possible scenario. The fact is that a then 17-year-old apprentice mechanic saw a silver-gray Mercedes E 230 with a horse trailer at the intersection in question. At the time, this very striking model belonged to an architect living nearby. Explosive: The vehicle was taken to a garage for repairs two days after the girls disappeared. According to Benz, it is said to have had a dent on the right side as well as a crushed door and scratches. The vehicle owner first claimed the damage was from an auto accident. Decades later, it is said to have been a parking damage that an unknown person would have inflicted on him. Amazing: The police never checked the bikes for damage to the paintwork of a possible collision.

Also interesting is the fact that the girls were found nine weeks after the disappearance near the crystal cave on the architect’s property. “Anyone who desperately wants to get rid of corpses doesn’t drive for miles with them, but tries to eliminate the problem immediately, which is what criminal psychologists also told me,” explains Benz.

3) What was the role of a suspended officer?

A former officer of the St. Gallen cantonal police also played a strange role. The sergeant was suspected of having leaked important information about the case to the architect’s wife. He is also said to have signed questionable witness statements, sometimes only months after the statements were made. The authorities then monitored his phone. As a result, he was suspended from duty and charged. From the late 1980s, however, the charges against him fizzled out. Did the constable try to protect the architect? Did the architect cover up an accident? Many questions are still open.

After the crystal cave murder was legally statute barred in 2012, the police destroyed all evidence, i.e. all evidence. This also makes it difficult for Thomas Benz to clearly identify the perpetrator because a comparison with his research and the police files is no longer possible. But Benz is certain: “The person responsible for the crime acted very intelligently and must have had a great deal of influence in the region.”

Politically, several approaches are currently underway to lift the 30-year statute of limitations for murder in Switzerland. In the case of Brigitte and Karin, that won’t do any good. The death of the two girls remains legally unclear and unpunished.

Do you or hat someone you know a suffered trauma?

See also  Morelos. They kill a veterinarian with bullets, she was waiting for her boyfriend on the street