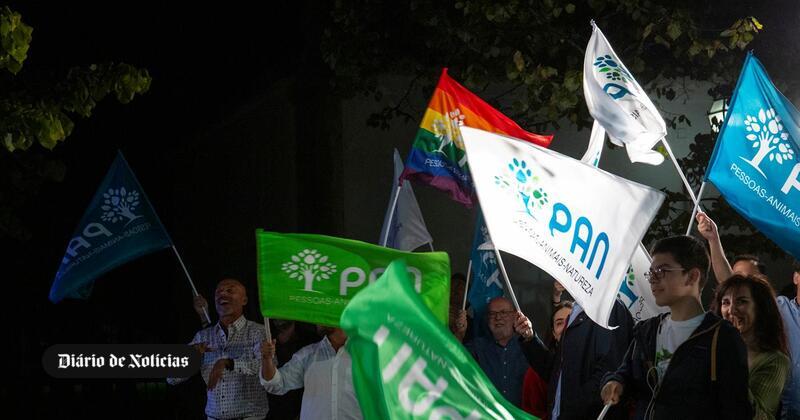 Whether at an extraordinary congress or at the magna meeting that the PAN will hold in 2023, there will be “an alternative candidacy” to the current leadership of the party. Who guarantees it is Nelson Silva, a former deputy and former member of the PAN Political Commission, from whom he resigned in February in protest against the failure to convene a congress, after losing three seats in the Assembly of the Republic, in the legislative of January 30. “There will be a candidacy for the National Political Commission, whatever the congress. Work is already underway on that”tells DN Nelson Silva, defending that “the very survival” of People-Animals-Nature is at stake.

In an accusation that is repeated among several critics of the current leadership, the former deputy accuses the direction of Inês Sousa Real of “persecuting” the misaligned militants and of carrying out a “political purge”. “There are people who are bullied on social networks, in WhatsApp groups of party structures”, points out Nelson Silva, who speaks of a growing disaffiliation of militants. The former board member also says that the collective dismissal in the PAN – justified by the decrease in state subsidies – is “being used to make a political purge”.

Nelson Silva was one of six members of the Political Commission who resigned in February, just days after that body decided not to convene an extraordinary congress. This group of activists, which was already complaining of a “total internal democratic asphyxia”, asked for the anticipation of the conclave (which, by normal deadlines, will take place next year) not only to take stock of the elections, but also to rectify the statutes – which were amended at the last congress, in a change that was later rejected by the Constitutional Court. Inês Sousa Real then announced that the PAN would start a process of internal consultation with the militants, referring to after these hearings any decision on an extraordinary congress.

Rui Prudêncio, also a former member of the Political Commission, believes that the PAN leadership “has no intention of holding the congress this year”: listening to the militants was nothing more than a “delaying maneuver to deflate the urgency of the congress”.

“It was a pro forma to justify not holding the conference. The idea is to delay as much as possible and find a way for people not to question”, also says André Nunes, another former member of the Political Commission, also former PAN chief of staff in Parliament, who criticizes what he says is a “a highly undemocratic and haughty stance on the part of this leadership, which is pushing the party towards irrelevance”.

Rui Prudêncio is the subscriber of an internal manifesto that calls for the convening of an extraordinary congress, a document that maintains that “in view of the electoral results of January 30” it is necessary “to legitimize the political course and direction of the PAN through active participation and result of the largest possible number of affiliates”. A conclave that should serve to “assess and legitimize the course of the PAN, to adapt the statutes of the last congress to the Constitution and to provide an opportunity to deepen internal democracy”.

The initiative, however, became another battlefield with the direction of Inês Sousa Real: the signatories asked the party to distribute the manifesto to the members, but the Political Commission refused. The promoters then appealed to the Council of National Jurisdiction (CJN), which decided that the statutes do not oblige the distribution, thus giving reason to the direction of the PAN. “The CJN is not being exempt”, contests Rui Prudêncio: “It is a right of members to be informed about relevant data about the internal life of the party. A manifesto is an important element in the internal life of a party.” On the table is now the possibility of an appeal to the Constitutional Court, although the TC’s long decision deadlines are an obstacle when the objective is to schedule a congress in the short term. , underlines Rui Prudêncio. According to the PAN statutes, the congress must be requested by 20% of the members. “We have close to 70% of the signatures and we will continue with the manifesto open”, he guarantees.

Regretting this whole process and the position of the party bodies, Paulo Baptista, municipal deputy in Faro and another of the subscribers (and who also resigned from the Political Commission), underlines that “the only thing that should have happened was a congress, as simple as that”. The current leadership “could even be reinforced” from the conclave, if the majority of the affiliates see fit – but the word “has to be given to the militants”.

Almost four months after the legislative elections that left the PAN with a single deputy, the atmosphere in the party is tense, with critics describing a climate of ‘witch hunt’. Diana Vianez, a former municipal deputy for the party in Póvoa do Varzim, says she is being the target of an internal investigation that she qualifies as “political persecution”. “I was contacted by a commission of inquiry that was formed in the Political Commission. I have been told that there are complaints against me, but they have not told me what the complaints are or who the complainants are. They told me that they could only inform me about it on the day of the interrogation, which I don’t think is very normal. I hired a lawyer”, this PAN activist tells DN. According to Diana Vianez, who says that she was removed without prior notice from the management of several pages of the party on social networks, after having written a critical assessment on her personal page, the critics of the leadership “are victims of bullying or political persecution” in the party.

Diana Vianez also argues that the PAN Political Commission is operating irregularly, an accusation subscribed by another activist, Mónica Ferreira, who argues that that body is not working with the 27 staff it should, after the layoffs that took place at the beginning of February. This is in addition to having members “with suspended mandate”, she claims, a figure “that is not foreseen” in the PAN statutes. The municipal deputy in Amadora says she has already asked for “the minutes of the last ten meetings” of the Political Commission to attest to the body’s compliance – “The answer they gave me was that they were not formally written”. advocating that the party is “extremely closed, with a few people dominating everything”Mónica Ferreira also defends the need for an extraordinary congress: “From the moment we had two electoral defeats, in the municipal and legislative ones, we needed a congress. Even if it was to revalidate political trust in Inês [Sousa Real]”.

Pedro Neves, PAN deputy in the Azores Regional Legislative Assembly, is less critical and says he understands that, at this time, the priority “for the party and for the country” is the State Budget for 2022. Once this process is over, the regional deputy – who also resigned from the Political Commission – will ask, together with Madeira, for a congress to rectify the statutes rejected by the Constitution. “The autonomous regions want a statutory congress”, says Pedro Neves, stressing that the structures of the Azores and Madeira are prevented from holding regional congresses due to the declaration of unconstitutionality of the TC. As for the elective congress, this is a “decision that belongs to the affiliates”.

The DN questioned the direction of the PAN both about the internal consultation process and about these accusations, but did not receive a timely response.

At Diário de Notícias dozens of journalists work every day to make news, interviews, reports and analyzes that ensure accurate information to readers. And this has been the case for over 150 years, as we are the oldest national newspaper. To continue doing this “service to the reader”, as our founder wrote in 1864, we need your support.