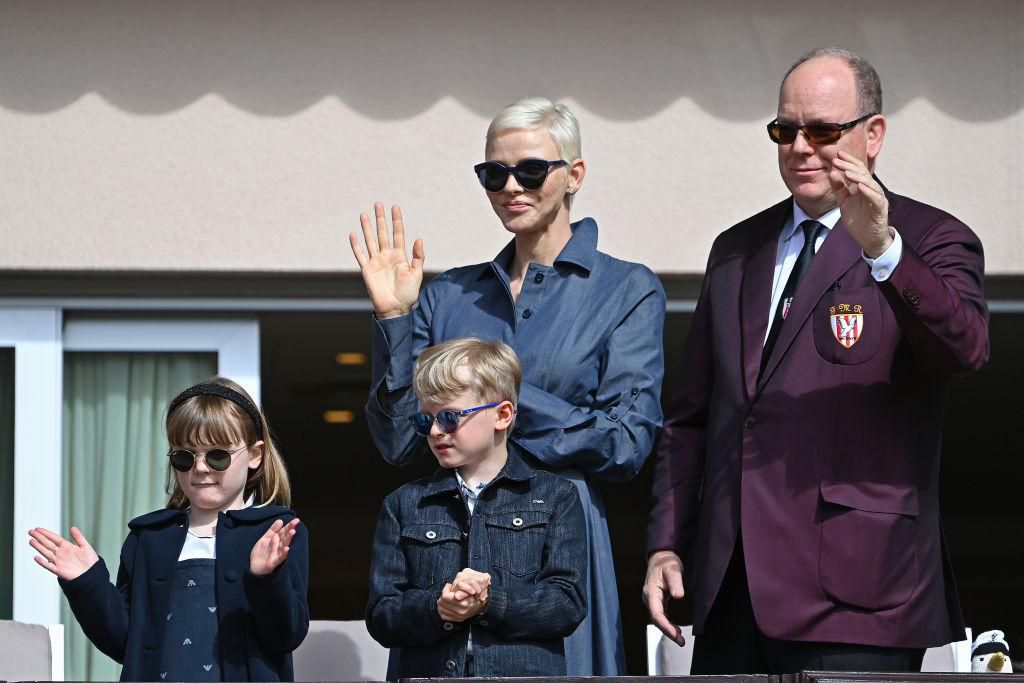 Crisis in the palace – is Charlène now leaving Monaco?

The strange story in the Monegasque royal family continues: Charlène should only have to fulfill official duties sporadically – but at a high price.

It looks like the world is finally perfect again in the Principality of Monaco: Princess Charlène is back on duty after not having any official appointments for over a year. On April 30, she made her first appearance alongside Prince Albert II and her seven-year-old twins Jacques and Gabriella at a car race in Monaco. And at the weekend she appeared in public again. This time she took part in a rugby tournament.

As usual, the 44-year-old made a serious to tortured impression. Especially with her husband, she seemed like the last place on earth she would want to be. But she can also be seen smiling in some photos, including one of her Instagram posts, where she cuddles up to her children.

So everything ok again? In any case, Charlène’s performances fit the palace’s schedule. When she returned to Monaco in mid-March after a four-month cure in a Swiss private clinic – whether in Zurich or Geneva, the gossip magazines still do not agree on this – it was said that she would now recover with her family. However, it would still be a few weeks before she was fully recovered and could only gradually resume her official duties.

“It’s not about a relationship problem.”

Since the 44-year-old is now officially showing up again, her most difficult crisis, which officially began over a year ago, seems to be over. In the spring of 2021, she traveled to her first home in South Africa and was only able to fly back to her family in Monaco in November due to an ear, nose and throat infection and several operations, and then immediately go back to Switzerland for treatment.

During all this time, Albert tried to get the rumors under control and kept making statements about his wife’s health. Charlene is extremely exhausted emotionally and physically and need a lot of rest, he said. To the “People»-Magazin he said last November: «To be clear: this is not about Covid. And not about cancer either. It’s not a relationship issue either. And while we’re at it, I’ll say that too: It has nothing to do with cosmetic surgery.”

Own life in Geneva, but without children

Since Charlène is officially at his side again, there are already the next rumors. The princess should only be back at Albert’s side temporarily and not entirely voluntarily. The French Magazine “Here is” writes in its latest issue that the 44-year-old has contractually committed to it.

She is said to receive twelve million euros a year for showing up at the mandatory appointments. However, she no longer has to stay in the principality between official events, but can build her own life near Geneva, according to “Voici”.

However, without her children Gabriella and Jacques. According to “Voici”, the twins would stay with their father and continue to go to school in Monaco. They are only allowed to spend time with their mother during the holidays. In addition, Albert would receive sole custody in the event of a divorce, the magazine is sure. The couple has not yet commented on the new rumors and their relationship status. But no matter what the two will say or do: nobody will really believe them anyway.

Denise Jeitziner is an editor in the life department and part of the “Der Morgen” newsletter team. Before getting into journalism, she studied law and has never regretted one or the other.