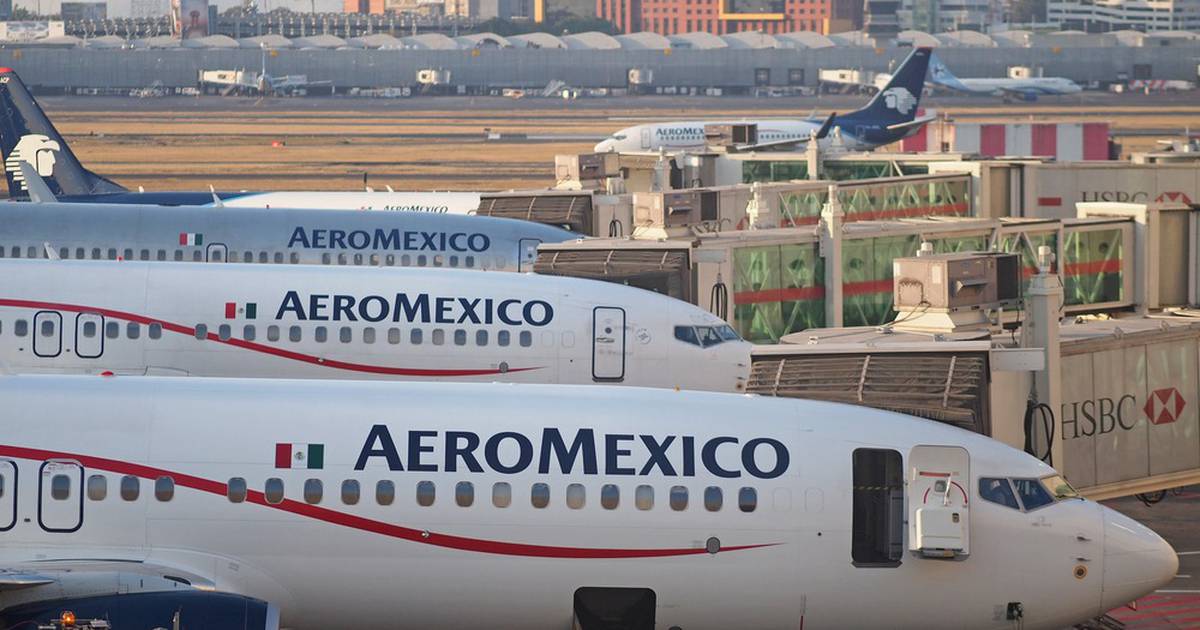 The flight of Aeromexico Towards the end of his bankruptcy he has a new obstacle: the Unsecured Creditors Committee (UCC), which wants to convince some suppliers, including the aircraft rental companies and the pilots union, to vote. against the restructuring plan proposed by the airline.

The UCC noted that the path to ending Chapter 11 protection is disproportionate and presents notable benefits for Delta Airlines, a partner of the Mexican company, in addition to providing more resources to some airline executives.

“The committee encourages the general unsecured creditors of Aerovías, Aeromexico Connect y Aeromexico Charge to vote no and reject the plan proposed by the debtors ”, indicated the documentation.

According to information from the Southern District Court of New York, where the Chapter 11 process of the Mexican airline has been carried out, the Committee estimates that the exit plan grants, inappropriately, 255 million dollars, of the new company, Delta, current shareholders and directors of the airline.

“The business plan on which the reorganization plan is based significantly underestimates the current and future performance of the company, resulting in a depressed evaluation and underestimated recoveries for unsecured creditors,” the Committee added in the documents.

The UCC is made up of the Union of Pilots of Aeromexico, aircraft lessors, as well as other related suppliers with which the company has debts, although restructured.

The final date for voting on the plan is January 7, 2022 and the 18 of the same month will be when the Court will hold the hearing to review the exit plan proposed by Aeromexico, in which the company will regroup its shareholders: while current investors will be completely diluted, Delta Airlines will have 20 percent of the new shares, Apollo 22.3 percent; and some Mexican investors will hold a 4.1 percent position.

See also  For whom refueling abroad is worthwhile

The rest of the company, around 53 percent, will be distributed among new shareholders who will enter the company through a Public Offer for the Acquisition of Shares (OPA), which was not well taken by the financial markets during the first days. after your ad.

The UCC also calls into question the 5-year plan proposed by Aeromexico, as it indicates that recovery is not adequately considered in the exit plan.

The Aviators’ Trade Union Association (ASPA), which maintained a strategic position in the committee of unsecured creditors, told El Financiero that it will support the exit plan as long as it respects three principles.

“Despite these comments from the UCC, as part of the Committee, our vote will be aligned with three factors that we have stated: that Mexican investment remains, the alliance with Delta, which is important, and put an early end to the restructuring process” José Suárez, ASPA’s press secretary, told this newspaper.

Aeromexico He submitted his proposal for voluntary adherence to Chapter 11 on the last day of June of the previous year, after which his process was accepted. Apollo Global was the investment fund that injected a billion dollars divided into a couple of ‘tranches’: the first of 200 million and the second of 800 million dollars.

René Armas Maes, a specialist in the airline sector, pointed out that the position of the unsecured creditors makes the airline more uncertain in its restructuring process.