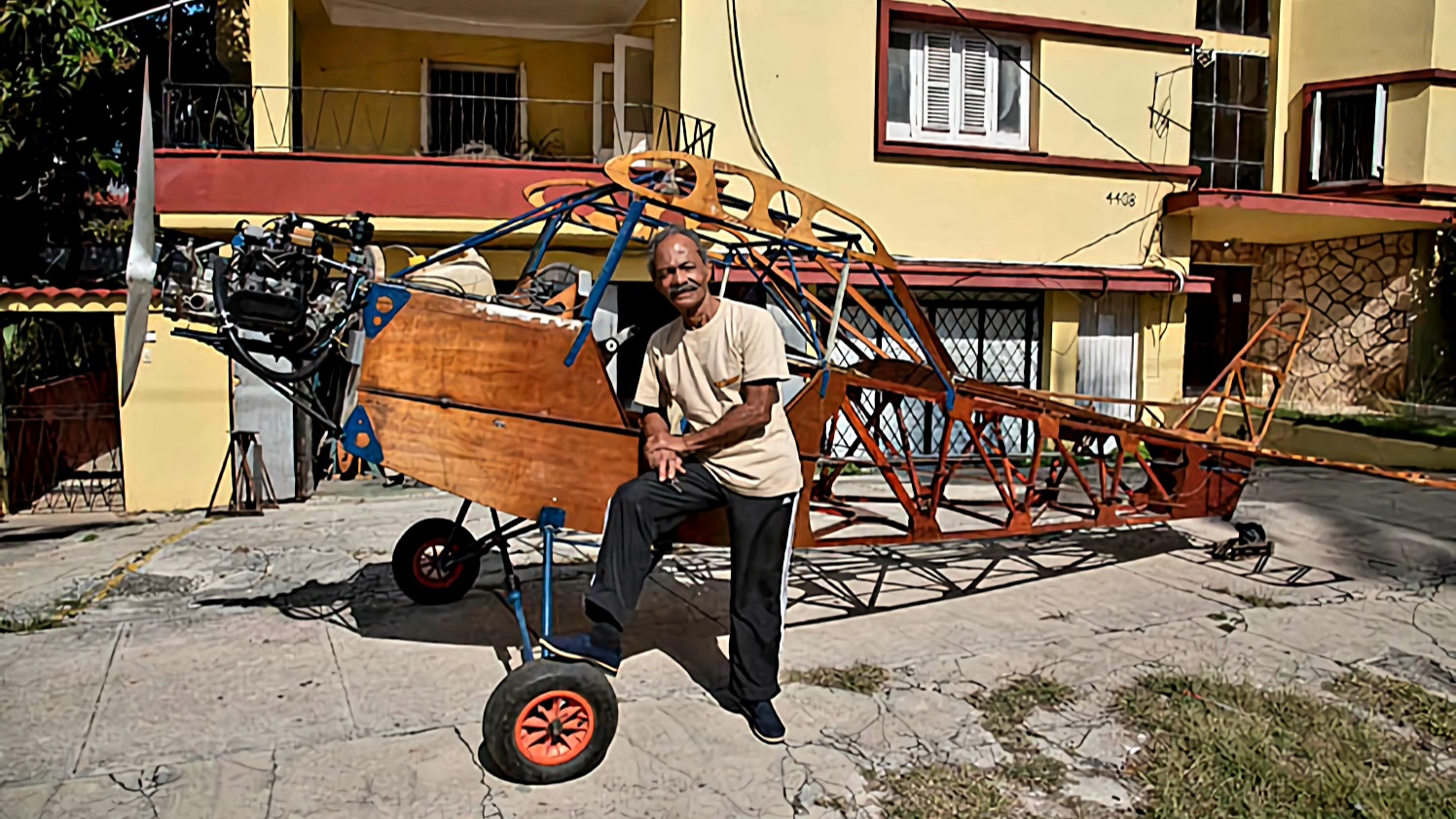 A report by Prensa Latina addresses the creation of a plane in Cuba and the wait for authorization to fly. We tell you the details.

Adolfo Rivera, member of the Cuban Aviation Club, counted told the agency that his “dream of flying and building aircraft began much earlier in his native Cienfuegos.”

He explains that they lived near the airport and “that’s where this story began in which I built gliders and learned to fly.”

“I made some ultralight planes and in 1986 I received my pilot’s certificate. René González was my checker instructor,” he told the media.

According to the information provided, “it is fulfilling the requirements of the Department of Engineering of the Institute of Civil Aeronautics of Cuba.”

It has been announced that “it has already successfully passed some tests and is now waiting for the authorization of the lining of its skeleton, to then start the flight tests.”

Among the technical characteristics, the agency refers to the fact that “it has an Austrian Rotax 582 engine with two pistons in its nose and enough power to carry two people.”

Its maximum weight is 400 kilograms. It reaches a “minimum speed of 61 kilometers per hour and a maximum of 145”.

According to Prensa Latina, “its creator waits patiently for the time to receive the green light for flight tests.”

Adolfo Rivera explains it this way: “it’s a whole procedure, first you have to roll it over. Then you raise your tail. Later you lift it a few meters and finally, when all that is fine, then to take to the air”.

See also  what do you tell about Ukraine. Gelo da Porro - The Weather

In this line, he assures “that his winged apparatus can go up to two thousand meters and reach a range of about 300 kilometers according to the automotive gasoline tanks that it will load on the wings.”

René González, president of the Aviation Club, explained to the media that the club has “nine ultralight aircraft rescued at the border and a Cessna product of a donation, which are ready to work for the Club.”