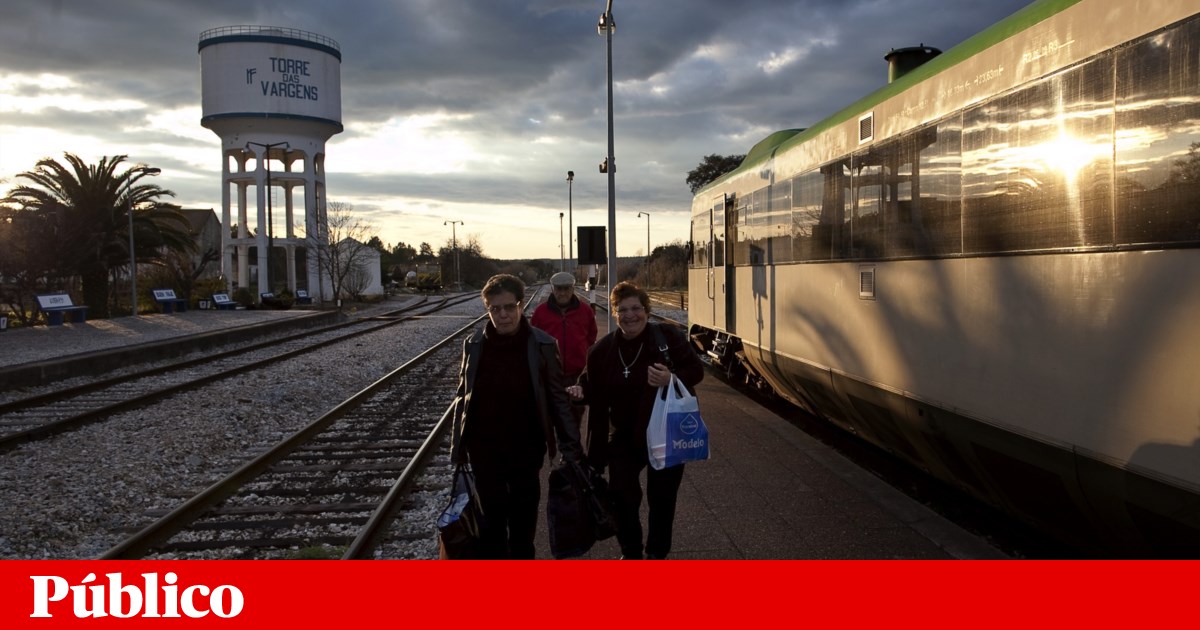 As of 31 July, CP will inaugurate a second round trip between Entroncamento and Badajoz in order to connect a new service from that city to Madrid that takes advantage of a section of the future high-speed line that was recently opened.

Despite reducing the journey between the two Iberian capitals from 11 to nine hours, the new alternative continues to oblige a passenger to make two transfers and take three trains. From Lisbon it will depart at 12:30 pm to change at Entroncamento for the new train that leaves at 1:36 pm, which arrives in Badajoz at 5:26 pm. At that station, ten minutes later, take the Spanish Intercity which arrives at Madrid Atocha at 10:04 pm (and Madrid Chamartin at 10:18 pm).

In the opposite direction, it will be possible to leave Madrid at 8:30 am and, with the same transfers in Badajoz (1:24 pm) and Entroncamento (4:00 pm), arrive in Santa Apolónia at 5:00 pm. If Chamartin and Gare do Oriente are considered instead of the ends of the route (Atocha and Santa Apolónia), the journey between the two cities takes nine hours. These schedules are provisional and may change slightly.

The new connection will be made by Allan railcars, which is the oldest material that CP has at its service and which only circulate on the East line. It is a composition with a single vehicle, originally built in Holland in the 50s of the last century and which in the 90s underwent a modernization that has extended its life to the present day. Breakdowns of these railcars in Alto Alentejo have been frequent.

See also  Sheriff already has a solution to return to Moldova, which closed its airspace - Europa League

CP tried to carry out this service with more modern equipment, but was faced with the shortage of its diesel fleet, which is mainly allocated to the Douro, Minho, Oeste and Algarve lines. Until new trains arrive and there are no more electrified lines that release diesel cars for other services, the company cannot have better quality material on the East line.

These new timetables, which come into effect on the 31st of July, represent an improvement over the current situation in which the trip to Madrid takes 11 hours and includes yet another transfer in Mérida. But it is just a patch on what is the absence of quality rail connections between Portugal and Spain since the Sud Expresso and Lusitânia Expresso were suspended in March 2020. These trains crossed the Vilar Formoso border and daily connected Lisbon, Coimbra and Guarda to Salamanca, Valladolid, Burgos, Vitória, San Sebastian, Ávila and Madrid.

Since then, only two trains a day make a round trip between Porto and Vigo and a railcar connects Entroncamento to Badajoz.

When a 150-kilometre stretch of the Madrid – Badajoz high-speed line was inaugurated on 23 June, the president of Renfe, Isaías Táboas, told PÚBLICO that he had proposed to CP to extend a Talgo train from Madrid to Lisbon, thus resuming a direct journey between the two capitals. But CP’s answer was enlightening: it has improved the connection to the Spanish train in Badajoz, but it does not want a direct connection to Madrid via the East line for now, preferring to resume the Lusitânia Expresso via Beira Alta and Salamanca where there is more market.

See also  Home ownership is getting more and more expensive

This international train, which had sleeping carriages, resulted from an agreement between CP and Renfe with equal sharing of income and expenses, but the Spaniards, on the pretext of their suspension caused by the pandemic, unilaterally broke the deal and announced that they would not return. to put it into circulation.