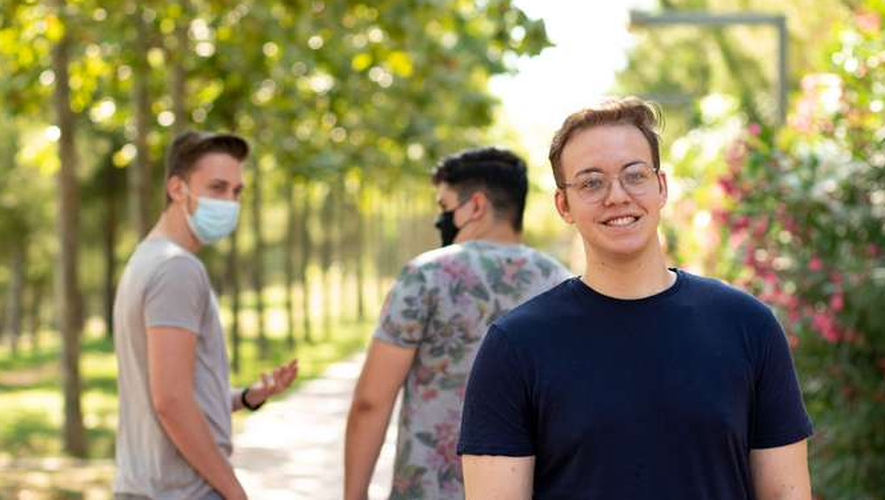 Covid: Why do some people not catch the virus?

“I never caught the Covid”. We are less and less numerous to pronounce this sentence. Yet some continue to resist. So how do you explain, after seven waves, that some have never contracted Sars-CoV-2? Update with Sandrine Sarrazin, Inserm researcher at the Marseille-Luminy Immunology Center.

To be or not to be contaminated… Since the spring of 2020, more than 32 million cases of Covid-19 have been identified in France. A figure that only reflects part of the reality. For Sandrine Sarrazin, Inserm researcher at the Marseille-Luminy Immunology Center, “eBetween asymptomatic forms that have gone unnoticed, people who have been infected twice“, not to mention the screening campaigns that began well after the first cases occurred and the self-tests not counted, it is still difficult today to know with certainty the number of people who have actually been affected by Sars-CoV- 2.

Still, some have never developed the disease in 7 successive waves. So how to explain it?

“It’s hard to imagine people who wouldn’t have been in contact with the virus“, notes Sandrine Sarrazin. “But there must still be rare cases of very isolated people, outside the big cities, never taking public transport, scrupulously respecting barrier gestures, who may have escaped the virus… But this is probably not the majority of those who never developed the disease.“Another hypothesis, “those who had it but did not show symptoms, or who thought it was a cold or flu “, and therefore who imagine themselves to have slipped through the cracks.

“A French team (Inserm/APHP) led by Professor Jean-Laurent Casanova has already shown that genetic and immunological predispositions explain nearly 25% of severe forms of Covid-19, without there necessarily being any presence of comorbidities “, continue l’immunologiste. “Conversely, there is no doubt that there are people better equipped genetically. The same team is also in the process of looking at the genes of health professionals exposed to Sars-CoV-2 before vaccines or masks were available… and who did not develop the disease..”

Other work has already been conducted on this possible “genetic protection”. Take, for example, these scientists from theNewcastle University who found that the HLA-DRB1*04:01 gene is found three times more often in asymptomatic people. This suggests that carriers of this gene exhibit some level of protection. Note, however, that this gene is directly correlated to latitude and longitude. Clearly, there are more carriers in northern and western Europe. This suggests that European populations are more likely to remain asymptomatic… while risking transmitting the disease to the most susceptible populations.

A recent study published in the journal Nature Communications showed that being exposed to rhinovirus, the most common cause of the common cold, could protect against Sars-CoV-2 infection. In this work, researchers from theimperial college london found that high levels of T cells generated by the body when infected with other human coronaviruses (such as the common cold), may protect against Covid-19 infection. “But this is only a hypothesis”, tempers Sandrine Sarrazin. “Vaccination also generates strong immunity. However, this does not prevent the disease from developing.“

From the start of the pandemic, scientists have been interested in the link between blood type and the risk of developing the coronavirus. Thus, many scientific publications have noted an association between belonging to group O and being protected against the Sars-CoV-2 virus. But Sandrine Sarrazin recognizes that “we came back from this postulate. Because if in studies there has been a correlation between blood group and severity of Covid cases, there has never been any demonstration of any protection against infection.