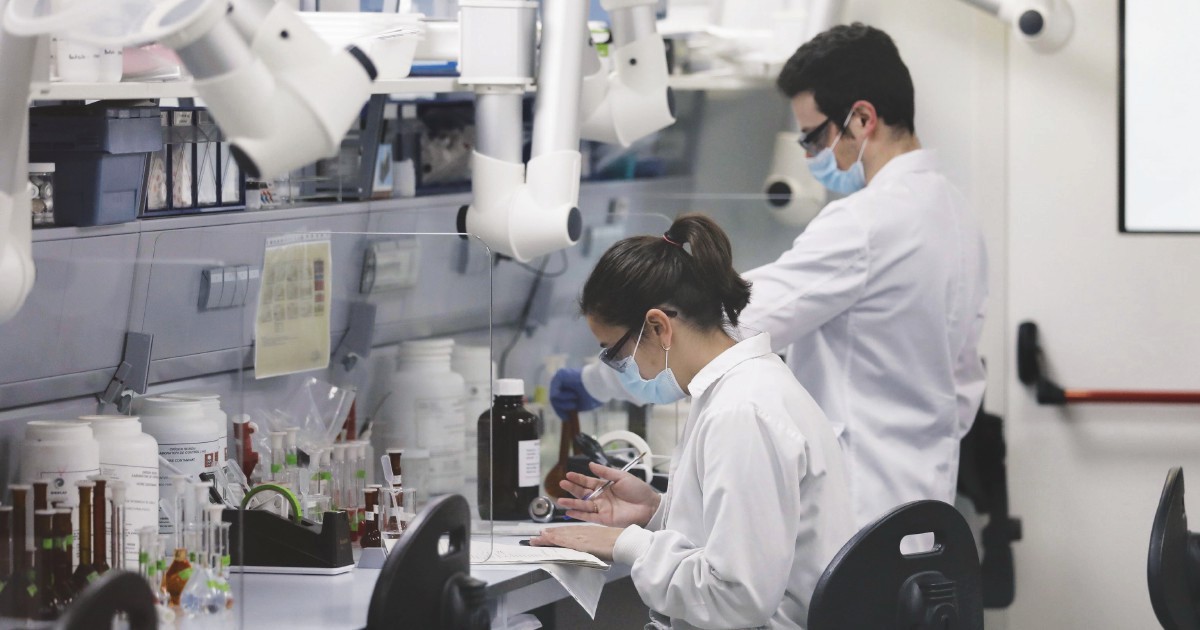 It had been announced as early as January 28 from Giorgio Palù, president of the drug agency (Aifa) together with Pierpaolo Sileri, then Deputy Minister of Health. It will be coordinated byHigher Institute of Health (Iss) under the guidance of the virologist Paola Stefanelli. But months after the first announcement, and 18 months after the start of the pandemic, the national network for the sequencing of the genomes of SarsCov2 extracted from the positive subjects is still at the starting blocks. “We will have one National Network for sequencing to discover and monitor the variants when Covid will no longer exist ”comments Amaro Graziano Pesole, geneticist and director of Elixir, the European infrastructure based in Bari which together with a network of Italian universities and research centers manages the Covid-19 Data Portal, where the genetic sequences of the variants of all the world. “Maybe we will need it for a possible next pandemic, maybe, but for this one it is too late, also because, fortunately, cases are collapsing”.

Sequence the genome of how many virus samples extracted from positive swabs is akey weapon to identify new variants in time, ie when they circulate at most in 1% of the positive population national. It is essential to follow its evolution, to intervene in time for nip any outbreaks and determine whether or not they are resistant to current vaccines. Not surprisingly the Great Brittany established its own network of specialized laboratories already in March 2020. It is no coincidence that many of them were discovered there variants that we know today. In Italy, however, we are not leaving. The fact had revealed last December the serious lack of the national network for the sequencing and the disastrous consequences in terms of contrasting pandemic. Within two weeks, the announcements of Aifa and Ministry of Health. But 6 months later, still no leaf is moving.

To hinder its birth there is above all the resistance regional centers of reference, such as the Institutes Zooprophylactic and the laboratories of microbiology of hospitals Covid. “They managed their national surveillance, through swab analysis, and now they don’t want to give way to large research centers specialized in genomics”Tells the source he prefers remain anonymous. Italy boasts many, of European reference: to name a few, Elixir of Bari, the Tige of Pozzuoli, the European Institute of Oncology (Ieo) in Milan, the laboratory of the military hospital Celio, the Institute of Applied Genomics (Age) of Udine (contacted by Iss for constitute the network). They have a capacity of sequencing thousands of times higher than regional laboratories and a know how specifico to analyze data and metadata associated with sequences genetic. In an all-Italian paradox, i regional laboratories they are gearing up to buy new ones sequenziatori, at the expense of the taxpayer, while i supersequencers which the genomics centers are already equipped with (and cost up to 2 million euros), are at a standstill.

“The approximately 180 regional laboratories responsible for surveillance, those who swab and transmit the results to the ISS, are the masters of the samples – explains the source -. If they decide to keep them and do not send them to the centers in genomics to be sequenced, the process stops ”. The insistence of many regional laboratories to want to do it themselves translates as follows: al May 31 Italy performed only 0.7% of whole sequences population positive, against the minimum threshold of 5% that the European Center for Disease Prevention and Control (Ecdc) has established. That is, Italy has only deposited 32,491 sequences on the world reference portal Gisaid – the one where researchers from all over the world gradually insert each genomic sequence from SarsCov2 samples. Germany has filed 120,806 (third country in the world by number of sequences) UK, 430,472 (second). The US, over 500,000. If we go to restrict the field to individual Italian regions, the differences between one and the other are enormous. Campania is the most virtuous, with 46 sequences per thousand positive (it reached 5% as indicated by the ECDC), thanks to the Tigem-Campania Region agreement, which provides that all the samples extracted from the swabs are sent to the Tigem to be sequenced. There Lombardy, the fulcrum of the European pandemic, barely reaches 0.7%, among the lowest in the rankings. The fact that in Lombardy alone there are about 70 regional laboratories accredited for surveillance, leaves no doubt that the regional centers are not up to carry out by yourself the sequencing.