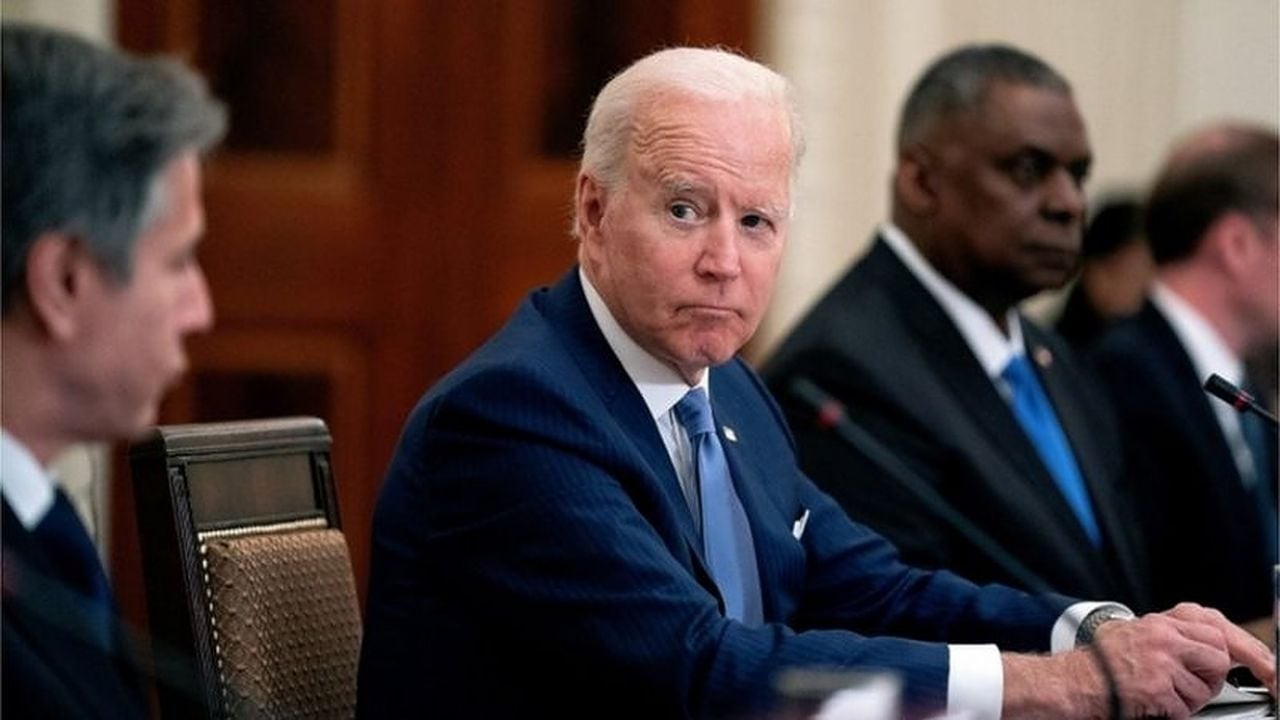 The president of the United States, Joe Biden, this Wednesday ordered the intelligence services to “redouble” efforts to investigate the origins of the covid-19 pandemic, including the theory that it came from a laboratory in China, something that a WHO’s March report concluded that it was “extremely unlikely.”

The president argued that the United States intelligence community is dividida on whether the pandemic was the result of a laboratory accident or arose from human contact with an infected animal.

International authorities linked the first cases of COVID-19 to a market in the Chinese city of Wuhan, leading scientists to theorize that the virus was first transmitted to humans through animals.

But recent reports in the United States suggest that the virus could have left the Wuhan Institute of Virology, one of China’s leading virus research laboratories, through a accidental leak.

For its part, China criticized what it considers a “politicization” of the investigation into the origin of the pandemic.

What the WHO concluded about the origin of the virus

The World Health Organization report last March established that the virus probably passed from bats to humans through another intermediary animal, but admitted that more research was needed.

The document was the result of a mission in which a group of 17 Chinese experts worked together with 17 international experts.

The investigation included a trip to China at the end of January, during which the specialists visited hospitals, markets and laboratories for 14 days.

However, the mission was strictly controlled by the local authorities, who initially resisted it being carried out.

The report also left open the possibility that the virus had reached humans through food products, including frozen foods commonly sold in markets like Wuhan.

The scenario that the virus had reached humans due to an incident in a laboratory was classified as “extremely unlikely”.

Why is Biden doing this now?

In a statement released Wednesday, Biden said he had requested a report on the origins of the coronavirus after taking office, “including whether it arose from human contact with an infected animal or from a laboratory accident.”

When I received it this month, I asked for a “additional follow-up“.

The US president said that most of the intelligence community had “rallied” around those two scenarios, but that he does not believe that “there is enough information to assess that one is more likely than the other.”

The president now asked the agencies to “redouble their efforts to collect and analyze information that brings us closer to a definitive conclusion.”

He added that the United States “will continue to work with like-minded partners around the world to pressure China to engage in a comprehensive, transparent and evidence-based international investigation.”

Speculation about the Wuhan Institute of Virology began last year and was propagated by former President Donald Trump.

In April 2020, State Department cables emerged showing embassy officials were concerned about biosafety in the laboratory.

The theory that the virus originated in a laboratory leak was largely dismissed and labeled as a marginal conspiracin limit.

However, doubts have persisted and recent reports attributed to US intelligence sources say that three members of the Institute of Virology They were admitted to the hospital in November 2019, several weeks before China recognized the first case of the new disease.

Anthony Fauci, President Biden’s top medical adviser, has maintained that he believes the virus was transmitted from animals to humans, although this month he admitted that he was no longer sure that COVID-19 had developed naturally.

Biden’s statement came a day after his health secretary, Xavier Becerra, urged the WHO to ensure a “transparent” investigation into the origins of the virus.

“Phase 2 of the study of the origins of covid-19 should begin with transparent terms of reference, based on science and that give international experts the independence to fully assess the source of the virus and the first days of the outbreak “, He said.

The Chinese embassy in the United States warned against “politicizing” tracking the origin of the virus.

“Smear campaigns and blame-swapping are making a comeback, and the ‘lab leak’ conspiracy theory is making a resurgence,” the embassy said in a statement posted on its website, which did not directly mention Biden’s comments. .

“Politicizing origin tracing, a scientific issue, will not only make it difficult to find the origin of the virus, it will unleash the ‘political virus’ and seriously hamper international cooperation on the pandemic.”

Beijing previously suggested that the covid-19 virus may have come from a US laboratory.

In its statement, the Chinese embassy in the US said it supported a full investigation into “some secret bases and biological laboratories around the world. “

A spokesman for the Chinese Foreign Ministry on Thursday criticized the “dark history” of the US intelligence community, saying that the “motives and purposes of the Biden administration are clear.”

Since it was first detected in the Chinese city of Wuhan in late 2019, more than 168 million cases of Covid-19 have been confirmed worldwide and at least 3.5 million deaths have been reported.