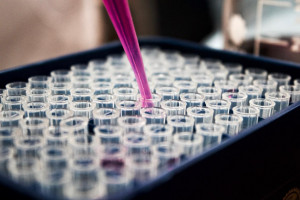 Preclinical experiments with cepharanthine and nelfinavir successful, according to Japanese researchers

Tokyo (pte001 / 06/07/2021 / 06:00) – Researchers from Japan, the US and the UK have launched a project to effectively treat COVID-19. Several researchers from Tokyo University of Science http://www.tus.ac.jp/en were involved. Her goal is to cure COVID-19. To do this, the scientists created an experimental system for screening drugs that could help control the infection.

This system uses a type of cell called VeroE6 / TMPRSS2. They were modified so that they were effectively infected with SARS-CoV-2 and also produced it themselves. According to researcher Koichi Watashi, only the VeroE6 / TMPRSS2 cells were exposed to the drug and SARS-CoV-2 to test the possible effectiveness of a drug in fighting the infection. It was then observed whether the presence of the drug prevented the virus from trying to infect the cells.

Because these two drugs have specific antiviral mechanisms, co-administration could be particularly effective in patients. Mathematical models predict that the combined treatment with cepharanthine / nelfinavir can accelerate the elimination of SARS-CoV-2 from a patient’s lungs by up to 4.9 days. The research results were published in “iScience”.