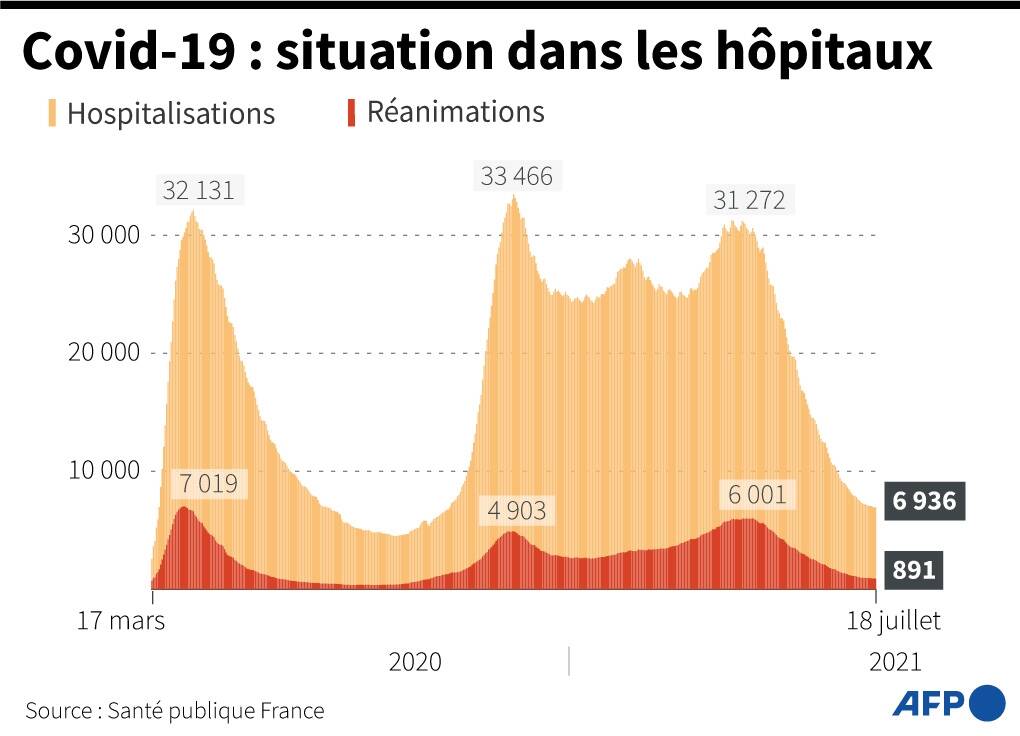 The health agency reported 12,532 cases detected in 24 hours, the highest number for a Sunday since mid-May.

“The alarm bells have been sounded. France has gone back above the alert threshold with an incidence rate of more than 50 per 100,000 inhabitants, an increase of 80% over one week, unheard of since the beginning of the crisis “, says government spokesman Gabriel Attal in an interview published Sunday by Le Parisien.

The vast majority of these new cases are due to the highly contagious Delta variant. Logically, the test positivity rate is increasing: it is 2% (over seven days to D-3), against 1.6% the day before.

Mortality Sunday is five dead in 24 hours, bringing the total of deaths to 111,501 since the start of the epidemic.

Likewise, the pressure on the hospital remains moderate.

In total, 6,936 people are hospitalized in France because of Covid-19, or 14 more than the day before, when this figure had fallen to its lowest since October.

The trend is the same in critical care services, which treat the most serious cases: they welcome 891 patients, one more than the day before, when this statistic was at the lowest since September.

Epidemiologists hope that even if contamination is on the rise, the “fourth wave” of Covid-19 will be less felt in the hospital thanks to the progress of vaccination.

According to the Directorate General of Health, the milestone of 45% of the total fully vaccinated population was reached on Sunday, with 30,339,179 people affected. In addition, 37,544,220 people received at least one injection (or 55.7% of the total population).