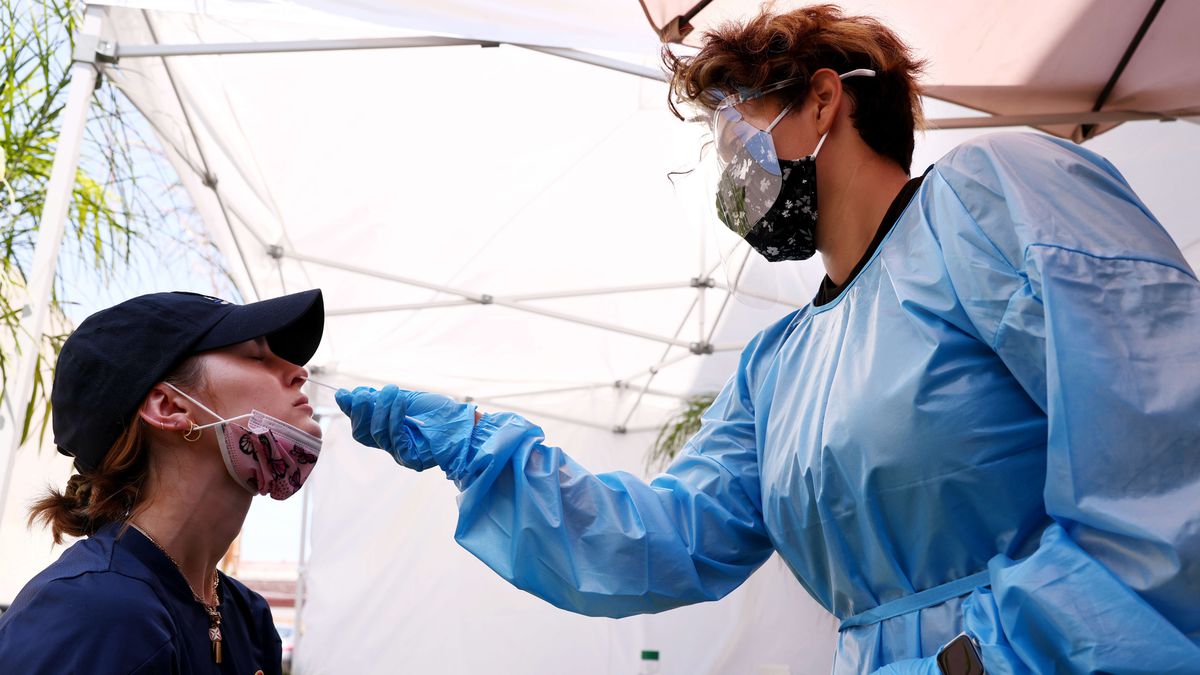 Los Angeles County, the most populous in the entire United States, will require the mask indoors again from midnight this Saturday and regardless of whether or not they have been vaccinated against covid-19. The measure has been announced this Thursday morning by the city authorities in the face of the unstoppable advance of the coronavirus, especially the delta variant. The decision had been announced as a suggestion two weeks ago but is now mandatory, after six days in which more than 1,000 new cases of infections have been reported daily, something that had not happened since March. “This is a time for all of us to get down to business. We have significant levels of community transmission, ”said Muntu Davis, the doctor in charge of managing the city of 10 million inhabitants.

Davis reported 1,537 new cases on Thursday. The positivity rate in tests has also gone from 2.3% last week to 3.2%. These new data force the main city of California to raise its guard, a state that just a month ago had decreed its reopening due to the level of vaccination and the end of some measures, including the indoor mask. “We are not at the same time as June 15. We have more than 1,500 cases today so we need a different action ”, said the doctor.

99% of the new cases have occurred in patients who have not been vaccinated. The rate of vaccination is one of the indicators that most concern the authorities, as it remains stagnant. Some 51,000 immunizations are being shot each day, one of the lowest averages since seen. 59% of Californians, about 23.3 million people, have at least one dose of the vaccine. 51% already have both.

In this way, Los Angeles becomes the third county to reverse the measure announced in mid-June. In recent days, Yolo and Sacramento, in northern California, had adopted similar measures in the face of the advance of the delta variant, which has already become the dominant one in the United States. The mandatory nature of the masks will be in force “until the results begin to be noticed,” Davis said at a press conference. The doctor did not rule out stricter measures if the situation worsens.

California is experiencing a rebound that is already affecting other entities in the country. Orange, San Diego and San Bernardino counties are on alert because they have seen a steady increase in cases for seven days. Orange, for example, has gone from an average of 48 cases a day to one of 150. The Center for Disease Control and Prevention (CDC) considers that these regions are experiencing a “substantial” level of community transmission, the second level of the four that has the office chaired by Anthony Fauci. The State has registered an increase of 175% in infections in the last week compared to the immediately previous one. Davis has asked those who have not been vaccinated not to travel to the states of Nevada, Florida, Arkansas, Missouri and Louisiana due to the high levels of infection.