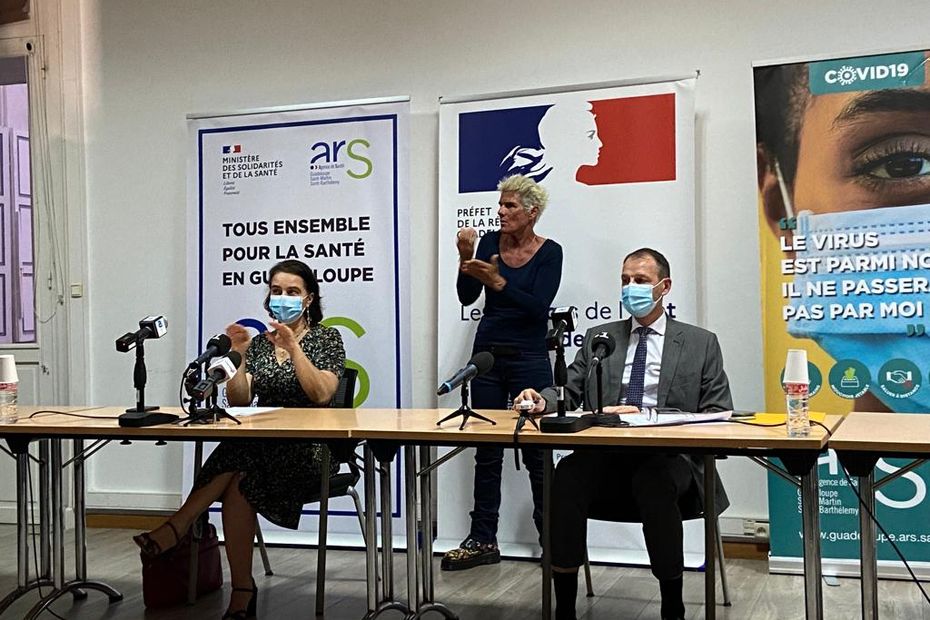 Covid-19 cases multiplied by 4 in one week in Guadeloupe

The Covid-19 contamination figures have been flying in the department for a few weeks. 13,215 new cases were identified in one week. More than 60,000 tests have been carried out. And since the start of the week, more than 6,000 have been registered.

“The situation is changing exponentially“… The director of the regional health agency sets the scene. Between January 3 and 9, 13,215 new cases of Covid-19 were recorded in the archipelago, against 3,344 the previous week.

All indicators are in the red

The health authorities are worried … And for good reason, the incidence rate jumped last week. It is now 3,500 per 100,000 inhabitants. Last August, at the height of the 4th devastating wave, this rate was 2,300.

The positivity rate also increased sharply and rose from 12 to 21%.

These figures correlate with the number of tests performed in the department in a week. 62,683 tests were carried out. The Omicron variant remains in the majority with 96% of the cases recorded against 4% for the Delta variant.

16 new clusters have been registered. 21 are being observed, particularly in the workplace.

Health authorities have noticed a shift in the age of infected people. If the previous weeks, the vast majority of positive cases concerned those under 40, this percentage is gradually decreasing. 55% of the latest cases identified concern patients under 40 years of age. Guadeloupeans of older age categories are increasingly affected.

Proof that the epidemic is experiencing dizzying growth, Valérie Denux announced that between Monday 10 and Tuesday 11 January, 6,000 positive cases were identified.

Guadeloupe is no exception since this wave is now having an impact on the hospital.

65 new hospitalizations and 11 intensive care admissions last week. Among the latter, none is vaccinated, said the director of the Regional Health Agency.

Two new deaths are to be deplored, two women aged 93 and 98. The first died at Marie-Galante, the second at the CHU.

No surge in vaccination

The vaccination coverage rate for those under 18 for the first injection is 21.94%.

The vaccination coverage rate (at least one injection) of the population over 12 years of age in Guadeloupe is equal to 44.48%.

Vaccination on the side of caregivers still on the rise

To date, the protection rate for liberal caregivers has increased from 89.50% at the end of the year in the territory to 90.74% including psychologists, the first week of the year.

Nearly 80% of psychologists are vaccinated.

It should be noted that the pharmacists holding dispensaries are all in compliance with the vaccination obligation.

We are at the heart of the 5th wave. Wave of violence that we had not known until now.

The prefect intends to break the dynamic of the epidemic’s progression with the braking measures already in place in the territory.
As a result, no new restrictions were announced this Wednesday, January 12.

Wearing a mask and respecting barrier gestures are still relevant today.
The curfew remains from 8 p.m. to 5 a.m.

But Alexandre Rochatte has already announced that if these measures were not enough, others would be taken. He notably mentioned a review of the curfew or confinement, if that was necessary.